Today, we meet the youth activists who want to transform Thai politics, learn about Turkey's plans to censor social media, and dust off an old nuclear power plant in the Philippines.

Thank you for reading.

Young Thais take on the generals... and the King

Thousands of young people have taken to Thailand's streets in recent weeks to raise their voices against an increasingly unpopular government. Angry protests are a dime a dozen in the Land of Smiles, so why is this movement different?

First, the protestors are defying strict social-distancing rules under an ongoing nationwide state of emergency to prevent the spread of the coronavirus. Second, they are facing off against the powerful Thai military, which seized power following a 2014 coup and rewrote the country's constitution to win a parliamentary majority following a carefully stage-managed election in 2019. The political dominance of the generals is now deeply entrenched.

Third, this youth movement is the first in a generation that has no ties to either the ultra-royalist, military-backed "yellow shirts" or the populist "red shirt" supporters of Thaksin Shinawatra, the exiled former prime minister deposed by a previous coup in 2006.

But most importantly, these protestors are breaking a taboo that will horrify many older Thais by (indirectly) questioning the authority of the King. It's is a game-changer for Thai politics — an assault on an institution that has remained the only national symbol of continuity and stability since 1932.

For this movement, the only way to restore Thailand's democracy and bring transformative change is to oust the entire existing power structure.

These activists are staging their protests in new ways. They mobilize via social media to organize flash mobs. When security forces gather to oppose them, they flash a three-finger salute of youth resistance popularized by the Hunger Games book and movie franchise.

The protesters have three demands. First, they want to scrap the constitution that has allowed the generals to manipulate the electoral system, for instance by disbanding the progressive Future Forward Party for accepting a loan from its own founder to finance the 2019 campaign. Although the party finished third in the vote, it was then barred from entering an anti-military coalition government by a creative interpretation of electoral law and the intervention of the Senate (which is entirely appointed by the military).

Second, they want the resignation of Prayuth Chan-ocha, the 2014 coup leader who decided to stay on as prime minister. And third, the military must stop going after peaceful pro-democracy activists, one of whom recently turned up dead in Cambodia.

The movement' s message is also focused on the future of young people in Thailand, where the economy is expected to shrink by more than 8 percent this year due to the impact of COVID-19 on the tourism industry.

Warnings that they have nothing to lose have even emboldened the protestors to target the (until now untouchable) monarchy. At rallies, demonstrators have waved signs calling to "abolish 112," the section in the Thai criminal code that punishes with 3 to 15 years behind bars any offense to the royal family. It's a painful indictment of King Vajiralongkorn… only four years after he succeeded his father, the much more widely revered King Adulyadej.

The former monarch was loved by most Thais, in part because he sometimes intervened in times of political unrest to ease tensions. The new King's unpopularity, heightened by news that he spent the coronavirus lockdown at a luxury resort in Germany, leaves him deeply dependent on the military (which explains why he forbade his own sister, Princess Ubolratana, from running for prime minister against Prayuth in 2019).

Change is not on the horizon. Not yet, at least. The military and monarch have more than enough muscle to beat back protests. But the willingness of members of this movement to cross lines that have never been crossed before signals a generational transition that could upend Thailand's power structure in years to come. 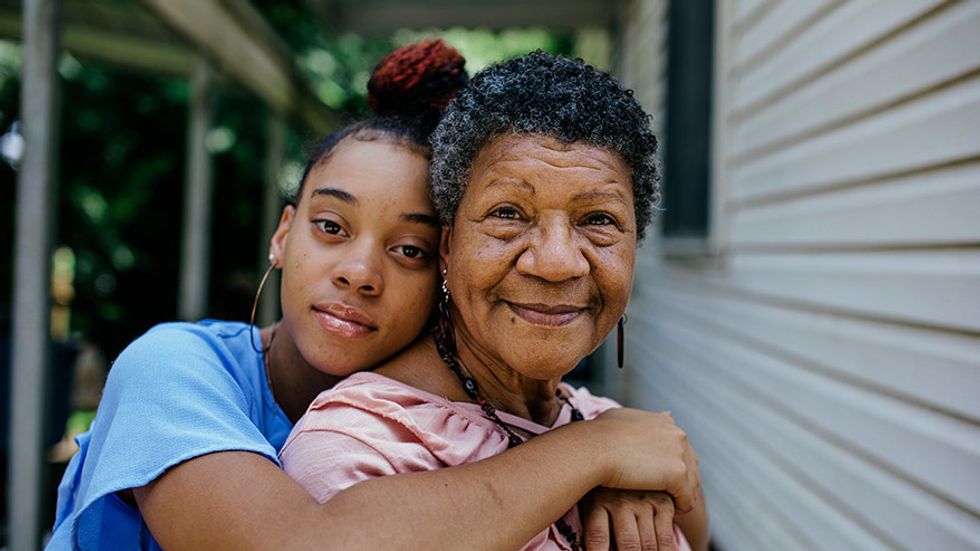 Bank of America announced a $1 billion, four-year commitment of additional support to address economic and racial inequalities in our local communities that have been intensified by a global pandemic.

Turkey suppresses social media: Turkey's president, Recep Tayyip Erdogan, likes to dominate the conversation. In power since 2003, he and his Justice and Development party have succeeded in tightening their grip on the media in recent years. More than 90 percent of the country's traditional media outlets are now controlled by companies with ties to the government. Turkey has also become one of the world's leading jailers of journalists. This media-control mission now extends into cyberspace. Since nationwide protests in 2013 and a coup attempt in 2016 threatened his hold on power, Erdogan has unleashed an army of trolls to attack critics and journalists. This week, Turkey's parliament passed legislation that forces social media platforms like Facebook, YouTube, and Twitter to remove content the government doesn't like. To enforce the law, which takes effect on October 1, these companies are required to open offices, and store user data, inside Turkey. Failure to comply could lead to bandwidth cuts of up to 95 percent that slow their speed and make them unusable inside Turkey's borders.

Jordan's messy elections: After Jordan's King Abdullah II issued a royal decree calling for parliamentary elections, the polls were scheduled for November 10. Although the Jordanian parliament has legislative powers, many see it as a tokenistic body made up of business elites who play a secondary role to the country's powerful monarchy. (The King has the constitutional mandate to appoint governments and pass legislation.) Indeed, political chaos is currently the order of the day in Jordan, where the main opposition party, the Jordanian branch of the Egyptian-based Muslim Brotherhood, was recently dissolved by Jordan's top court on the basis that the group had failed to "rectify its legal status." (Egypt has dubbed the group a terrorist organization.) The Muslim Brotherhood, meanwhile, has said it will appeal the verdict. Whatever the outcome, Jordan's new parliament will be charged with the difficult task of steering the country's post-pandemic economic recovery as unemployment soars and GDP is projected to contract by at least 3.5 percent this year.

China targets... the Vatican: Amid ongoing negotiations between Beijing and the Vatican to try and resolve a host of issues, state-sponsored Chinese groups have hacked the Holy See's digital infrastructure, according to a private cybersecurity group. The hacks, which occurred over the past three months, were launched as the Vatican and Beijing prepare to meet in September to discuss the Catholic Church's operations in China, long a point of contention between the two sides. Beijing and the Vatican have been at loggerheads for years, dating as far back as the 1950s when the Holy See officially recognized Taiwan. But the relationship has grown increasingly tense recently because of freedom of religion restrictions in China — including the establishment of detention camps for Muslim Uighurs and other minorities — as well as China's security crackdown in Hong Kong, which the Vatican has condemned. Upcoming negotiations were meant to be a continuation of a 2018 agreement where the two sides notionally agreed to a joint process for selecting bishop candidates to the official church in China. We're watching to see how this revelation affects what was supposed to be the start of some sort of détente.

How could politics damage the process of developing and distributing a COVID-19 vaccine, and shake public confidence in the process? Find out from Ian Bremmer's GZERO World interview with former US Surgeon General Dr. Vivek Murthy. Watch the clip here.

12,000: The Trump administration revealed on Wednesday that it plans to remove 12,000 American troops stationed in Germany, most of whom — 6,400 — will return to the US, while the remaining troops will be redeployed throughout Europe as part of NATO. Many analysts say that the move is emblematic of deteriorating German-US relations under the Trump presidency.

40: Over 40 percent of American renters could be evicted from their homes in the near term because they can't afford to pay their rent. This assessment comes as the federal government's economic relief boost, which has been providing relief for 25 million unemployed Americans, is set to end this week.

0: The Philippines is reviving plans to become the first Southeast Asian country with nuclear energy. The country already built a nuclear plant in the 1980s, but never turned it on, and since then the plant has produced zero watts of energy. Nuclear power is seen as a possible fix for the Philippines' dual problem of spotty supply and high electricity costs.

50: At least half of Mumbai's slum population — 50 percent — is believed to have been infected by COVID-19. Close to 57 percent of the city's slum-dwellers (from a random sample size of 7,000) have now tested positive for coronavirus antibodies, suggesting that these locales, where social distancing is impossible and the sanitation environment is poor, could be moving closer towards the herd immunity threshold.

This edition of Signal was written by Carlos Santamaria, Gabrielle Debinski, and Willis Sparks. Spiritual counsel from Jezero, a 30-mile wide crater of a former lake on Mars where scientists hope to uncover secrets about ancient life on the Red Planet. NASA's new Mars rover, Perseverance, is scheduled to launch on July 30 and land at Jezero in February 2021.