Donald Trump and Justin Trudeau: The opposite of a love story 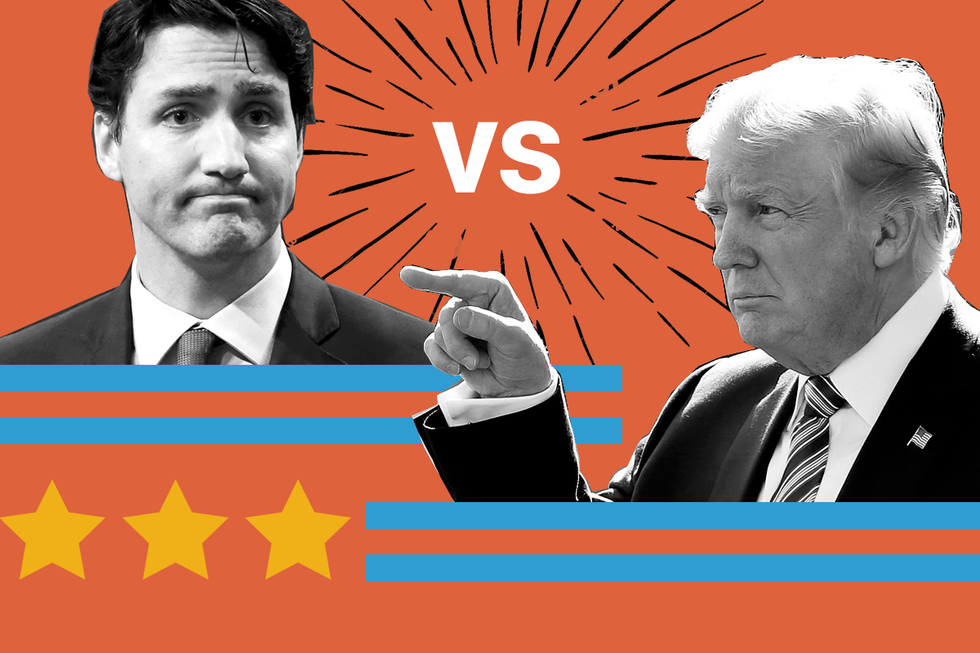 It's the stuff of real high-powered, honorable diplomacy.

While schmoozing with his chums – including Prime Minister Boris Johnson of Britain and President Emmanuel Macron of France – at a Buckingham Palace reception at the NATO summit in London, Canadian Prime Minister Justin Trudeau was caught on video referencing President Trump's impromptu news conference earlier in the day: "You just watched his team's jaws drop to the floor," Trudeau said, oblivious that he's being recorded. President Trump, who has zero tolerance for public mockery, responded as you might expect from the president of the United States: he called Canada's premier "two-faced" and departed the summit early, abandoning a slated press conference.

But this public spat is just the latest in a string of soap-opera events between President Trump and Prime Minister Trudeau. It's worth taking a (strange) walk down memory lane to gauge the backstory.

Amid a row last year over renegotiating the North American Free Trade Agreement (NAFTA) between the US, Canada, and Mexico, President Trump tried using tariff threats as leverage to get Trudeau to make concessions on his country's highly protected dairy industry. After Prime Minister Trudeau said that Canada wouldn't be "bullied" on trade, Trump unleashed a tweet storm from Air Force One while on his way to meet North Korea's dear leader, calling Trudeau "very weak and dishonest."

Trump also claimed to have rejected the Canadian leader's overtures for an in person meeting, but Trudeau's spokeswoman swiftly hit back, saying "no meeting was requested" in the first place. Again, embarrassing Trump on the world stage. After a year of torturous negotiations the two leaders and their Mexican counterpart agreed on the parameters of a United States-Mexico-Canada Agreement.

And how could we forget that spellbinding photo against a romantic French backdrop this summer of a smitten Melania Trump air-kissing Justin Trudeau. Even RT, the Kremlin-steered media outlet, weighed in on twitter: "Everyone should find someone who looks at them the way Melania looks at Justin #Trudeau."

Prime Minister Trudeau today sought to play down yesterday's embarrassing incident, saying that he has "a very good relationship" with his American counterpart. Meanwhile, President Trump is already on a plane back to Washington DC. One thing's for sure: there's no love lost between these two leaders.