As the holiday shopping season gets underway, consumers are facing empty shelves and sky-high prices. What explains the supply chain crunch and how is it related to the highest levels of inflation in the US in 30 years? Ian Bremmer is joined by economist Larry Summers, who served as the Treasury Secretary under President Clinton and as the Director of the National Economic Council under Barack Obama. Also on this episode of GZERO World with Ian Bremmer: the plight of the lowly shipping container.

The Korean Peninsula from K-Pop to Kim Jong-un

Subscribe to GZERO on YouTube to be the first to see new episodes of GZERO World with Ian Bremmer: http://bit.ly/2TxCVnY

Nuclear weapons: more dangerous than ever?

In recent years, as nuclear disarmament worldwide has slowed to a crawl, world powers are engaging in a new kind of arms race: a technological one. Today's nuclear threat is not about who has the most nukes, it's about who has the smartest ones. Arms control expert Kelsey Davenport joins Ian Bremmer on GZERO World to talk about the world's long fascination with these horrible weapons and how close we still remain to all-out nuclear war.

Fires, floods, and droughts. Climate change is already happening but so far humans have been slow to react. Will the UN Climate Conference (COP26) produce lasting change or just more hot air? On GZERO World, Ian Bremmer speaks with Inger Andersen, Executive Director of the UN Environment Program. Plus, a look at what's driving the United Kingdom's fuel shortage.

Can Big Government still rein in Big Tech or has it already lost control? Never before have just a few companies exerted such an outsized influence on humanity. Today's digital space, where we live so much of our daily lives, has increasingly become an area that national governments are unable to control. It may be time to start thinking of these corporations as nation-states in their own rights. On GZERO World, Ian Bremmer speaks with Nicholas Thompson, CEO of the Atlantic and former WIRED editor-in-chief, about how to police the digital world.

Is a robot coming for your job? Kai-Fu Lee explains AI

Artificial intelligence is changing the way we live — and very soon it'll go beyond medical breakthroughs and the algorithms that control your social newsfeeds. Will AI become the biggest technological disrupter since the Industrial Revolution, replacing many workers with robots? In this week's show, Ian Bremmer discusses the future of AI with AI scientist Kai-fu Lee, who's just come out with a book about what our AI-driven world may look like 20 years from now.

Can President Biden tamp down growing global skepticism and persuade his allies that the US is really "back"? Or is America's credibility irreparably damaged no matter what Biden, or any future president, says or does? Ian Bremmer is joined on GZERO World by global affairs journalist and Middle East expert Robin Wright of The New Yorker to discuss why Biden, the most geopolitically experienced US president in decades, is already looking to hit the reset button on America's foreign policy.

The pandemic hit the global economy hard, and many economies are still hurting. But it could have been even worse. In May 2020, economic historian Adam Tooze told GZERO World that the world was facing a second Great Depression. Now in a new interview with Ian Bremmer, Tooze is back to explain why the US economy rebounded so surprisingly fast, while much of the rest of the world lags behind.

António Guterres, the United Nations Secretary-General, does not mince words when it comes to the dire state of the world. "We are standing at the edge of an abyss," Guterres warns. COVID is "defeating" the global community and a climate catastrophe is all but assured without drastic action. Amidst this unprecedented peril, there remains a startling lack of trust among nations. And yet, there is still hope. In a frank (and in-person!) GZERO World interview, Ian Bremmer heads to the UN ahead of the annual General Assembly week to discuss COVID, climate, the US-China rift, and the ongoing crisis in Afghanistan.

20 years have passed since 9/11, but is the US any safer? As the Taliban regains control in Afghanistan, was the War on Terror a failure or has it kept America safe from harm? And how did US allies feel as the last American planes left Kabul? On GZERO World, Ian Bremmer speaks to two people who have had a hand in crafting global policy since the towers fell: Michael Chertoff, who served as Secretary of the US Department of Homeland Security under President George Bush; and Rory Stewart, who worked extensively in Afghanistan in his role as UK Secretary of State for International Development and beyond.

Afghanistan, 2021: Afghan & US military perspectives as the last soldier leaves

Two decades of war in Afghanistan came to a tragic close on August 31 as President Joe Biden announced from the White House that the last US troops had left the country. "I was not going to extend this forever war," Biden said, "and I was not extending a forever exit." On GZERO World, we hear from three people whose lives have been forever changed by the conflict.

Berkeley scientist Jennifer Doudna won the 2020 Nobel Prize for her work on the revolutionary gene-editing technology known as CRISPR. It has the potential to cure genetic diseases like sickle cell anemia and hereditary blindness and may even be used to treat cancer and HIV. But when it comes to editing humanity, where do we draw the line?

This year's Olympics faced some major hurdles. But the pandemic was only part of the picture. The Tokyo Games played out against a backdrop of mounting global tension surrounding gender equality, racism and human rights, leaving many people to examine the place of politics on the playing field and podium. On GZERO World, Ian Bremmer looks at the long history of protest at the Games with Dick Pound, the longest serving member of the International Olympic Committee and a former Olympic athlete himself.

The (political) power of alcohol

Alcohol. It's a dangerous drug that has ruined countless lives and derailed many a global summit. But it's also humanity's oldest social lubricant, a magical elixir that can fuel diplomatic breakthroughs, well into the wee hours of the night. As Winston Churchill once quipped, "I've taken more out of alcohol than alcohol has taken out of me." On GZERO World, we take a deep dive down the bottle and examine the role alcohol has played in society, politics, and global summitry—from the earliest hunter-gatherer days to that memorable Obama Beer Summit in 2009. Joining Ian Bremmer is philosopher Edward Slingerland, whose new book Drunk: How We Sipped, Danced, and Stumbled Our Way Into Civilization makes a compelling, if nuanced, case for alcohol's place in the world. 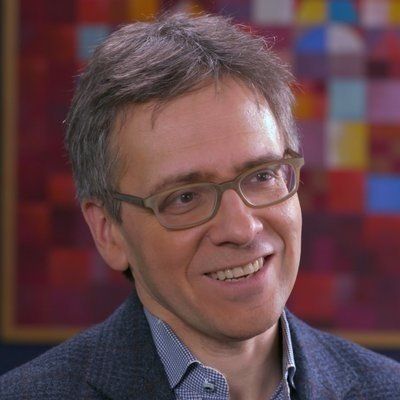 Ian Bremmer
Ian Bremmer is President and Founder of Eurasia Group and GZERO Media. He hosts the weekly digital and broadcast show, GZERO World, where he explains the key global stories of the moment, sits down for an in-depth conversation with the newsmakers and thought leaders shaping our world, and takes your questions.