How should business leaders run their companies during the coronavirus pandemic?

I think the question every business leader will probably have to answer is, what did you do during this war, this battle against coronavirus? 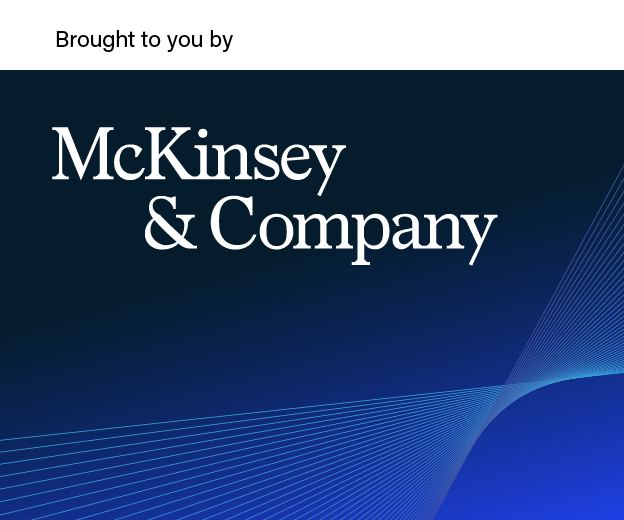 Coronavirus response in Brazil and Mexico

How are Brazil and Mexico responding to coronavirus compared to other countries?

They're abysmal. Look at Brazil and Mexico, and President Trump looks like a model of statesmanship in comparison. In both cases, you have leaders that are saying this isn't a crisis. It shouldn't be taken so seriously. Don't do shutdowns. And in the case of Mexico, they're still pushing austerity. What a disaster. They're really going to suffer. They have nowhere near the kind of resilience or cash on hand that say the Americans, the Europeans, the Japanese do. It's really, really sad.

What is holding up the coronavirus relief package in Congress?

Ben White, Chief Economic Correspondent for Politico, provides his perspective on the news in US politics:

What is holding up the coronavirus relief package in Congress and how would it help Americans?

The biggest holdup is Democrats are not comfortable with the $500 billion fund to bail out certain industries like the airlines. They think there are not enough strings attached, not enough limits on executive pay or stock buybacks. They also want more unemployment insurance, extensions, and other efforts to aid individuals. But overall, it would send checks to a lot of Americans, earning under $100,000 or $75,000. It would do a lot to help bail out small businesses. So, a lot of good stuff in there and I think they'll make a deal.

Misinformation, Internet Bandwidth & Hacking in the World of Coronavirus

Nicholas Thompson, Editor-in-chief of WIRED reflects on the state of technology in the world of COVID-19: Question one: In this new world of coronavirus, how vulnerable are we to the spread of misinformation and how do we combat it?

We are extremely vulnerable because we're hyperemotional. We're desperate for a cure. We're looking for any thread of optimism we can find, and so people are able to exploit that. What can we do about it? Well, the platforms have to take responsibility like they've never before. Journalists have to take responsibility. And the good news, platforms are taking strong actions, stronger than in the past.

Which country is combating the COVID-19 pandemic best? Who's doing worst?

Best? Clearly, Singapore, Taiwan. Got out early. Had tests. Incredibly transparent. They got clear information to their people and the people actually listened to their government. Relatively small, wealthy, and homogeneous populations, also with health care systems that actually work. So, I would say they're doing it the best. Who's doing it the worst? Got to be Iran, where you have lack of capacity, lack of information, no trust in government, massive and early explosion of cases, awful lot of people getting killed. Beyond that, though, there are a lot of leaders out there that are doing it badly. Leaders that early were basically telling a great story to their people and as a consequence, weren't able to respond effectively. Effectively lying to their people and here, I mean, it doesn't matter what side of the political spectrum you're on, you need to get facts out there early and not just what your gut tells you. In the UK, Boris Johnson. In the United States, Donald Trump. In Mexico, Lopez Obrador. In Brazil, Bolsonaro. I mean all have really mishandled this for their own populations and as a consequence, the impact of coronavirus, it's going to be a lot worse.

That's a great question. So, the bond market is the way people describe the marketplaces, the primary and secondary marketplaces where debt securities are issued by public and private sector entities. So, there's a lot of different types of bonds. There is muni bonds, federal government bonds, corporate bonds. US treasuries are federal government bonds that people typically go into or buy in order to seek some safe haven from the market conditions.

How has corporate America changed since the events of 2008?

Really, there are three forces which have changed corporate America for good. One: Globalization. No longer seen as the panacea, now seen as a real force that may actually be dismantled, as barriers go up across the world, forcing businesses to reevaluate their supply chains. Two: Rising inequality. Questioning the role of business and its contribution in society more generally, leading to a shift among CEOs from the shareholder to the stakeholders, the many that now require a different set of metrics and a different way of doing things. And thirdly, of course, the change that's been brought about now as the climate becomes a source of instability. For years business was able to plan, safe and secure in the knowledge that the environment at least was something that predictably would not cause an issue. Well, today that's no longer the case. Whether it's global warming and with it, the temperature changes which have led to some of the flooding and indeed the very different forces which are changing insurance premiums around the world or indeed the attitude of the young men towards those who pollute the environment. There isn't a business out there that can afford not to act and take stock of their environmental footprint. So, much has changed and it's not going back.

What's on the mind of 21st century CEO leaders?

What's on the mind of 21st century CEO leaders?

First question, what's my mission and how do I explain it to the world? Secondly, to whom are we accountable, shareholders are stakeholders? Thirdly, what's the right time horizon in which to think about the investments we make and the returns we earn? Fourthly, who benefits? How do we think about the way in which benefits get shared, whether it's compensation or the broader dividends that our company generates? Fifthly, how do I think about the workforce, the way in which the workforce is being changed through technology and the implications for the benefits and employment that workers enjoy? Six, how do I think about inclusion?

What is driving the shift from shareholders to stakeholders?

Kevin Sneader, global managing partner for McKinsey & Company, shares his perspective on the business world: What's driving the shift from shareholders to stakeholders?

Are CEOs getting real about climate change?

The answer, yes. Why? One, it's personal. Many have watched with horror the wildfires that took place recently. Others have even been evacuated. And for some, the snow set in Davos, they experienced incredibly mild temperatures that laid all to quip that climate change really has arrived. But the other reasons are a growing understanding of the nature of climate change.

Welcome to Business In 60 Seconds with McKinsey's Kevin Sneader

As the head of a leading management consulting firm, global managing partner of McKinsey & Company Kevin Sneader has an inside view into the challenges facing the world's top executives. Every Thursday, Sneader will address questions about key issues like attracting and retaining talent, growing revenue, navigating change, staying ahead of the competition, and corporate responsibility – all in 60 seconds.

Ben White on US Elections & the Coronavirus Bill

Coronavirus response in Brazil and Mexico

How should business leaders run their companies during the coronavirus pandemic?

Misinformation, Internet Bandwidth & Hacking in the World of Coronavirus