The Graphic Truth: Urbanization around the world 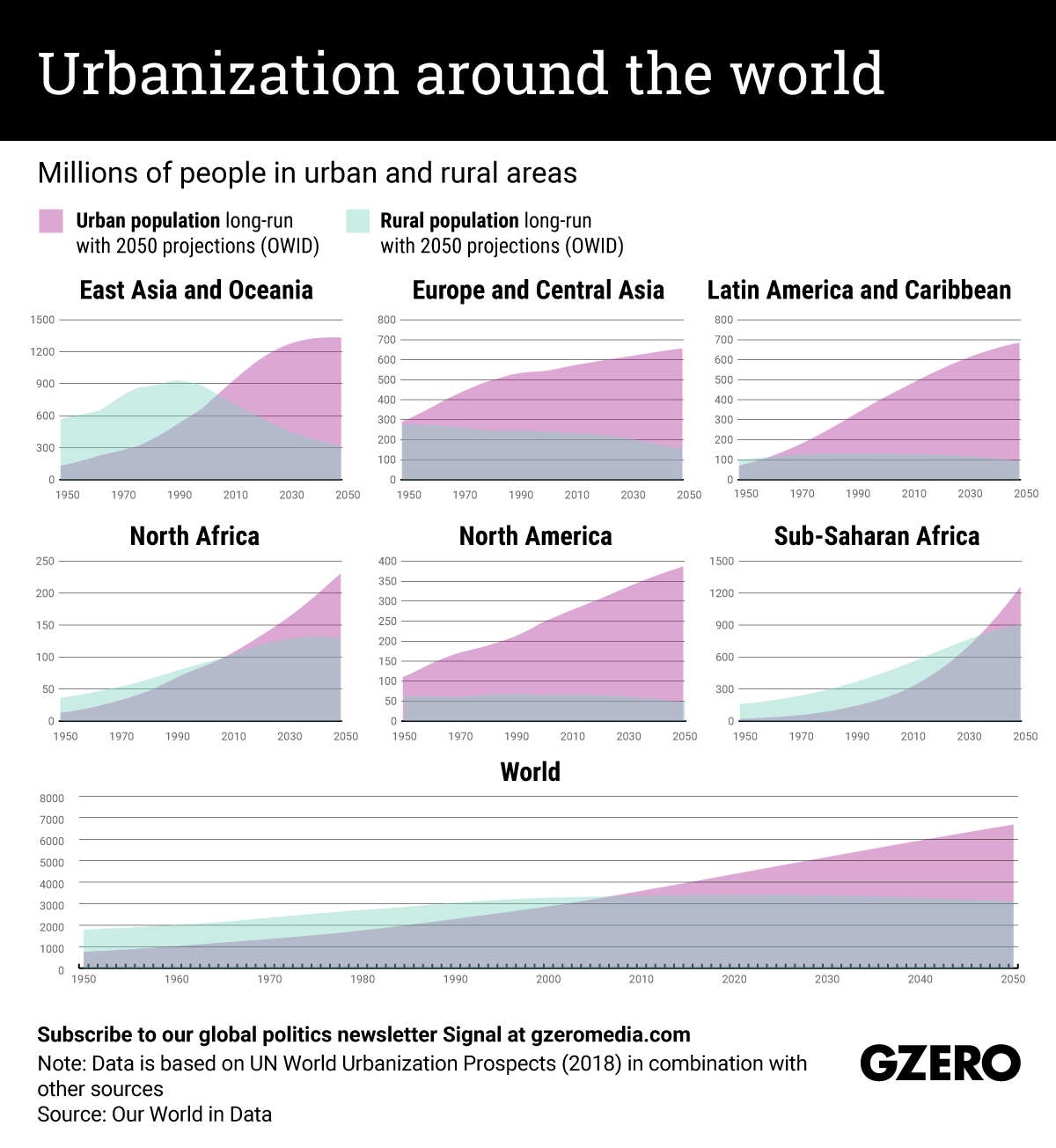 Over the past seven decades, dozens of countries have experienced rapid urbanization as people flock from rural areas to cities in search of more diverse economic opportunities. During that time, the global urban population has increased six-fold. Here is a look at how that trend has played out in major regions of the world. While North America and Latin America have been predominantly urban for decades, it is only more recently that East Asia has made this transition, while Sub-Saharan Africa is just on the cusp of being majority urban. Here is a look at how urbanization played out globally since 1950, with forecasts out to 2050.