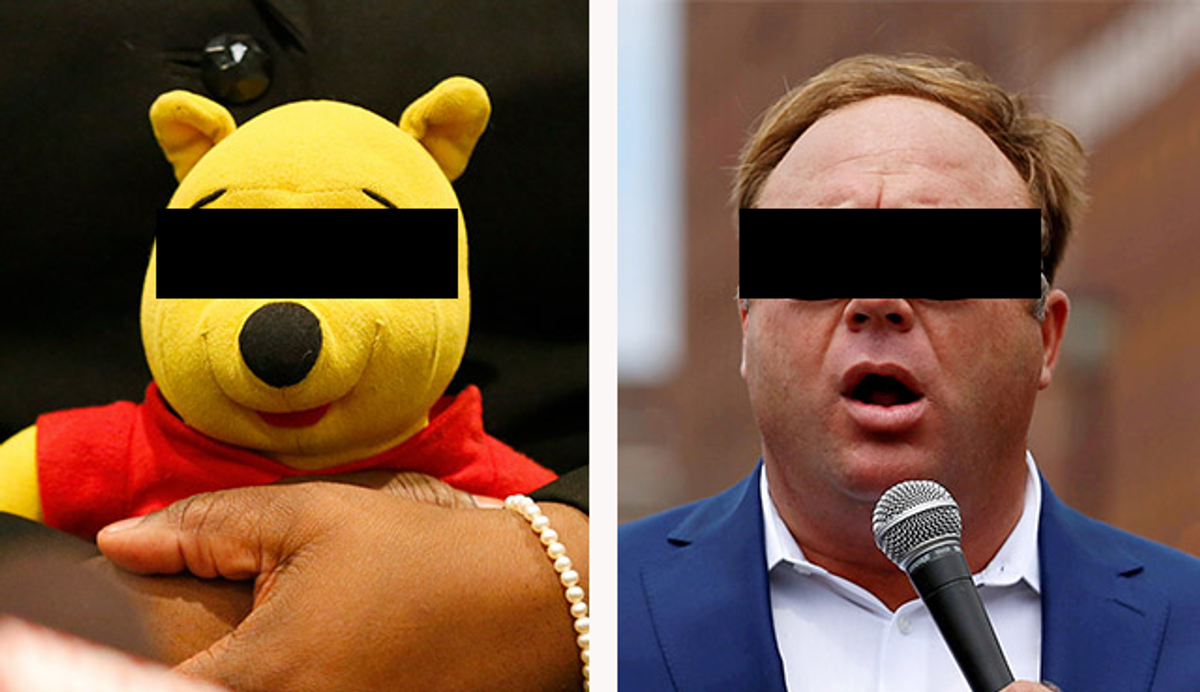 We’re living through a cartoonish period in global politics. Just look at the US and China, for example, where the fate of two very different cartoon(ish) characters reveals something important about each country’s biggest political fears.

Last week, The Hollywood Reporter revealed that Chinese censors had bannedWalt Disney’s new Winnie-the-Pooh live-action film, Christopher Robin, from theaters. It’s part of an ongoing crusade against the portly, honey-addicted cartoon bear, which, it is widely agreed, bears a certain resemblance to Chinese President Xi Jinping. Xi’s opponents have made a meme of the lovable storybook character, using it to poke fun at the country’s most powerful leader since Mao. It seems absurd. Is China, the aspiring superpower, really so afraid that its leader can’t stand a little ribbing that it has to ban a cartoon bear? Xi isarguably the most powerful man on the planet, and cuts a strong figure as the head of a newly “confident” China. But as Beijing girds for a trade war with the US, the government doesn’t want a little bear to open the way for bigger criticism of China’s leadership. Millions of would-be Winnie-the-Pooh fans will just have to go see something else.

Meanwhile, in the US, a cartoonish villain has become a poster-boy for the country’s deepest anxieties. Fans of Alex Jones, a conspiracy-mongering talk radio host -- who, among other things, has spread baseless claims that the Sandy Hook school shooting was a hoax -- can no longer find their favorite entertainer on Facebook, Apple, and YouTube. In recent days, those companies banned him from their services on the grounds that he was using hate speech. The fear here isn’t making a mockery of the national leadership, it’s that lies and disinformation will exacerbate divisions in society and undermine trust in institutions that are critical to a healthy democracy. Technically, there’s no free speech conflict – these are private companies. But their decision to deny Jones the use of their megaphone raises broader questions – does keeping the internet safe for democracy require rooting out poisonous speech? If so, should governments be regulating these companies more closely? Or does silencing someone like Jones just risk exacerbating the divisions he was inflaming in the first place?