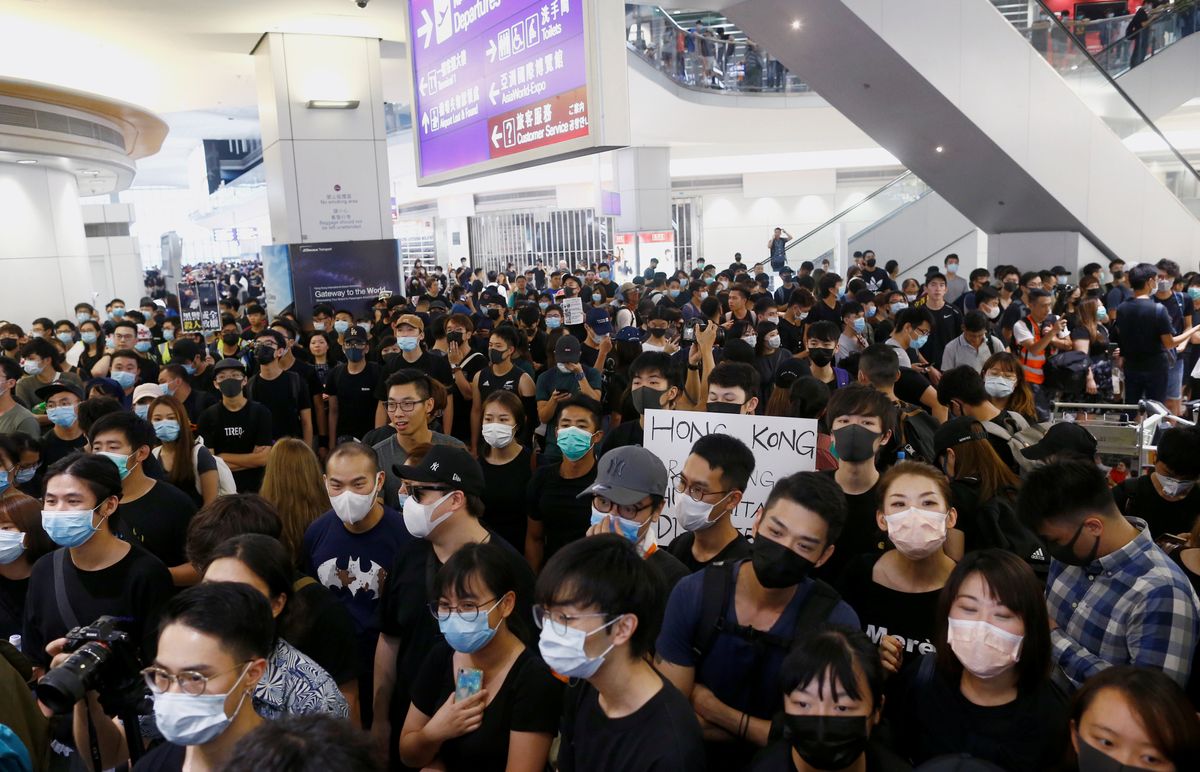 A pivotal weekend in Hong Kong – Some 300,000 demonstrators are expected at Hong Kong's Victoria Park on Sunday, in the 11th straight week of protests. Chaotic and partly violent demonstrations shut down Hong Kong International Airport this week, and tensions are high. Chinese paramilitary forces are reportedly drilling on the mainland close to the Hong Kong border. Xi Jinping, the president of China, knows a military crackdown would cripple Hong Kong's reputation as a stable financial center and could hurt the Chinese economy more broadly. But he may eventually conclude he has little choice but to snuff this out before other restive regions of China get similar ideas. The tenor of the marches this weekend will offer a clue about which way it's likely to go.

Maduro's crackdown on the military – One reason Venezuelan President Nicolas Maduro has survived an economic collapse, a popular revolt, assassination attempts, and a failed coup by opposition leader Juan Guaido is that the military brass has stuck with him. For one thing, they are tied to the regime's lucrative illegal businesses and black market schemes. But there's also now a stick to go along with that carrot: The New York Times describes Maduro's "growing reliance on torture" and purges of military officers – including alleged coup-plotter Captain Rafael Acosta, who died after being beaten and electrocuted to in a Venezuelan military hospital. We are watching closely to see if there is a point where Maduro screws up the calibration of carrots vs sticks and finds himself at the business end of a rifle in the Miraflores palace.

Trudeau's woes – In many ways Nicolas Maduro's polar opposite, Canada's prime minister has a lot going for him: dreamy good looks; a decent – if not overwhelming – majority for his Liberal Party in Parliament; and a generally safe, resource-rich country with millions of lakes, friendly people, big skies and (relatively) small problems. But earlier this week, an independent ethics commissioner ruled that the prime minister had breached the country's conflict of interest laws earlier this year when he pressured prosecutors to ease off of a bribery investigation of a major Canadian construction firm, because of fears about job losses. Trudeau has accepted the report's findings, but isn't resigning. We're watching to see how this simmering scandal affects Canada's upcoming national elections in October.

Something your salmon friends will never believe – You are a salmon. You are trying to get upriver so you can mate and die. Also you must avoid bears and bald eagles. Now there is a dam in your way of your favorite river. This is a problem. You pause an— WHAT IS HAPPENING. SUDDENLY YOU ARE BEING SHOT THROUGH A PNEUMATIC TUBE AND… just look at this thing.

Japanese robotic tails – Researchers at Japan's Keio University have developed a wearable robotic tail that they say could help elderly people and others with balance problems steady themselves. Look, we know that managing an ageing population is one of Japan's most pressing challenges. We also know that automation is one way that countries with shrinking workforces can better support a growing population of retirees. But giving people tails seems like a less efficient way to address these problems than, say, tweaking immigration policy ever so slightly to bring in more young workers, no?