Debate Bingo: The final showdown between Trump and Biden

It almost didn't happen — but here we are again. President Donald Trump and his Democratic challenger Joe Biden face off tonight in the final presidential debate of the 2020 US election campaign.

While it will be hard to top the chaos of the first debate — when Trump repeatedly interrupted Biden and the vibe was closer to bar brawl than policy discussion — tonight's encounter will surely be an interesting duel. For one thing, new rules allow the candidates' mics to be muted. How often will that happen?

Aside from the theatrics, a few things to keep an eye on: Will Biden finally unveil his position on packing the Supreme Court or get a tough question about his son Hunter's controversial dealings in Ukraine? Will Trump have to explain why he has a bank account in China? And of course: will the fly that landed on Vice President Mike Pence's head during the vice-presidential debate make an appearance?

And amid all of that: BINGO! Yes, you can make it a competition with your fellow politics nerd friends by printing out GZERO Media's updated debate bingo cards. There are four different cards so that each player can have a unique board. Every time one of the candidates says one of these words or terms, X it on your card. First player to get five across wins. And if you really want to jazz it up, you can mark each of your words by taking a swig of your drink, or doing five burpees, or donating to your favorite charity or political candidate. Whatever your game is, you can play it with our bingo cards. 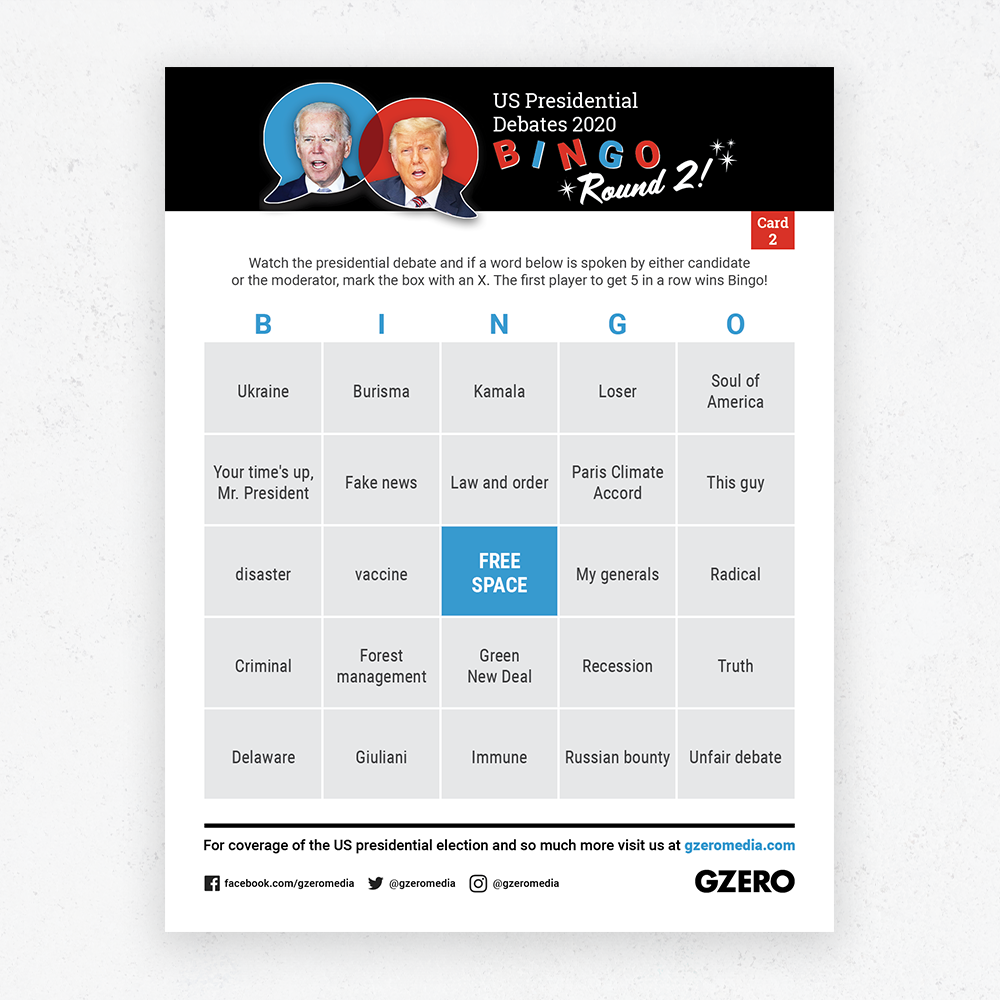 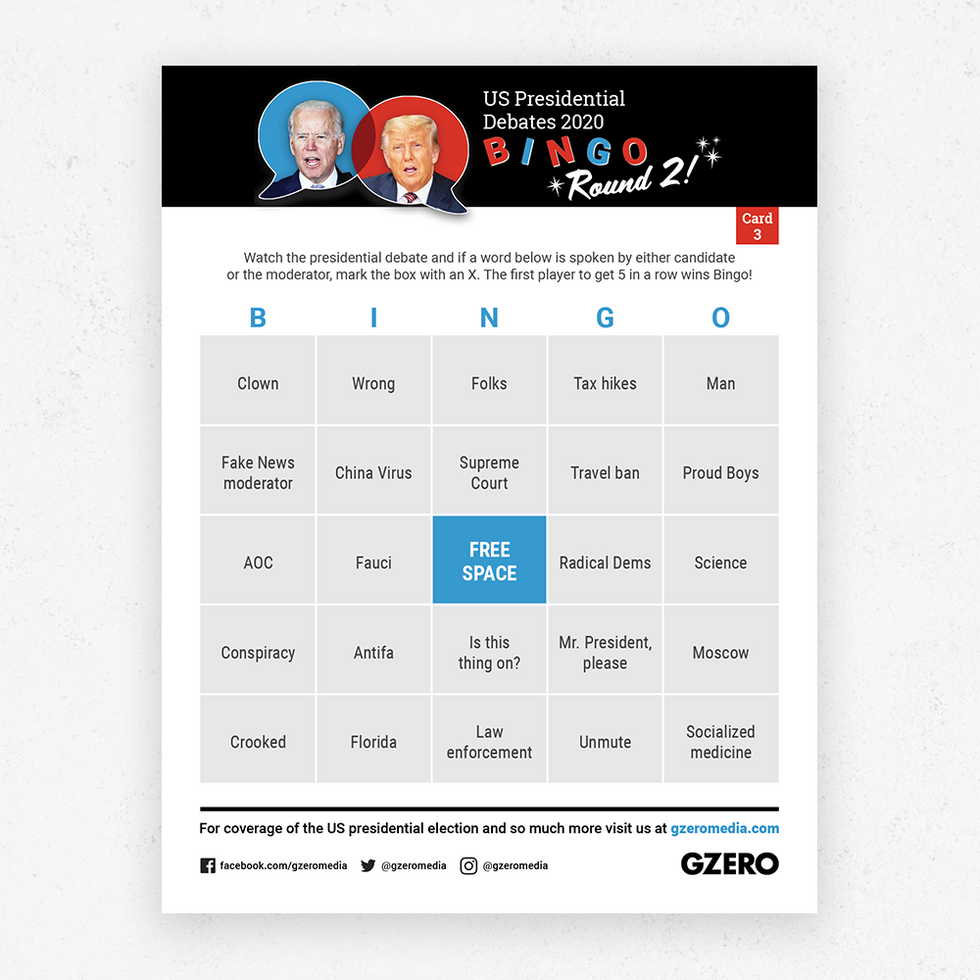 Remember there's more going on in the world than just the US election, so subscribe to Signal, our newsletter on global politics, and watch our weekly show GZERO World with Ian Bremmer right here and on public television.