So Trump and Kim Walk Into a Bar... 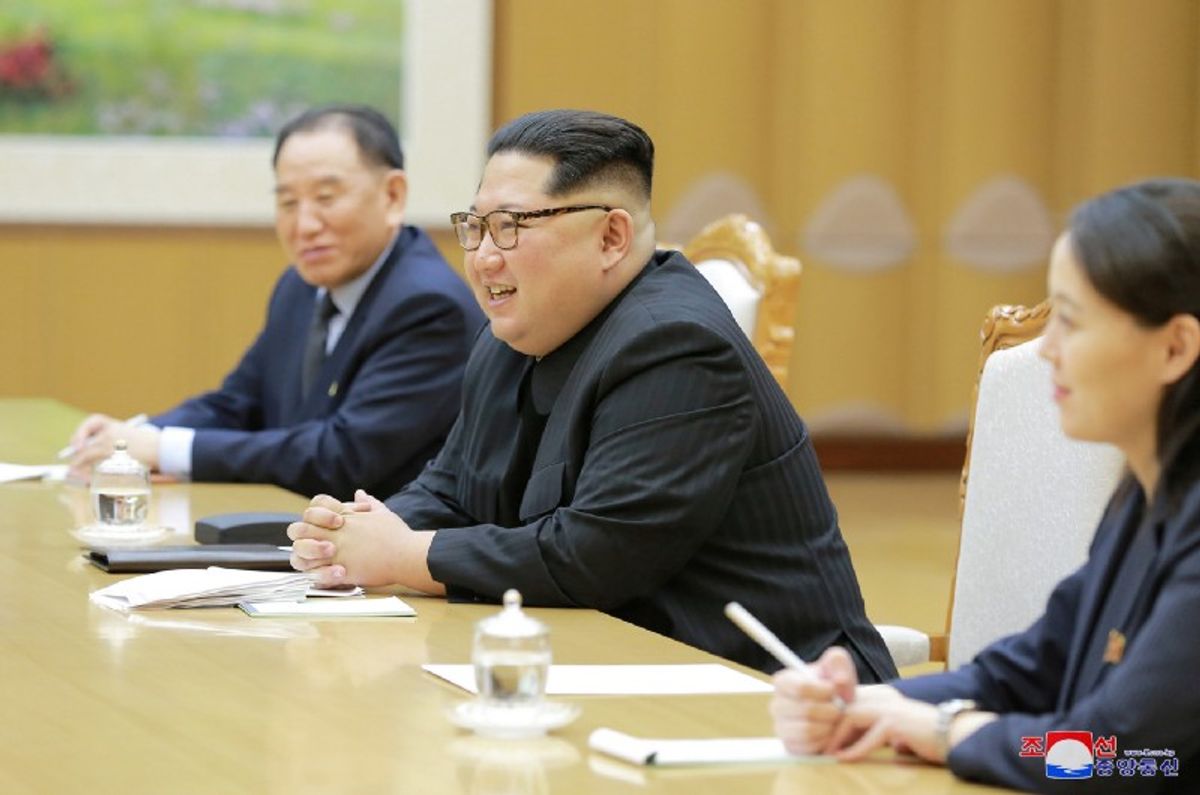 A direct meeting between Kim Jong-un and President Donald J. Trump would be the greatest moment in the history of international political television (am I kidding if I say I expect Trump to attempt a pay-per-view deal for it?). But it also presents a decent chance of avoiding catastrophe on the Korean Peninsula. No matter what you think of President Trump’s foreign policy, you have to grant that.

If the two men do get together, which remains an open question, here are a few questions to think about.

How do you define denuclearization?

The US position, as of now, is that North Korea must “denuclearize.” If that means “scrap all nuclear weapons” that’s a non-starter. The Kim dynasty has spent decades developing nuclear weapons as a deterrent against regime change, and Pyongyang is now on the cusp of the motherlode — a nuclear-armed ICBM that can hit the United States. To trade all of that away isn’t going to happen.

Now, things get more interesting if the US decides to soften its definition of “denuclearize,” allowing North Korea to keep existing weapons, but forcing them to freeze additional nuclear and ballistic missile tests. There’s a deal Kim might accept for two reasons: it would confirm North Korea’s status as an official nuclear power, giving him room to wriggle out of sanctions, and Kim would still have a gun to point at US allies Japan and South Korea as a deterrent.

But this would understandably infuriate Tokyo and Seoul. If Trump smells a Great Deal here, will that matter?

Can these two trust each other?

If you’re Kim Jong-un, you’ll arrive at the meeting with at least three visual aids: a photograph of Muammar Qaddafi, a watercolor portrait of Saddam Hussein in a spiderhole, and a copy of the Budapest Memorandum, in which the US, UK, and Russia promised to respect Ukraine’s territorial integrity after it gave up nuclear weapons in 1994. You’ll point to all three as evidence that giving up nuclear weapons, not having them, or signing away your post-nuclear security to an external guarantor are all bad ideas. In case Trump gets frisky, you have a supercut of him repeatedly trashing the perfectly well-functioning Iran Nuclear accord.

Trump, for his part, will bring to the table a copy of the 1994 agreement under which North Korea committed to ending its nuclear program in exchange for normalized relations with the US. He’ll point out that North Korea never honored that pledge, or subsequent ones, and why should he expect it to now?

What happens if the meeting achieves nothing?

Let’s be clear — starting negotiations with a meeting between Kim and Trump is a hell of a gamble for both sides. Front loading the head-of-state level meeting like this is, in diplomatic terms, putting dessert first. Normally lower-level staffers and diplomats negotiate agreements for months or years before the principals show up for a final photo-op. If Kim and Trump get along badly or agree to nothing right at the start, the immediate impression will be that diplomacy, at the highest level, has failed. And if diplomacy runs its course before it even, well, runs its course, are we back to the prospect of a “very rough thing”?