The Politics of the Moon Mission 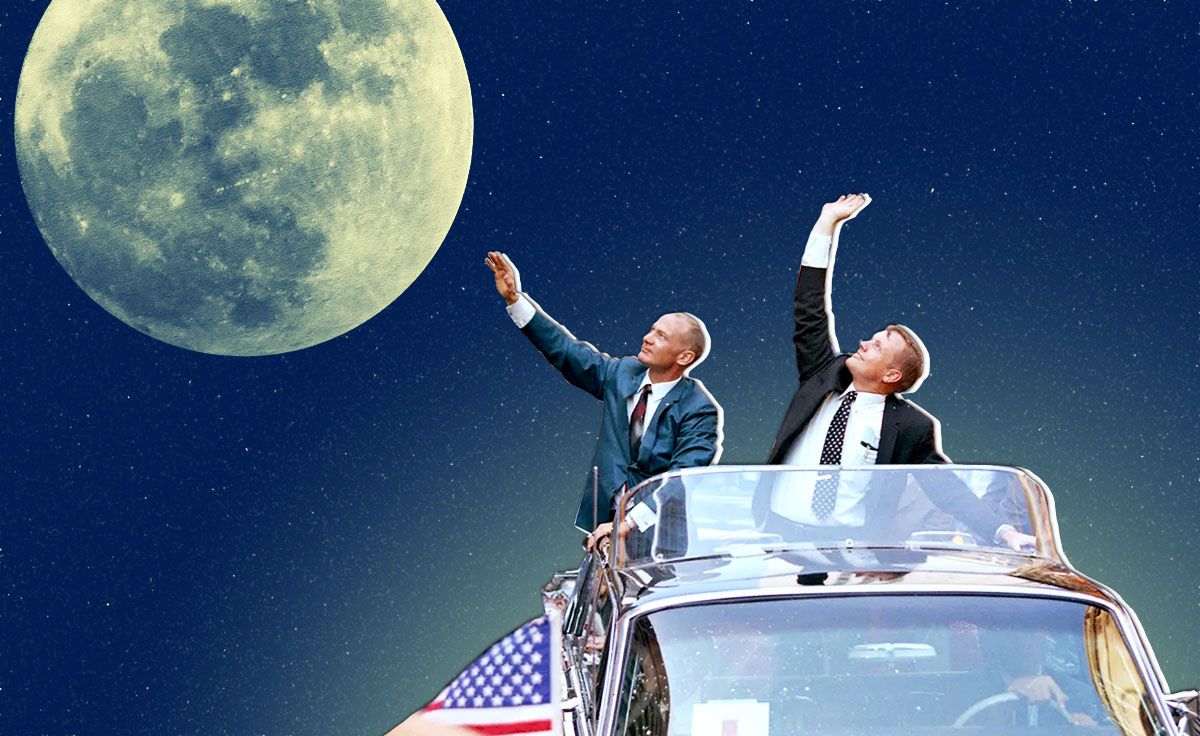 This Saturday, July 20, will mark the 50-year anniversary of the day a human being first stepped onto another world. A moment born out of Cold War political pressures, it's easy to forget a half century later how much bitter controversy the project provoked at home and the intensity of the worldwide fanfare that followed its success.

The moon mission's primary purpose was to defeat the Soviet Union. By the time John Kennedy became president in 1961, the Soviet Union had advanced far ahead of the United States in the race for achievement in space. In October 1957, the Soviets launched Sputnik, the world's first satellite. A month later, a dog named Laika became the first living creature to travel beyond Earth's atmosphere. In April 1961, Soviet cosmonaut Yuri Gagarin orbited the Earth, the first human to do so.

In early May, Alan Shepard became the first American in space, spurring Kennedy to announce a far more ambitious plan. On May 25, Kennedy famously pledged that by the end of the decade Americans would go to the moon and return safely to the Earth.

Kennedy was assassinated in November 1963, but new President Lyndon Johnson quickly signaled his intention to see the promise kept. The Soviets held their space lead through 1965, by landing an unmanned craft on the Moon.

The moon mission stoked controversy in the United States. A review of polls reveals that only in 1969 did a majority of Americans support the project. Many people argued that the billions spent on a moonshot should go toward the war in Vietnam or to fight poverty in America's inner cities. "No hot water, no toilets, no lights. But Whitey's on the moon," sang musician and activist Gil Scott Heron. It didn't help when a fire during the Apollo 1 mission killed three astronauts and destroyed their space module.

But when Neil Armstrong became the first person to step onto the moon on July 20, 1969, the event took on a life of its own. It was a decade framed by two images of respected TV anchorman Walter Cronkite—shaken to the core on air by the 1963 murder of President Kennedy and then speechless with awe as Americans bounded across the surface of the moon.

A decade that included confrontation with the Soviets in Cuba, the assassinations of John Kennedy, Malcolm X, Martin Luther King, and Robert Kennedy, a failing war in Vietnam, race riots in American cities, and violent chaos at the 1968 Democratic Party convention ended with an accomplishment a quarter million miles away, that was watched live by 94 percent of Americans who owned a TV.

Concerns that planting an American flag on the moon's surface would seem an act of obnoxious nationalism faded as the three men were greeted by overflow crowds in 27 cities in 24 countries over 39 days. An estimated one million people greeted them in Dhaka (then Pakistan) and some 1.5 million turned out in Mumbai (then Bombay).

Fifty years later, moon missions are still a mark of national prestige. Russia, China, India, the EU, Japan, and Israel have all sent probes to orbit the Moon or landed vehicles on its surface. But none of them matches that first "giant leap for mankind."

Next up: Mars? For thoughts on the next space race, click here.

Bonus fact: An iPhone has more than 100,000 times the processing power of the computer that landed Apollo 11 on the moon.

From Your Site Articles
Related Articles Around the Web
Eni