A Nuclear Standoff in South Asia? 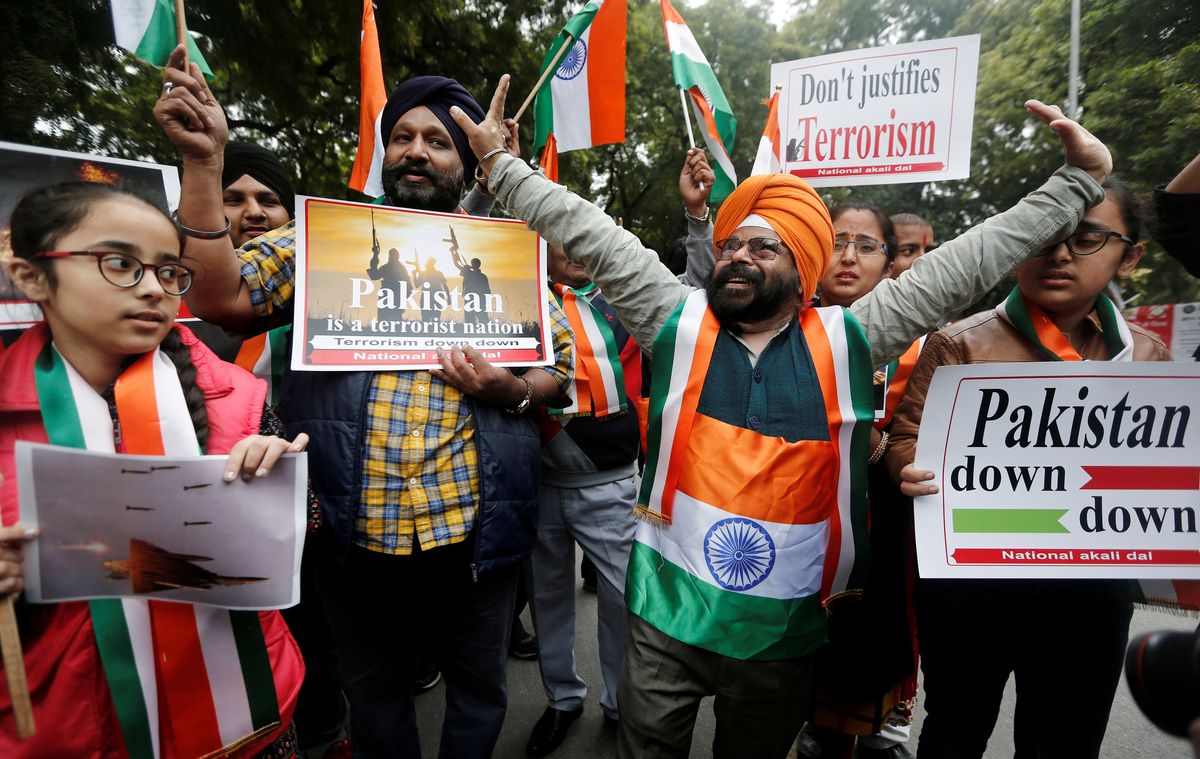 India and Pakistan are caught in a dangerous cycle of escalatory violence. Pakistan claims to have shot down two Indian fighter aircraft and captured a pilot on Wednesday. This comes after Indian fighter jets screamed across the disputed border with Pakistan earlier in the week and dropped bombs there for the first time since the two countries were at war in 1971. That mission was a direct response to a Pakistan-based terrorist group's recent killing of 40 Indian police officers on the Indian side of the border.

Are we about to see a major confrontation between these two long-standing, nuclear-armed foes?

The last time we saw tit-for-tat skirmishes like this was back in 2016, and although that episode subsided, the domestic politics of each country this time around make things more dangerous. A big election looms in India and an untested leader now runs Pakistan.

In India, there were immediate calls for retaliation against Pakistan after the initial terror attack, and people took to the streets across the country this week to celebrate Prime Minster Narendra Modi's decisive action. Mr. Modi stands to benefit from resolutely handling a national security crisis that distracts from his so-so economic record.

After all, his BJP party faces a national election in the next few months and is still smarting from setbacks in state-level elections late last year. But using a national security crisis for electoral ends could also put the nationalistic Mr. Modi on a path towards escalation.

In Pakistan, the military sought to publicly downplay the extent of the Indian bombing, but also pledged to respond in time. On Wednesday, it shelled a number of targets in Indian-controlled Kashmir, and it now reportedly has on Indian pilot in its posession. Pakistan's relatively new Prime Minister Imran Khan also called an emergency meeting of the body responsible for overseeing the nation's nuclear arsenal. The message to Delhi: I may be politically inexperienced, but I am keeping all options on the table. So don't mess around.

The bottom line: India/Pakistan has long been the most hair-raising nuclear standoff in the world. In the face of a real crisis, can two leaders who both have a strong incentive to act tough keep tensions in check?

As global leaders turn their attention to the 75th anniversary of the United Nations and the 2020 General Assembly, GZERO Media offers a look back at one of the greatest diplomatic mysteries of the 20th century. The UN's second Secretary-General Dag Hammarskjöld's mysterious death in 1961, while on a mission to Congo, is the subject of a new book by investigative correspondent and New York Times correspondent Ravi Somaiya. It has the twists and turns of a Tom Clancy novel.