Pelosi Wants to Impeach: Here's What That Means 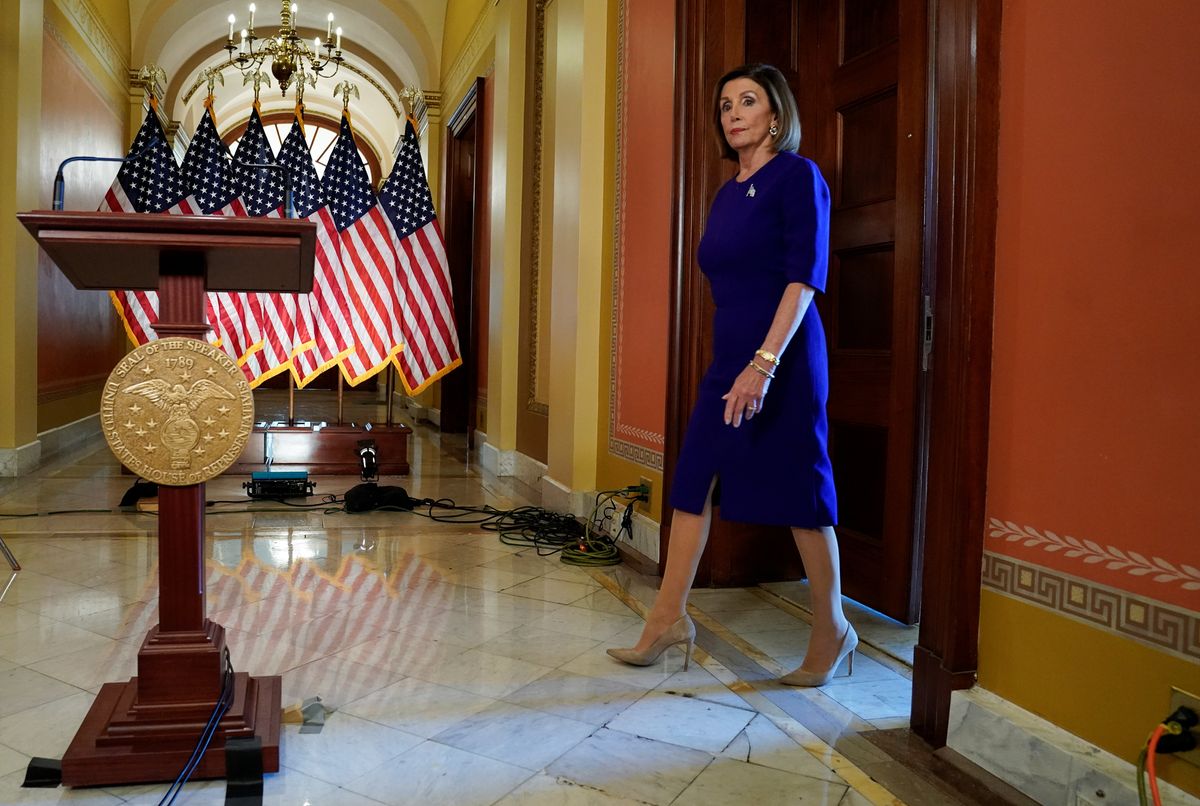 After resisting calls to impeach President Trump for months, House Speaker Nancy Pelosi did a startling about-face on Tuesday, announcing that the process will now officially begin. There's a lot of commentary floating around about what happened and what it all means. Here's what you need to know.

Impeachment: What it is and what it isn't The US Constitution gives Congress the power to remove a president for "treason, bribery, or other high crimes and misdemeanors." Impeachment, which is just one part of that process, refers only to the decision by the House of Representatives to bring those charges against the president, which will then be taken to the Senate for trial. It's important to emphasize that being impeached is not the same thing as being removed from office. Just ask former Presidents Andrew Johnson and Bill Clinton, both of whom were impeached but served out their terms. Impeachment is a political process, not a judicial one, meaning that partisan interpretation of what constitutes an impeachable offense varies.

Why now? For months, Pelosi resisted calls for impeachment amid concerns that the political circus that ensued could hurt Democrats' 2020 election chances. Voter appetite for impeachment is low – hovering at around 35 percent at the beginning of this month – and Pelosi has been reluctant to risk her party's already-tenuous majority in the House.

But new allegations that Trump attempted to pressure Ukraine's president into investigating 2020 Democratic front runner Joe Biden and his son – which could constitute an impeachable abuse of power – changed her calculus. That may be because of how serious the allegations are: they are part of a whistle-blower complaint from the intelligence community that the Trump administration has so far withheld from Congress. But it's also likely because moderate Democrats representing swing districts have now, in light of the Ukraine allegations, publicly come out in support of impeachment, bringing the number of pro-impeachment House Democrats to 208 out of 235. Because those moderates are the ones who have the most at stake if this process backfires against the Democrats, Pelosi had little choice but to respond.

What's the actual process? Pelosi has asked six House committees to gather evidence on potential offenses committed by the president and present them to the Judiciary Committee for a final determination on whether "articles of impeachment" (charges) are warranted. If so, then to send the process forward, a simple majority of the House (218 members) must vote for impeachment. If that happens, the president would go on trial before the Senate, where a two-thirds supermajority of votes would be needed to remove the president from office. So far, top Republican Senator Mitch McConnell has kept his cards close to his chest, but there's no indication that the GOP-controlled Senate would do such a thing.

Does Trump want to be impeached? He has publicly signaled that he sees the impeachment proceeding as based on misinformation. From a strategic perspective, Trump may be betting that weak public support for impeachment will in fact help him at the polls (Pelosi's long-time worry). And we know that Trump is at his political best when he is lashing out against enemies, both real and imagined. But the risk for him is that impeachment throws such a constant and unwavering light on allegations of his misconduct, that he ends up having to run for re-election not only against his Democratic opponent, but also against the revelations of the impeachment itself.

What's next? Pelosi has not given a timeframe for this process, other than to say it would be done "expeditiously." But if precedent is anything to go by, it will drag on for many months. And it's bound to get ugly.