A TALE OF TWO PRESIDENTS 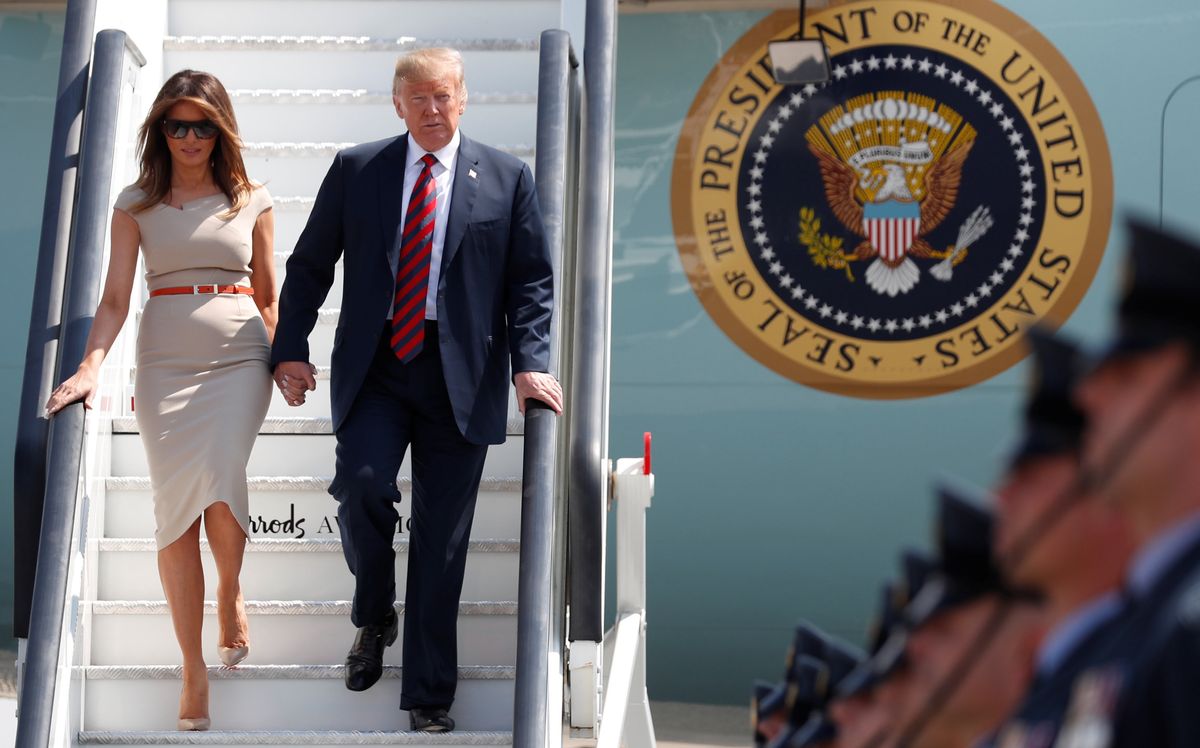 A century ago, Woodrow Wilson became the first US president to visit Great Britain. (Check out some amazing archival footage here.) According to the December 27, 1918 edition of The Guardian: “The plain citizen raising a tall hat in response to the cheers was the centre of all. When the cavalry escort came jingling out of the sanded courtyard at Charing Cross, preceding the carriage in which the President and King George sat side by side, a roar of cheers went up. It gathered volume all the way round the West End to the Palace.”

When President Trump arrived in the UK yesterday, the contrasts between the two men were evident. Wilson was an ascetic, professorial idealist, a man on a mission to persuade Europe that common values could provide a foundation for world governance, a League of Nations, to make the world safe for democracy. Trump is the tough-talking crown prince of conspicuous consumption, a confrontational man with a relentlessly transactional approach to all relationships.

The historical moments too are entirely different. Wilson arrived in a Britain exhausted by World War I, grateful it was over, and thankful for US help. This was also a Britain that hadn’t yet accepted the coming end of its empire. America was an upstart, a new player in European politics, a role many back home wouldn’t accept for another generation.

Trump, by contrast, leads the world’s sole superpower. His abrasive personal style aggravates allies, and he seems eager to unburden America of the responsibilities that come with a leadership role that US presidents have championed for decades. There was no inflatable Baby Wilson hovering above London’s streets in 1918, and Trump was not welcomed by ringing church bells and adoring crowds this week.

The US president can attack her Brexit policy and praise her rivals. Yet, Prime Minister Theresa May knows that personal opinions of Trump don’t alter the need to pursue her nation’s national interest. That means preserving the best possible relationship, even if only as an exercise in damage control as those who dislike Trump await his successor. If, as May says, post-Brexit Britain is to be a “truly global Britain,” good relations with the US will remain essential.

The bottom line: At a moment when the UK is departing the EU, and the Brexit process became uglier and riskier just this week, the US-UK partnership remains vitally important for Britain, its economy, and its security. Whatever the chemistry between the two leaders and whatever the mood of the moment, that hasn’t changed in 100 years.