Let's Talk About the "Libya Model" 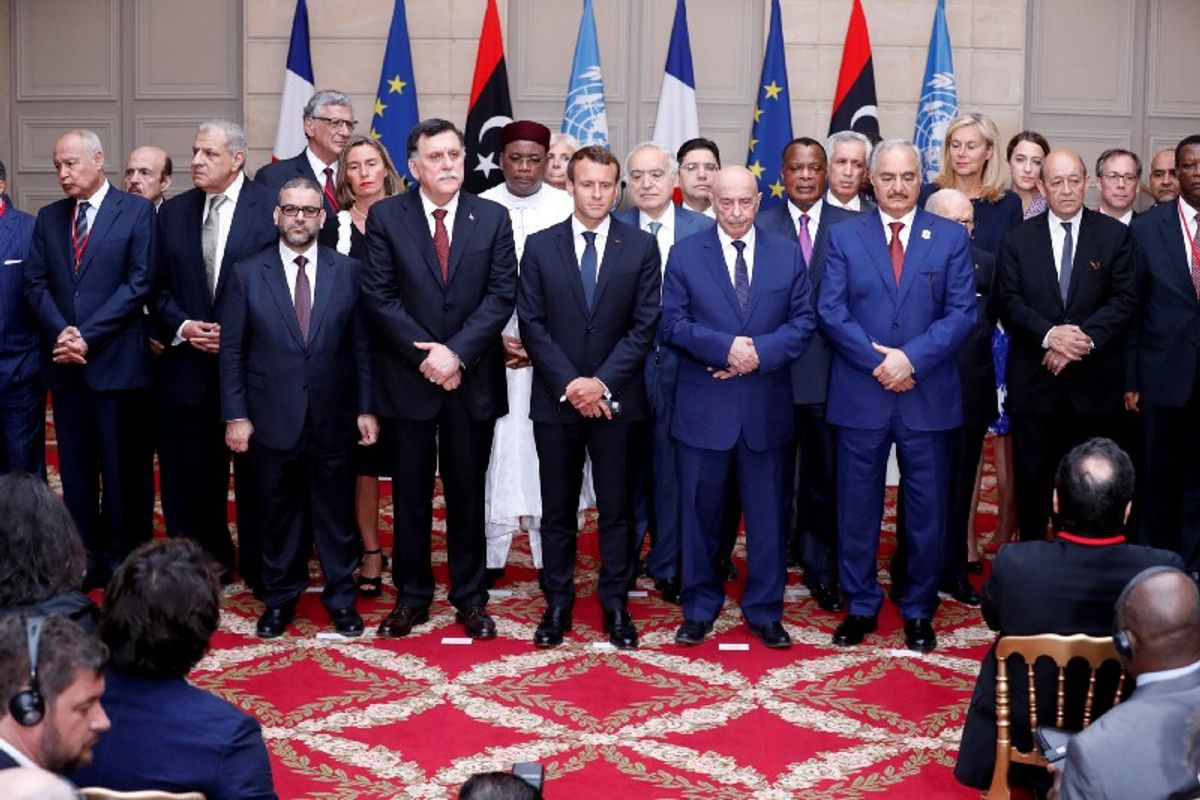 You have probably heard why North Korean dictator Kim Jong-un is wary of the “Libya model” for disarmament — in short, Libyan dictator Muammar Gaddafi gave up his nukes, only to meet a gruesome end in a NATO-backed uprising several years later.

With the country’s various factions meeting in Paris yesterday (pictured above) to take their first, tentative steps towards national elections following a multi-year civil war — and Trump and Kim apparently working to reboot their June 12summit after it was derailed amid a spat over the US administration’s talk about a “Libya model” for North Korea — the consequences of Gaddafi’s removal outside of Libya also merit a closer look.

Here’s Alex with the breakdown:

A leaderless Libya quickly became a haven for jihadists. By 2014, ISIS had taken root. The westward outflow of looted weapons and battle-hardened militants from Libya boosted jihadist groups like Boko Haram and Al-Qaeda in West Africa, while exacerbating regional conflicts over religion and land in Mali, Niger, and Nigeria.

In Europe, Libya’s lawlessness and proximity to Italy made it the primary departure point for migrants and refugees risking the perilous Mediterranean crossing. Although a maritime policing deal between Rome and Tripoli has slowed those flows in recent years, the political impact of the refugee crisis on Europe broadly — and on Italy specifically — has already reshaped the continent’s politics.

Despite the apparent progress in Paris, Libya is a reminder that regime change is the easy part. As Pyongyang and Washington work to resurrect their historic meeting, it’s not only Kim Jong-un who should be wary of an approach that leads to a Gaddafi-like denouement.