The Graphic Truth: Who pays most/least for college tuition?

One of the many reasons Americans have so much student debt is the high tuition fees charged by universities — especially private ones. Then again, graduating from an elite private school generally leads to a higher future salary and more opportunities, so many US students are willing to risk enormous debt in hopes of a huge payoff. But what about the rest of the world? We take a look at tuition fees across OECD countries.

The Graphic Truth: Displaced inside Afghanistan

Afghanistan has been mired in war since the Soviet Union invaded the country in the late 1970s. In the post-Soviet era, the vying for influence between different clans and terror groups caused mass migration throughout the landlocked country. This trend continued under the Taliban’s oppressive rule, and the subsequent US invasion of Afghanistan in 2001, which saw millions of Afghans caught in the crossfire of war. But it’s not just conflict that has led to the internal displacement of Afghans. In recent decades, natural disasters – many linked to climate change – have pummeled the country, causing hundreds of thousands to flee. We look at the numbers of internally displaced Afghans since 2008.

In the first half of 2022, we’ve already seen a number of pivotal national elections. France’s centrist President Emmanuel Macron held off a challenge from the far right; Hungary’s far-right PM Viktor Orbán held off a challenge from the center; Colombia elected its first leftist head of state; and South Korean conservative Yoon Suk-yeo prevailed in a presidential race that bordered on reality TV mayhem.

But there’s more to come. In the next six months, 19 different countries plan to hold national legislative or executive elections. Some standouts include Brazil’s presidential throwdown in October, pitting embattled right-wing incumbent Jair Bolsonaro against his poll-leading nemesis, the leftwing former President Lula da Silva. Around that time, Israel will also head to its — checks notes — fifth election in less than four years, while in November US President Joe Biden will lead his Democrats into midterm elections in which his party could very well lose control of Congress.

Here’s a look at all the planned national-level elections left in 2022.

The Graphic Truth: Where can American women now get abortions?

After weeks of speculation, the US Supreme Court has issued a ruling reversing Roe v. Wade, the landmark 1973 decision that legalized abortion. American women will now face a hodgepodge of abortion laws that grant different rights depending on one’s geographical location. While abortion will remain accessible and legal in deep blue states like New York and California, more than a dozen Republican-run states, mostly in the South and Midwest, already have “trigger laws” on the books that will outlaw abortion immediately. Indeed, women living in these states will have to travel long distances in many cases to access abortion care. We take a look at some of their closest options.

Check out the longest distances women will have to travel to obtain legal US abortions below.

The Graphic Truth: Boris hangs on by a thread

Boris Johnson is famous for weathering controversy — from alleged affairs to partygate — often emerging stronger than before. But since taking office, the British PM has been caught in so many political scandals that most Brits, and many in his own Conservative Party, have now turned against him. Still, Johnson narrowly survived a no-confidence vote on Monday and lives to fight yet another day. We take a look at his approval ratings as prime minister, highlighting a few of the dramas that have eroded his popularity.

This comes to you from the Signal newsletter team of GZERO Media. Subscribe for your free daily Signal today.

Weird stuff the US buys from Russia

Bad news for anyone in America smoking a pipe on a recreational boat while playing a percussion instrument in a wig: the war in Ukraine could make your life a lot less colorful if Washington decides to sanction more US imports from Russia. All of those items are among the things the US buys from Russia, with love, every year.

So in the meantime, take a picture of them and print it on photo paper, then scrub your hands in a plastic washbasin, get a snack from the nearest vending machine, and settle in with a good children's picture book to read. When you are finished, take a moment to reflect on why, with Russia's help, you are such an unbelievably weird person.

Check out some of the weird and wild products America imports from Russia each year below. 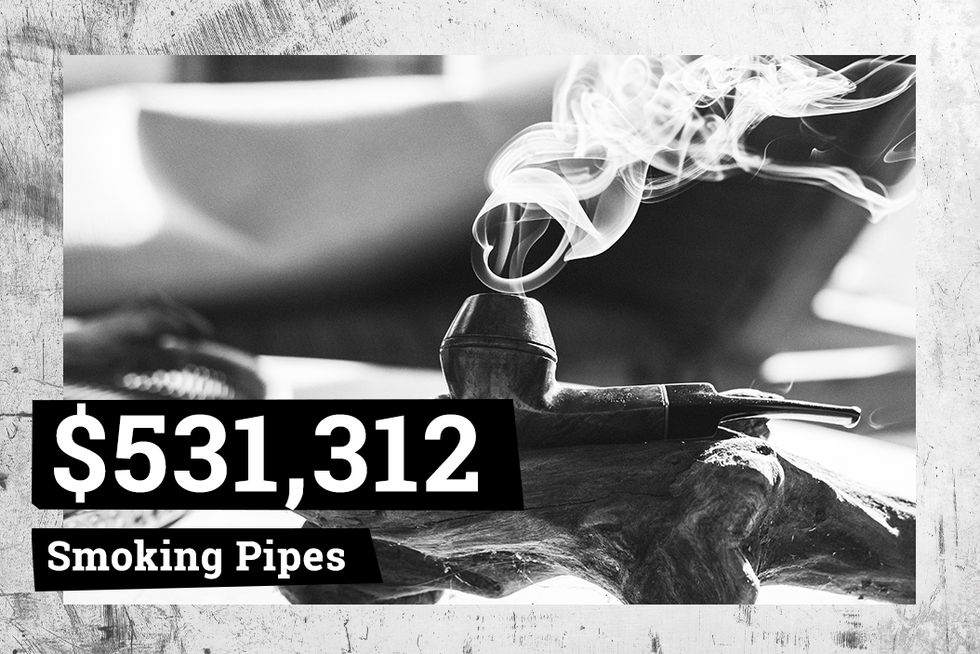 Russian pipes still draw fans in America. Or at least they did until February 2022.

Value of US imports in 2020. Source: Observatory of Economic Complexity

The Graphic Truth: How do Russia and Ukraine stack up?

President Vladimir Putin said Tuesday that he would “pull back” some troops from the Ukrainian border, but military analysts say the Russian threat still looms large. Russia undoubtedly has the upper hand given its superior military capabilities and economic clout. In recent years, however, Ukraine has received a significant cache of weapons and cash from the West, particularly from the United States. We take a look at how the two countries stack up against one another.

The Graphic Truth: Who misses tourism the most?

Countries that rely hugely on tourism and travel dollars have already been reeling from the pandemic, as lockdowns and new COVID variants cause people to avoid airports and stay home. Now the omicron variant is scuttling holiday travel plans that many were hoping would infuse fresh cash into their struggling economies. So who is most concerned about these disruptions to the tourism industry? We take a look at economies that saw the biggest boost from tourism dollars from 2008-2019, and how that changed in 2020 as a result of the pandemic.

The price of a Thanksgiving pardon

Putin' It Out There: dealing with dissent

What Putin loves about fall

The Graphic Truth: Who pays most/least for college tuition?

The Graphic Truth: Displaced inside Afghanistan

The Graphic Truth: Where can American women now get abortions?

The Graphic Truth: Boris hangs on by a thread

Weird stuff the US buys from Russia

The Graphic Truth: How do Russia and Ukraine stack up?

The Graphic Truth: Who misses tourism the most?