I arrived in Kiev in late February 2014. Moscow's man Viktor Yanukovych had fled the country, but the new Western-backed government hadn't yet been installed. The worst of the violence was over, but there were still bloodstains and trails of flowers on the Maidan. News had arrived that masked gunmen were seizing control of Crimea, but Moscow hadn't formally annexed the peninsula yet, and it would be several months before the Kremlin-backed insurgency in Eastern Ukraine flared up in full. Here are a few scenes from those days between the climax of the revolution and the tenuous new order that followed. 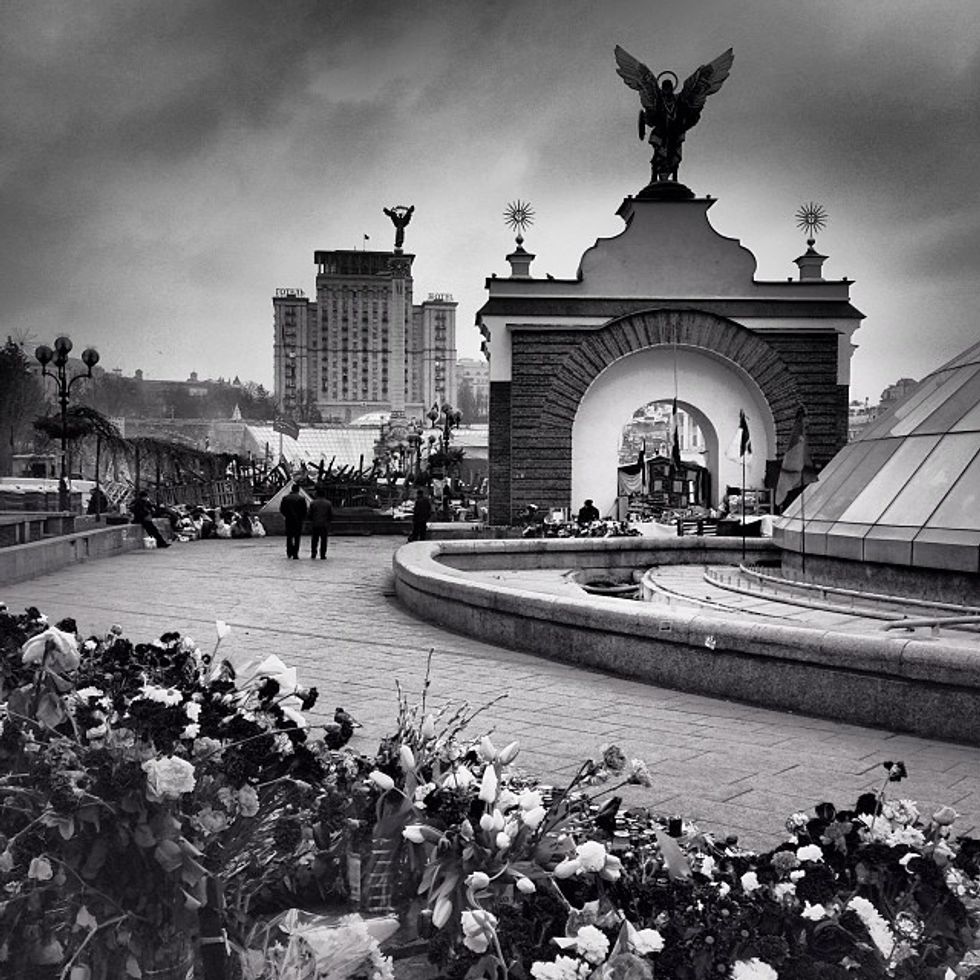 At the height of the violence, pro-government snipers and police killed more than a hundred protesters. Some of the regime's marksmen allegedly shot from the windows of the Hotel Ukraina, which overlooks the Maidan in the distance. In a potent fusion of Orthodox ritual and Ukrainian nationalism, Maidan activists and supporters spontaneously hailed the dead as martyrs, honoring "The Heavenly Hundred" with impromptu shrines of flowers and candles.

How to avoid World War III

Grading the US response to Ukraine