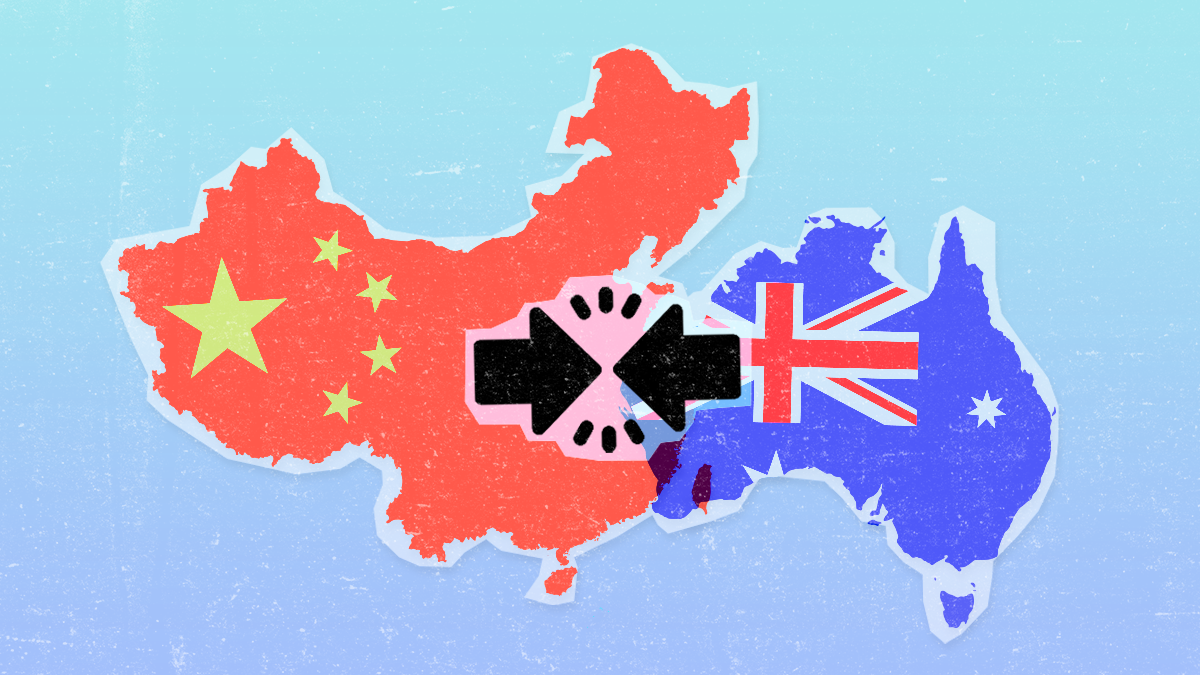 "China is angry. If you make China the enemy, China will be the enemy." This was the message recently conveyed by a Chinese government official on the intensifying row with its Asia-Pacific neighbor, Australia.

China-Australia relations, steadily deteriorating in recent months over a range of political disputes, reached a new low this week when Beijing posted a doctored image on Twitter of an Australian soldier holding a knife to an Afghan child's throat. Beijing's decision to post the fake image at a hypersensitive time for Australia's military establishment was a deliberate political provocation: beat Canberra while it's down.

Indeed, ongoing bilateral frictions are particularly worrisome for Australia, whose export-reliant economy depends on trade with China more than any country in the world. China buys $120 billion of Australia's annual exports (30 percent), and the relationship accounts for around 1 in 13 Australian jobs.

What's the dispute actually about? Well, just ask China. Last month, the Chinese government publicly released a 14-point list that outlines its grievances with the Australian government. It included gripes as varied as Australia's decision to ban Chinese telecommunications giant Huawei from its 5G network, "spreading disinformation imported from the US around China's efforts of containing COVID-19," as well as general "antagonistic" reporting on China by the Australian press.

Beijing was particularly peeved by Australian Prime Minister Scott Morrison's call earlier this year for a global investigation into China's handling of the coronavirus pandemic, and it hit back with a series of tariffs on Australian goods like wine, beef, barley, and coal that threaten about $20 billion worth of Australian exports.

A particular spat with universal resonance. The bilateral dispute that's increasingly keeping Australian economists and government officials up at night is being closely watched by governments around the world — including in Japan, South Korea, and New Zealand — whose economies are heavily reliant on China, yet like Australia, also pursue a values-based foreign policy.

And there is definitely reason to be cautious. China has increasingly used its growing economic clout as a weapon, punishing states that criticize its bellicose behavior or human-rights violations.

While the Australian government has not backed down in criticizing China on a range of political issues, including Beijing's meddling in Australia's internal government affairs, its spying activities, and its crackdown in Hong Kong, other countries may be less inclined to push Beijing's buttons in ways that could send their own economies spiraling.

Cost-benefit analysis. In recent years, as the Trump administration has prioritized an anti-China geopolitical agenda, US allies like Australia have been forced into an even trickier position as they try to keep economic lines open with Beijing while maintaining security ties with Washington.

China has been particularly perturbed by actions taken by the "Five Eyes" intelligence-sharing pact made up of the US, Australia, Canada, New Zealand and Britain. After the group criticized China's recent targeting of Hong Kong's pro-democracy lawmakers, a Chinese spokesperson warned that China might "gouge and blind" the Five Eyes nations in retaliation. The Morrison government has said that it wants to "reset" the Australia-China relationship but that Beijing won't return its calls.

Should the Biden administration "reverse course on China" in the hope of establishing a friendlier relationship, as diplomat Kishore Mahbubani argues in a recent Financial Times op-ed? Ian Bremmer and Eurasia Group analyst Michael Hirson take out the Red Pen to explain why it's not that simple.

And today, we are talking about the United States and China. The relationship between the two most powerful nations in the world is the worst it's been since the Tiananmen Square massacre in 1989. Pundits and policymakers alike all around the world are trying to figure out how Washington and Beijing can at least stop the bleeding because a reset is nowhere in the cards.

That's the topic of the op-ed that we are looking at today. It's from the Financial Times, written by Singaporean diplomat Kishore Mahbubani, and the title summarizes the key argument: "Biden should summon the courage to reverse course on China." Meaning, he should throw out the Trump era approach and open the door to more cooperation and kinder, gentler relations.