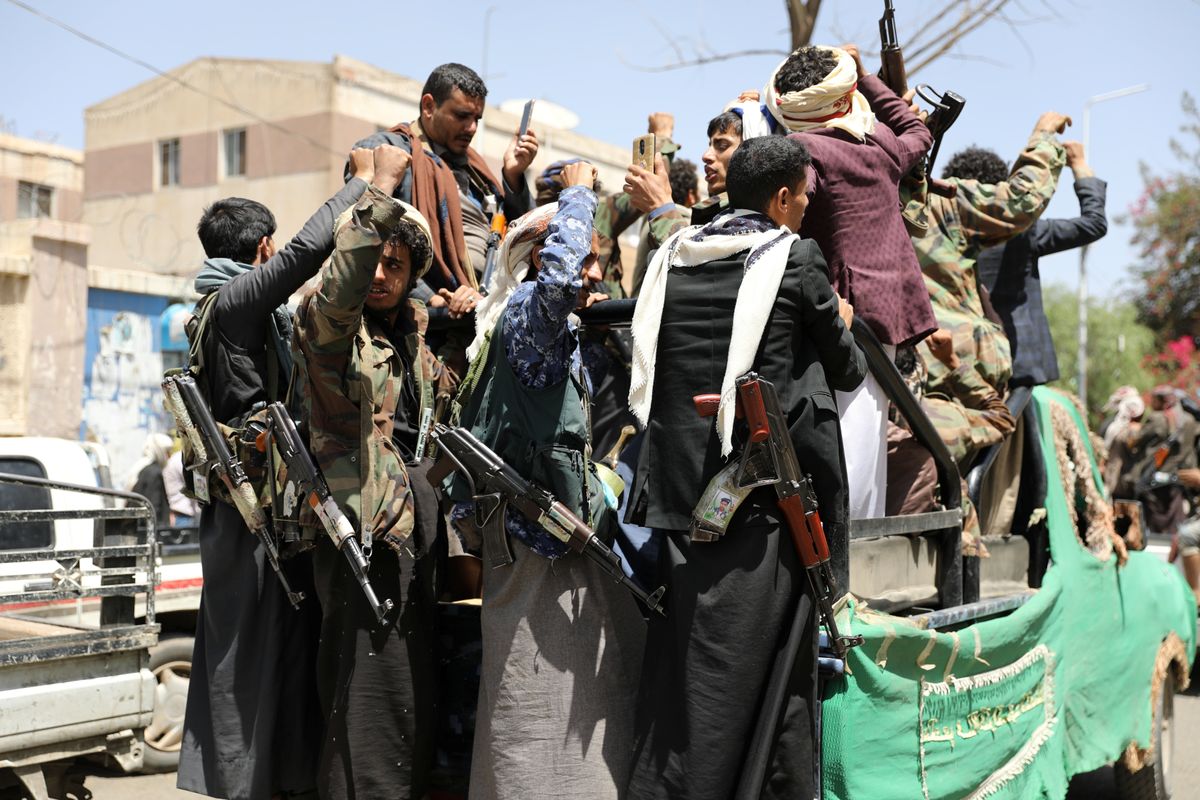 Tenuous cease-fire in Yemen: The Saudi-UAE led coalition that has been battling Houthi rebels in Yemen announced Thursday a unilateral ceasefire, responding to a UN call for a halt in hostilities as coronavirus threatens one of the poorest countries in the world. Details are murky but the measure is to last for at least 14 days. The coalition's Houthi insurgent opponents, for their part, seem to have agreed to a cessation of hostilities but only if the Gulf states lift a yearlong air blockade. While there are potentially crossed signals, the ceasefire itself is still the most significant step towards peace in a five year civil war that's already killed some 100,000 people and left millions exposed to disease and starvation. Though no COVID-19 cases have been confirmed in Yemen (likely because of a lack of testing), the country's decrepit medical system could not withstand a serious outbreak of disease. The UN hopes this lull in fighting will pave the way for broader peace talks. Past attempts at halting the conflict have failed, and recent months actually saw increased fighting in a war that is largely viewed as a proxy conflict between Saudi Arabia and Iran. Will the specter of a pandemic finally bring these bitter rivals to the table?

Slovakia walls off Roma villages: Amid coronavirus fears, Slovakia's government has walled off several Roma settlements in the country's east, preventing their people from leaving, even to access essential services. Many of Slovakia's 500,000 Roma live in crowded and impoverished shantytowns, which the government says are a "high risk" for spreading COVID-19. Roma leaders point out that although testing has been scarce, only 31 out of Slovakia's 700 cases have been reported in Roma communities, and say that the isolation measures are just another example of the discrimination long-faced by Europe's 12 million Roma, the EU's largest ethnic minority. The Slovak prime minister said he would ensure food and medical deliveries to these enclaves despite restrictions on movement, but the Roma communities argue that if the government insists on blocking off their villages, which prevents them from getting to essential jobs in the informal economy, it needs to ensure a more generous social safety net for them.

Stars of the Black Plague return: You've probably seen pictures of animals around the world reclaiming urban and suburban spaces abandoned by quarantining humans. Goats roaming the streets in Wales. Monkey brawls in Thailand. Coyotes leaving their hearts in San Francisco. But one aspect of nature's return might be less fuzzy and fun and endearing. Robert Corrigan, a famous rodentologist in New York City has warned that as restaurants close and streets fall silent, public spaces and people's homes could be overrun by rats in search of scarcer food. We've already seen video of the pests having a party on a deserted street in the heart of New Orleans. If the rats are unable to turn up the usual survival scraps by running through our homes, Corrigan told The Hill, they could turn to cannibalism – devouring each other instead. Rats of course have a bit of a history with pandemics. They are remembered as the villains of the Black Plague – though the rats we've spoken to are quick to point out that fleas were the real culprit then. Keep your trash tightly covered, readers.