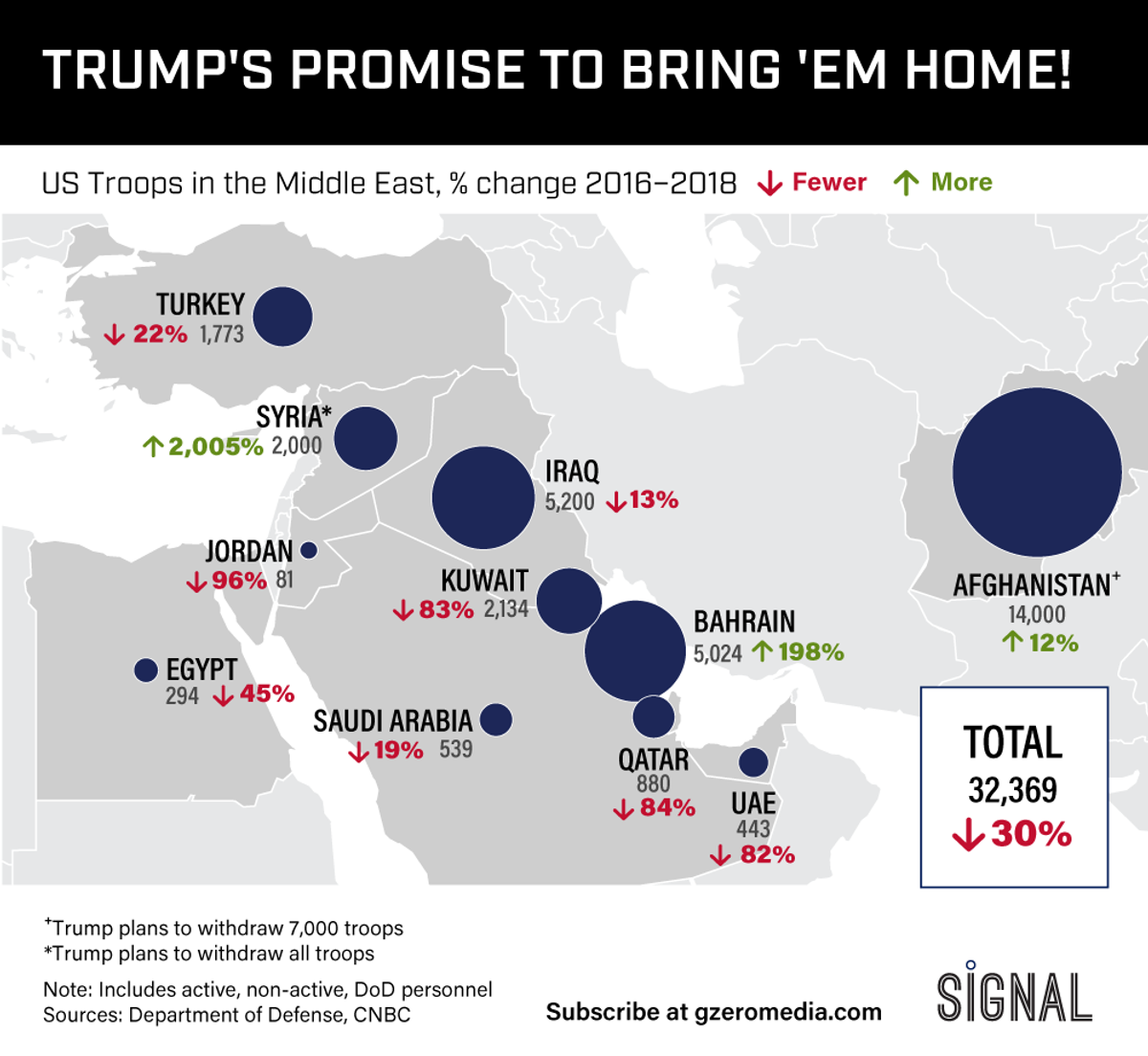 As a presidential candidate, one of Donald Trump's signature pledges was to bring American troops home from the Middle East and South Asia. Despite an uptick in deployments to Afghanistan early in his term, the total number of US personnel in the region has dropped by 30 percent since he took office.

If he follows through on his pledge to withdraw all US troops in Syria and half of those in Afghanistan, those moves alone would entail a further 20 percentage point decline in troop levels since September 2016. Here's a country-by-country breakdown of the US military presence in the region.