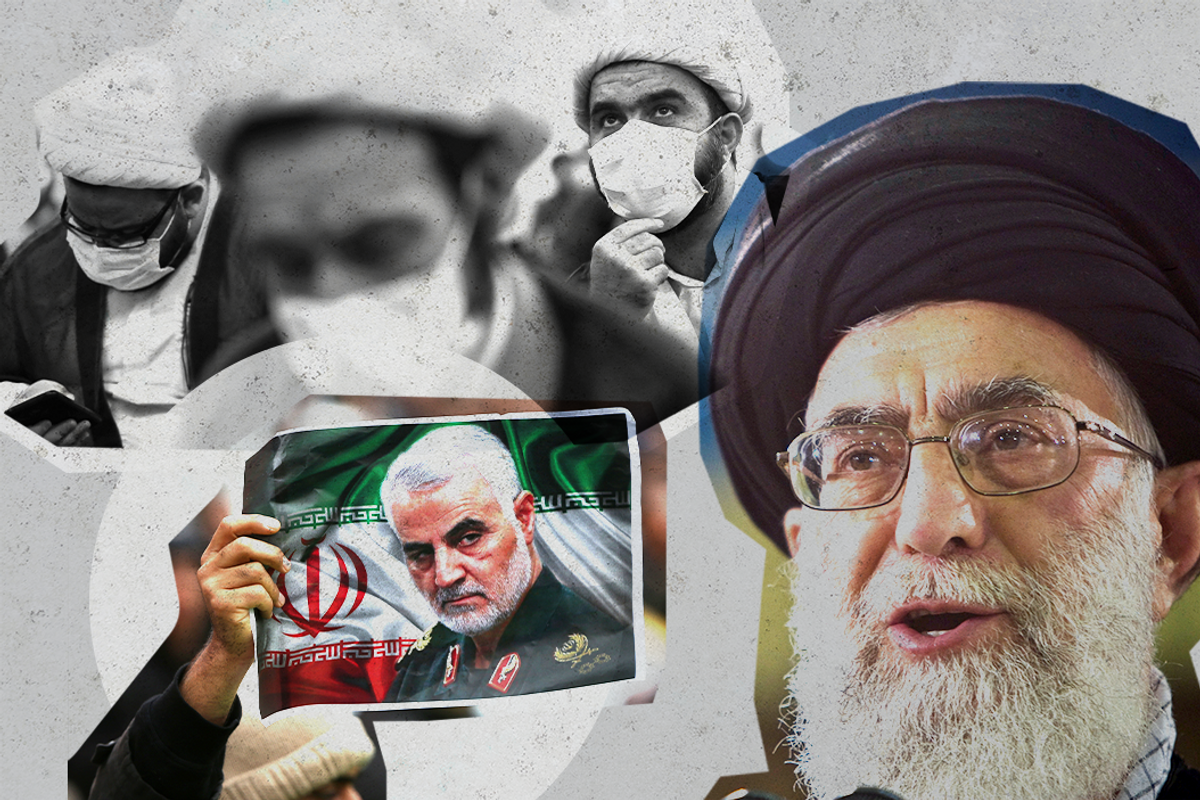 For Iran, 2020 opened with two loud bangs. On January 2, a US airstrike ordered by President Donald Trump killed General Qassem Soleimani, leader of an elite unit of the Islamic Revolutionary Guard Corps and, some say, the second most powerful man in Iran. Fearing a broader US attack, Iran's air defenses went on high alert, and someone with an itchy trigger finger accidently brought down a commercial airliner near Tehran's airport, killing all 176 people on board, most of them Iranian nationals.

Then COVID hit. In February, Iran became the world's first COVID hotspot outside China. The unwillingness of Iran's leaders to admit they had a problem and take aggressive action to contain the virus made matters worse. A second wave of the virus began in June, and a third wave may now be under way. State officials say that some 21,000 Iranians have died. The true number is probably much higher. In August, state television admitted that COVID kills one person every seven minutes in Iran.

The virus badly damaged an economy already weakened by US sanctions and low oil prices. In May, the government decided to try to boost a weak currency by simply slashing four zeroes off its value and changing its name.

Then its nuclear program took a hit. In July, there was a huge explosion at the Natanz nuclear site, Iran's main nuclear facility. Iran's government blamed Israel for the attack before acknowledging that the blast had set back Iran's nuclear program by months.

Yet another explosion, this time in Beirut, dealt a blow to Iran's foreign policy. The August 4 detonation of 2,750 tons of ammonium nitrate stored in a warehouse that killed more than 200 people brought down a government backed by Hezbollah, Iran's main proxy in Lebanon. It has also triggered unusually intense public criticism of Hezbollah's leader, Hassan Nasrallah, including calls for his resignation.

Arch-enemy Israel is now making more friends in the region. In August, the United Arab Emirates became the first Arab country in more than 25 years to normalize relations with Israel. Iran's Supreme Leader Ayatollah Ali Khamenei denounced the agreement, brokered by the Trump administration, as a bitter "betrayal" and said the UAE, with which Iran has had good relations, would be "disgraced forever." A junior Emirati official denounced Khamenei's comments as "incitement and hate speech."

The November US election can make Iran's year much worse. Few countries have as much at stake in the US presidential election as Iran. If Democratic Party challenger Joe Biden wins, he would reopen discussion of a US return to the Iran nuclear deal that was brokered by the Obama Administration in 2015. If talks were successful, sanctions (and pressure) might then be lifted on Iran. If the winner is Trump, who withdrew the US from that deal in 2018 and opened 2020 with the killing of General Soleimani, Iran can expect no relief.

Iran's leaders are already looking toward 2021. Next June, Iran will hold a presidential election of its own, a vote that will decide whether conservative hardliners will continue their momentum in Iran's politics or whether Iran's people will signal continued hope for political and social change.
iran ali khamenei qassem soleimani COVID-19 CORONAVIRUS NUCLEAR WEAPONS israel us election
Eni

700,000: An additional 700,000 Syrian children may go hungry this year due to the combined effects of the war-ravaged country's economic implosion and coronavirus restrictions, pushing the total number of food-insecure kids in Syria to over 4.6 million, according to Save the Children. Two thirds of surveyed children have not eaten any fresh fruit in three months.