Journalists under attack in the land of free speech 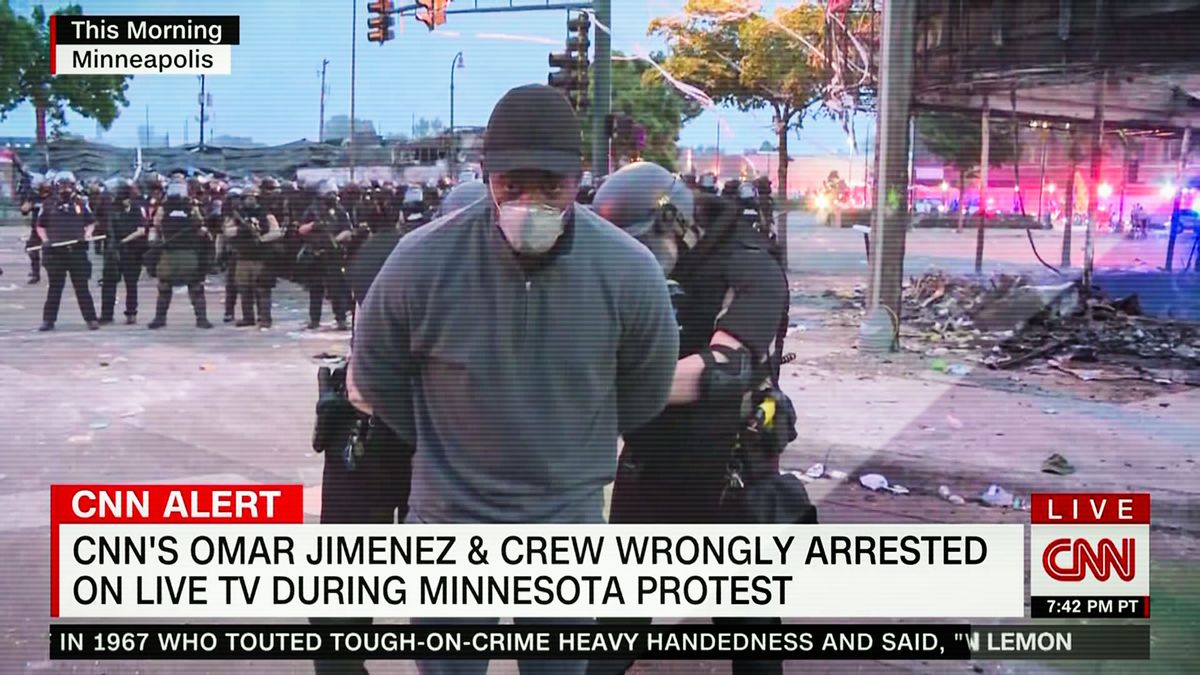 As protests over the police killing of George Floyd raged across the country, there have been more than 125 instances of journalists being shot with rubber bullets by police, arrested, or in some cases assaulted by protesters while covering the unrest.

Foreign news crews from Germany and Australia have been caught up in the crackdown. Australia's Prime Minister has even called for an investigation. Some of these journalists have simply been caught in the crossfire during surges of unrest, but video and photographic evidence reveals cases where police have deliberately targeted reporters doing their jobs.

We are used to talking about the plight of journalists in "unfree" or authoritarian societies. It surprises no one to learn that journalists have a hard time doing their work in Egypt or China, or that they can't do much at all in Turkmenistan and North Korea.

But the grim reality is that freedom of the press is now under assault not only in authoritarian countries, but in democracies too.

A report last year by the watchdog Freedom House found that 16 of the world's most free countries – including India, Hungary, Austria, Israel, and the United States — had seen declines in press freedom over the past five years. This trend tracked a broader withering of democratic institutions around the globe.

There are many reasons that the press is under pressure. The decline of local news has whittled away the connection between people and journalists. The rise of social media provides alternative sources of information that, by design, track and cultivate people's biases. The increasing polarization of cable news in particular has eroded popular trust in the media more broadly. Last year, just 41 percent of Americans trusted the media, according to Gallup. In 1972, when venerable TV anchorman Walter Cronkite spent a part of every evening in millions of American living rooms, the mark was 68 percent.

But there has also been a concerted attempt by self-styled populist leaders to demonize established media outlets. Railing against the press, a supposedly corrupt institution controlled by liberal elites, is a hallmark of populist politics raised to the level of art form by leaders like Brazil's Jair Bolsonaro, Turkey's Recep Erdogan, Hungary's Viktor Orban, and Italy's Matteo Salvini. And of course, no pulpit has been more bully on this score than the twitter account of US President Donald Trump, who has repeatedly called journalists "enemies of the people" – a turn of phrase with chilling historical resonances.

Language like this from powerful political leaders creates a dangerous situation in which some law enforcement officials who share their views feel that they have license to abuse or harass reporters in the middle of protests. After all, isn't it the job of police to protect "the people" from their "enemies?"

Democracies depend on the free flow of information. Some reporters let their biases distort their work, and all of them are human, but their reporting, however imperfect it may sometimes be, is critical for the health of an open society. No matter how polarized or troubled a society is, police should not shoot, beat, or arrest them for doing their jobs.