In this special edition of Signal, we look at how the global economy is really doing, the inflationary pressures from Russia’s war in Ukraine, how developing countries are bearing the brunt, and how fried chicken is helping the Japanese yen. This edition is part of the “Living Beyond Borders” series, presented by GZERO and Citi Private Bank.

Thank you for reading. Please tell your friends to subscribe here.

If the economy is so good, why does it seem so bad? 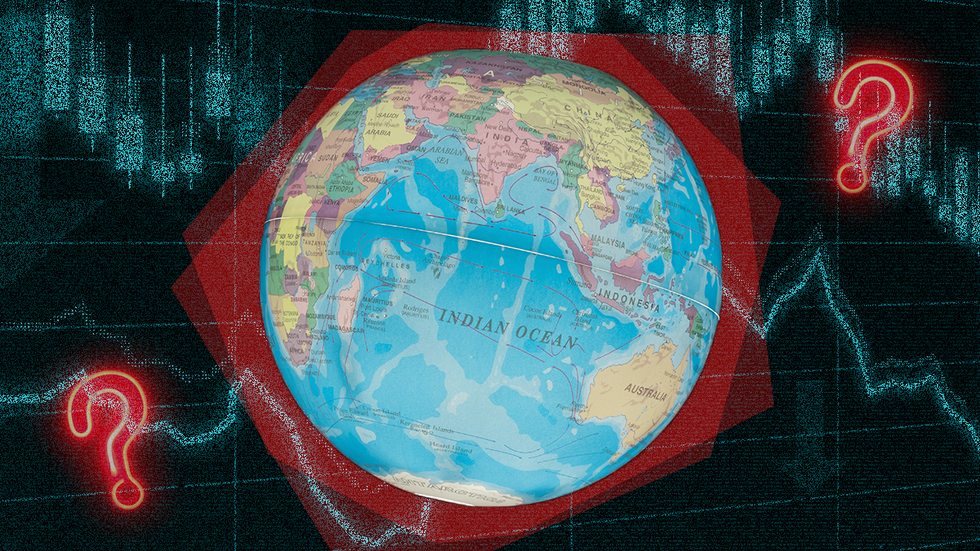 The US economy grew 5.7% in 2021, the biggest annual growth rate in decades, yet at the beginning of 2022, less than a third of Americans thought it was strong. As the world confronts the converging crises of the lingering pandemic and war in Ukraine, inflation and skyrocketing prices are further contributing to feelings of financial insecurity around the globe.

The latest episode of Living Beyond Borders, a special podcast series from GZERO brought to you by Citi Private Bank, takes a look at why there is still reason for optimism, and what we can expect from US and global markets over the next year. Moderated by Shari Friedman, managing director of climate and sustainability at Eurasia Group, the discussion features David Bailin, chief investment officer and global head of investments at Citi Global Wealth, and Robert Kahn, director of global macroeconomics at Eurasia Group.

Russia’s war in Ukraine hasn’t done the global economy any favors. It has exacerbated the pandemic’s supply chain issues, reducing inventories worldwide. That dip, says Bailin, “distorted the economy further, and with that, inflation took off,” reaching a 40-year high that cracked consumer confidence.

And then came the economic sanctions … which, Kahn says, will likely work to reduce “global activity by three-quarters of a percent to 1% this year.” While that’s not enough to signal a recession in the US, it does mean Europe may suffer in the short term from recession, he adds.

Bailin believes the supply of oil, agricultural products and commodities will improve and meet up with demand in the coming months, signaling to consumers that inflation is coming back down. “That is going to be a brighter moment for the economy.”

In the meantime, consumer negativity is likely to have political implications – everywhere from Brazil to France to the United States. While Emmanuel Macron is expected to win in the second round of the French presidential election on Sunday, far-right candidate Marine Le Pen has done better than expected, largely by resonating with voters concerned by the rising cost of living. In Brazil, meanwhile, a battle is taking shape that will likely have candidates from the “populous ends of the spectrum,” current President Jair Bolsonaro and former President Luiz Inácio Lula da Silva, facing off, Kahn says. And in the US, concerns about the economy are expected to help deliver a win for Republicans in this autumn’s midterm elections.

Because inflation is seen as a localized experience, it puts pressure on politicians and central banks to change policies to address domestic fears. Europe’s 7.5% price growth in March, for example, is pressuring the European Central Bank to switch things up and raise rates, Kahn explains. But when policymakers react very strongly, that can act as a “drag on optimism about the economy on spending behavior.”

Both Bailin and Kahn worry that drastic policy changes could be detrimental. Today, family debts are down and savings are up in the US, which is “a sign of good policy,” says Bailin. But “if the Fed is too aggressive in its fight against inflation,” he says, it “could put the economy in jeopardy.” If it gets it right by raising rates reasonably, however, inflation starts to retract with an economic slowdown, evening out supply and demand.

To hear what Bailin and Kahn have to say about when the economy is likely to perk up, and how to approach the markets in the meantime, click here for the full discussion. 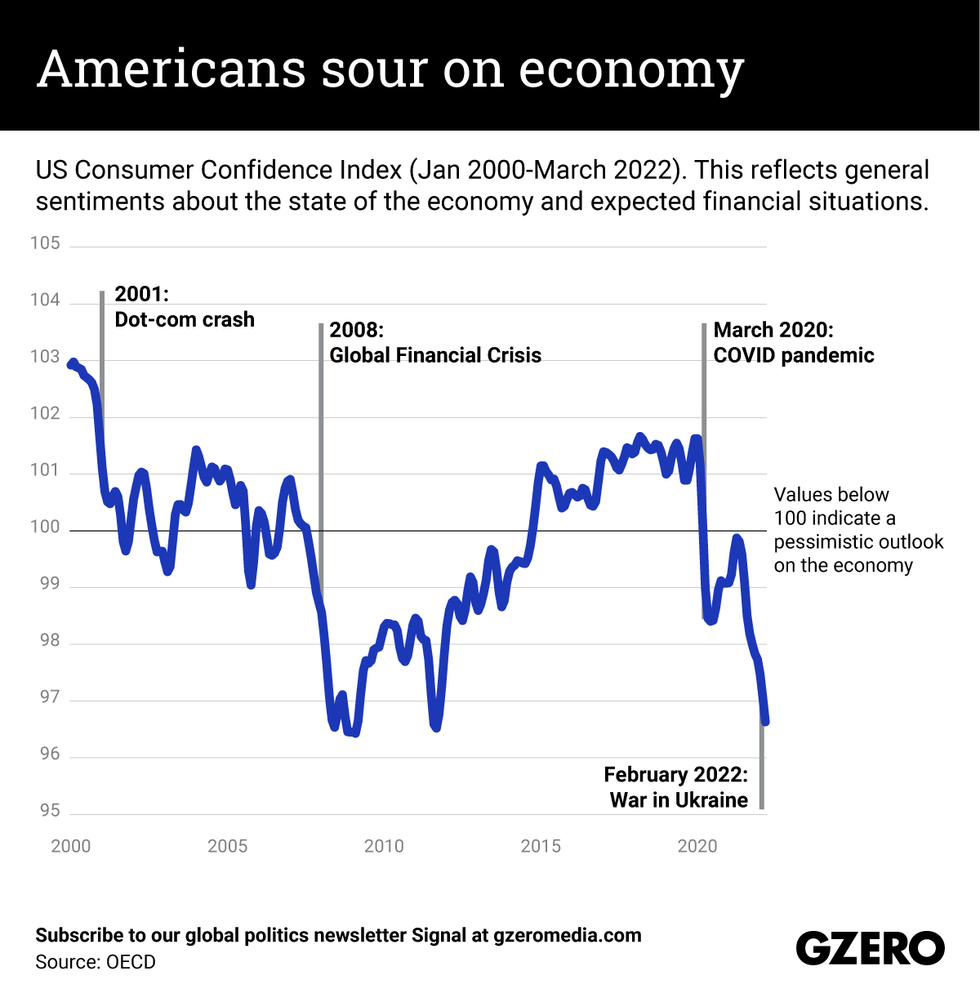 According to several indicators, the US economy is doing fine. Joblessness, for instance, is way down, with fewer Americans collecting unemployment benefits than at any time since the late 1960s. Still, inflation has caused the cost of food and fuel in the US to soar to a 40-year high. Polling shows that Americans’ sense of financial security and economic stability is waning – a massive problem for President Joe Biden ahead of the midterm elections. Biden says American companies should help tackle inflation by lowering costs, not wages. But Fed Chair Jerome Powell signaled plans to take action this week, raising expectations of an interest rate hike in May. We take a look at US consumer confidence, which reflects general sentiment about the state of the economy, since 2000. 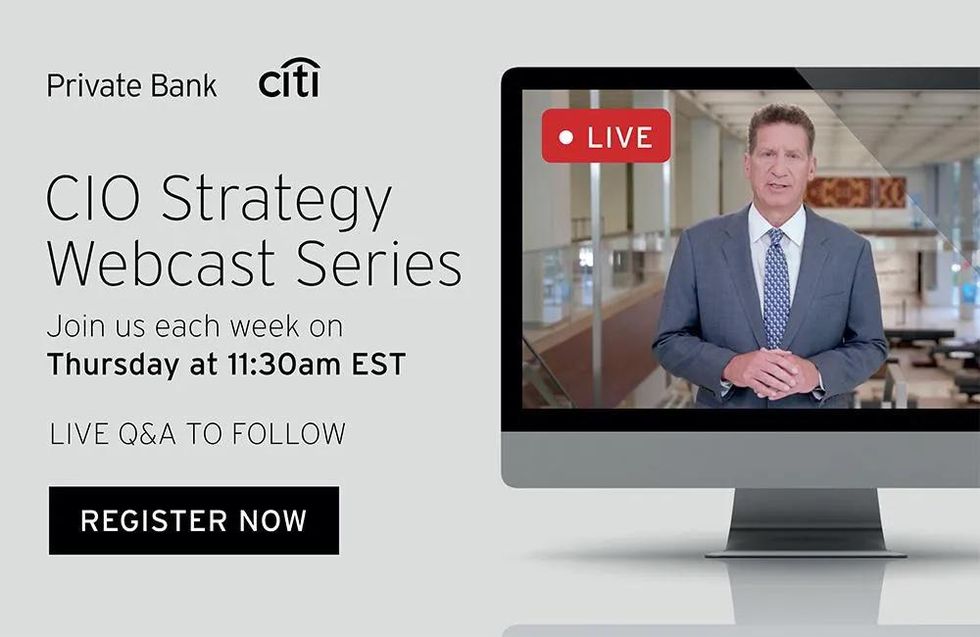 What We're Watching: Global interest hikes and developing economies, Russia’s war and the US economy 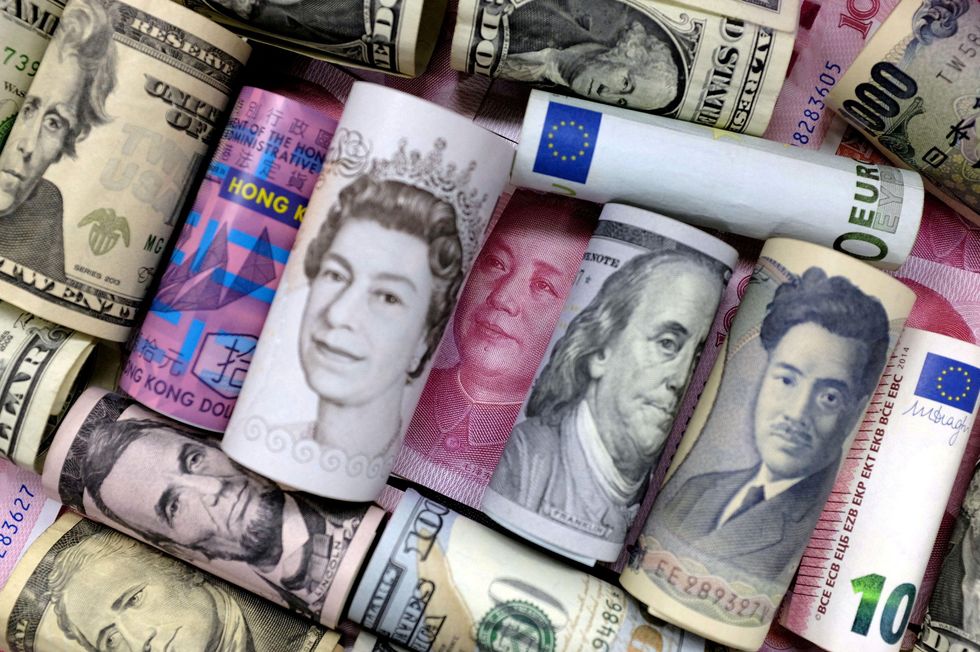 How advanced economy decisions can hurt (or help!) emerging markets

As the US and Europe grapple with inflation at levels unseen since “Eye of the Tiger” was a chart-topper, policymakers in emerging and developing markets, which are also facing high prices, are on edge about what the US Fed and other major central banks are going to do next. After all, hiking interest rates in the advanced economies can prompt investors to pull money out of developing and emerging market countries, which often depend heavily on capital inflows from abroad to keep their economies running smoothly.

And after two years of pandemic-related economic shocks and emergency spending, developing and emerging market economies are more vulnerable than in the past. To take one measure from the IMF’s latest World Economic Outlook, middle-income countries’ average debt to GDP ratio is 20 percentage points higher now than it was a decade ago. For low-income countries, it’s double. The war in Ukraine has only made things worse by further choking outstretched supply chains of food and fuel. But while Central Bankers in the US and Europe will need to tread carefully on interest rates, there are other important steps that their governments can take to ease the pain for low and middle-income countries, says World Bank President David Malpass. Easing import restrictions, particularly for farm and food goods, would not only give a boost to emerging market agriculture exporters – a way to “make friends,” he says – but could also help assuage some of the food price growth that advanced economies are seeing. Doing that, however, is likely to provoke a backlash from powerful farmers' groups in the US and Europe. Would Biden or Brussels have the stomach for it?

For many Americans, Russia’s war in Ukraine seems far away, and its impact on their lives seems minimal. It’s true that Europe, which has far more trade with Russia than the US does, will face more obvious economic blowback from the war and the sanctions imposed on Russia. But in a globalized world, the shock absorption offered by distance is limited. The war’s most obvious impact on the US economy comes with higher fuel prices, which have sharply increased the price Americans pay for gasoline. Higher fuel costs will also raise transportation costs of all kinds. Meanwhile, rising food prices – Russia and Ukraine are both leading food producers, and Russia and neighboring Belarus are leading exporters of fertilizer – have a broader impact on inflation.

Two factors darken the outlook further. First, these upward pressures on prices compound the inflationary pressures already created by the pandemic and its impact on both global economic growth and international supply chains. Second, Russia’s war in Ukraine is headed toward an unstable stalemate that could delay any return to normal for fuel and food costs. To fight this inflation, the US Federal Reserve has embarked on a gradual increase in interest rates that will be felt everywhere, from the housing market to the stock market.

For all these reasons, the war’s economic impact on US consumers will likely prove broad and long-lasting. 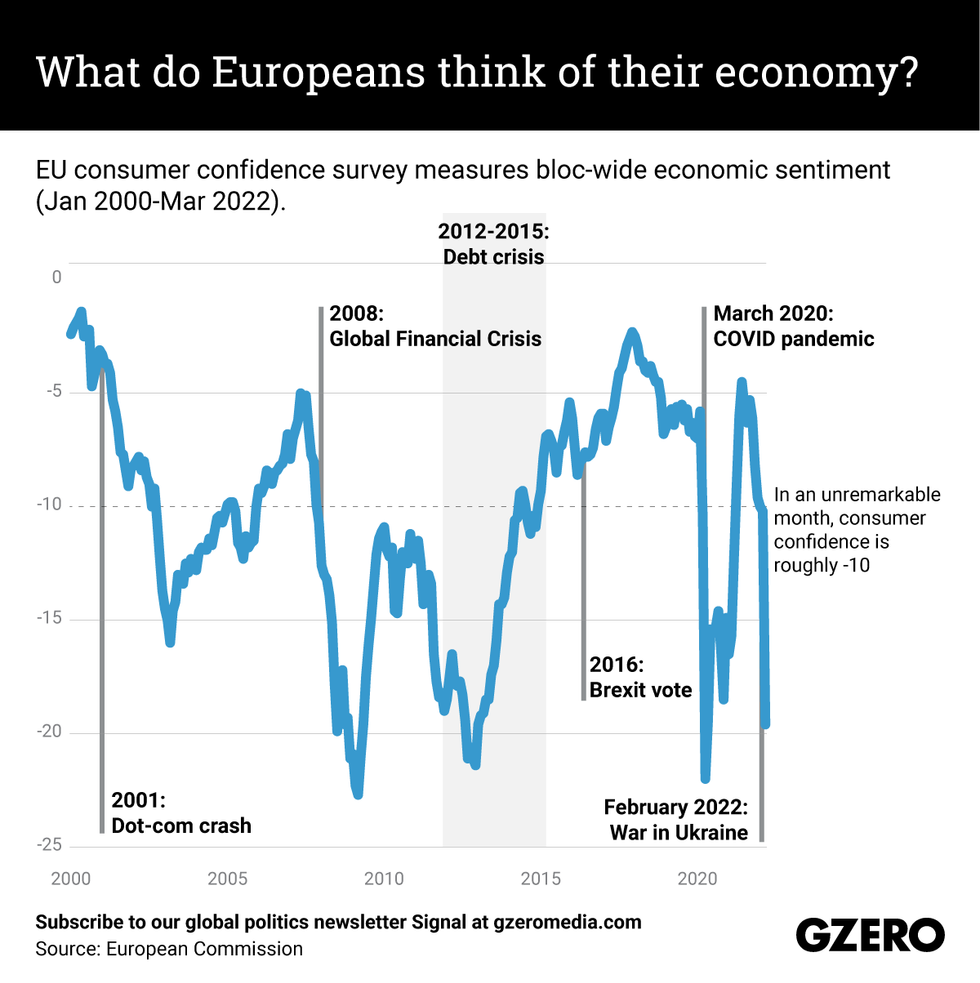 Consumers’ perceptions of the economy can cause big shake-ups in European politics. After the sovereign debt crisis (2012-2015), and the subsequent migrant crisis, many Europeans became more susceptible to eurosceptic, populist messages. The effects of the war in Ukraine are being felt acutely in the European Union. The energy sector is in a tailspin, driving fuel prices through the roof. Many analysts say that Europe is experiencing a cost of living crisis. Unsurprisingly, Europeans are gloomier about the state of the economy than at any time since the 2008 recession. We take a look at perceptions of the economy in the EU over the past 22 years. 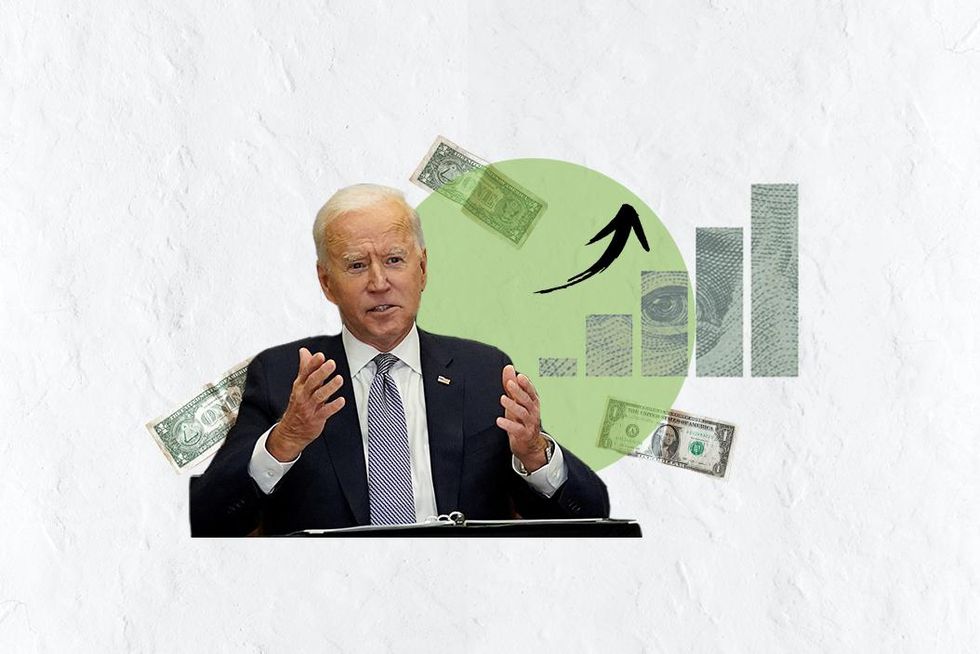 35: Economists believe the US economy has a 35% chance of entering a recession next year. Wait, isn't America's GDP still going strong? Yes, but the Federal Reserve is prepping major interest rate hikes to curb rising inflation.

1/5: A fifth of the world's container ships were reportedly stuck this week outside the world's largest port in Shanghai, where lockdown restrictions are beginning to ease. China's zero-COVID policy is causing major supply chain disruptions that will likely slow Chinese GDP growth and have a ripple effect on the global economy.

40: Debt held by national governments now accounts for almost 40% of total money owed, the most in six decades. Although the rise in public borrowing has been led by Western economies and China, many developing countries are the ones deepest in the red because they took on a lot of debt to pay for pandemic stimulus in 2020.

36: The price of Japanese karaage (fried chicken) sold in popular konbini convenience stores has recently gone up 10%, the first price hike in ... 36 years. Why is this finger lickin’ good? For more than 20 years, Japan has been experiencing deflation, and the government needs prices to rise in order to prop up the weak yen.

This edition of Signal was written by Gabrielle Debinski, Alex Kliment, Carlos Santamaria, and Willis Sparks. Edited by Tracy Moran