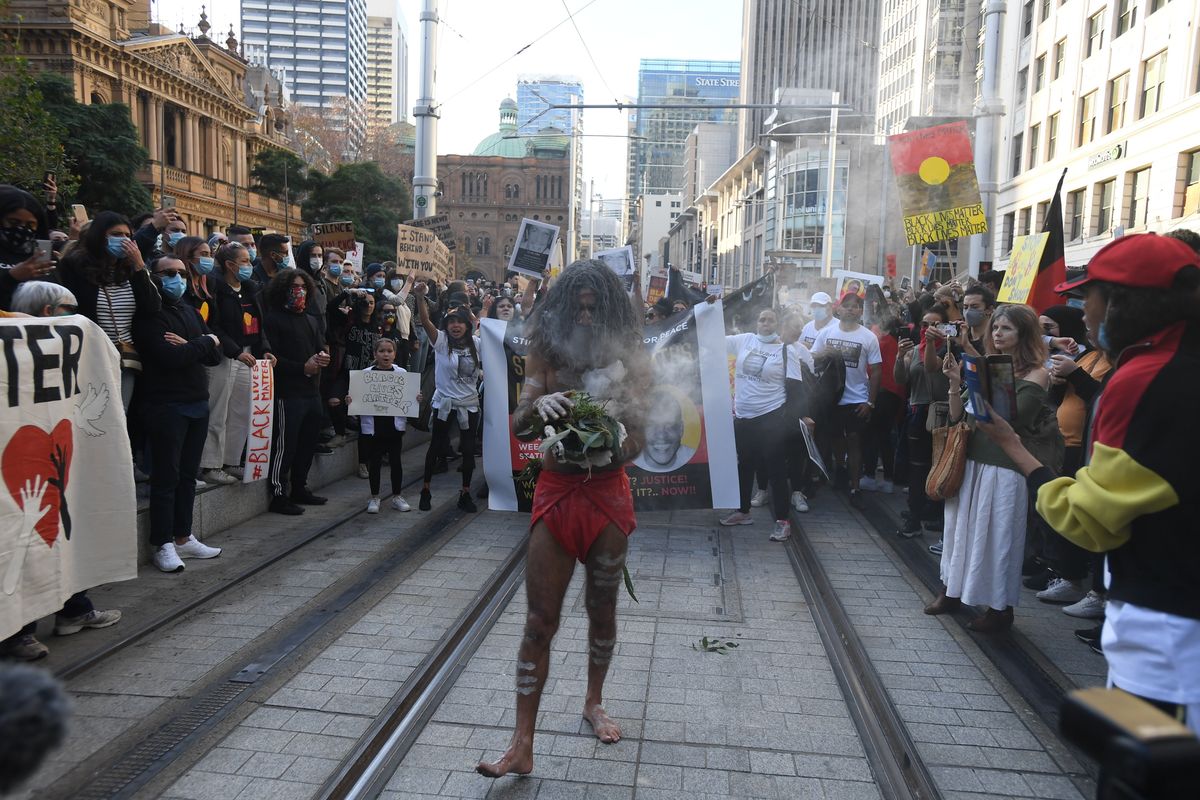 The killing of George Floyd by police in Minneapolis has set off a wave of global protests, prompting countries around the world to examine racism and inequality within their own criminal justice systems. In the coming weeks we will highlight some of the places where calls for criminal justice reform and racial justice have grown the loudest.

Today, we start with Australia, where thousands of protesters have gathered in recent days to throw a light on the plight of the country's Indigenous population.

The Stolen Generation. For much of the first half of the twentieth century, Indigenous children were forcibly removed from their families as part of a government scheme to hasten the disappearance of Indigenous culture. These children, who were taught to reject their own cultural traditions, were often placed in state-run institutions rife with abuse. They became known as The Stolen Generation.

And the results of systemic prejudice are clear. Aboriginal and Torres Strait Islander people have lower literacy levels than their white neighbors, and have a child mortality rate twice that of non-Indigenous kids. Meanwhile, life-expectancy for Aboriginal people, seen as a metric for general wellbeing, lags well behind non-indigenous people. (Life expectancy for Indigenous men, for example, is 8.6 years lower than for non-Indigenous males.)

One of the key focuses of recent protests across Australia has been racial disparity in jails. Indigenous Australians are 12.5 times more likely to be locked up than their fellow citizens who are white, and are more likely to suffer police brutality. Some 28 percent of all incarcerated adults are Aboriginal, nine-times their percentage of the general population. This racial discrepancy is even worse than in the United States where 34 percent of all prison inmates are African American despite their accounting for 13 percent of the general population.

The burden of police brutality in Australia also disproportionately falls on people of color. In the early 1990s a national inquiry was formed in response to a spate of Indigenous deaths in police custody. The report found that "Aboriginal people are more likely to die in custody because they are arrested and jailed at disproportionate rates." But despite years of lobbying for reform, Indigenous deaths in custody persist.

What has been done to address racial inequality?

In 2008 the Australian government committed to address the problem when the Rudd government introduced "Closing the Gap," a wide ranging program meant to bridge the health and life expectancy chasm between Indigenous and non-Indigenous Australians by improving access to healthcare, boosting literacy rates, and providing more employment opportunities.

What do the protesters want?

Undoing centuries of discrimination is a multifaceted and generational project. But the protesters immediate demands for reform focus on two aspects of criminal justice:

They are calling for a criminal probe into ongoing negligence by police. Since the 1990s, more than 400 Indigenous deaths in police custody have not been sufficiently investigated.

Additionally, a 2018 agreement to reduce the number of Indigenous people in detention by up to 19 percent over the next decade may also be revised after activists recently called for more ambitious targets to be set.

While calls to "defund" the police have become a rallying cry in the United States, the goals of Australian activists have been slightly more modest. That's not because of the scope of the problem, but a byproduct of the numbers. "We are obviously a very, very small minority," said Noel Pearson, a respected Aboriginal voice. "We couldn't mount the resistance you see in the US."