AMLO AND OTHERS: PEOPLE ARE MAD ABOUT DIFFERENT THINGS 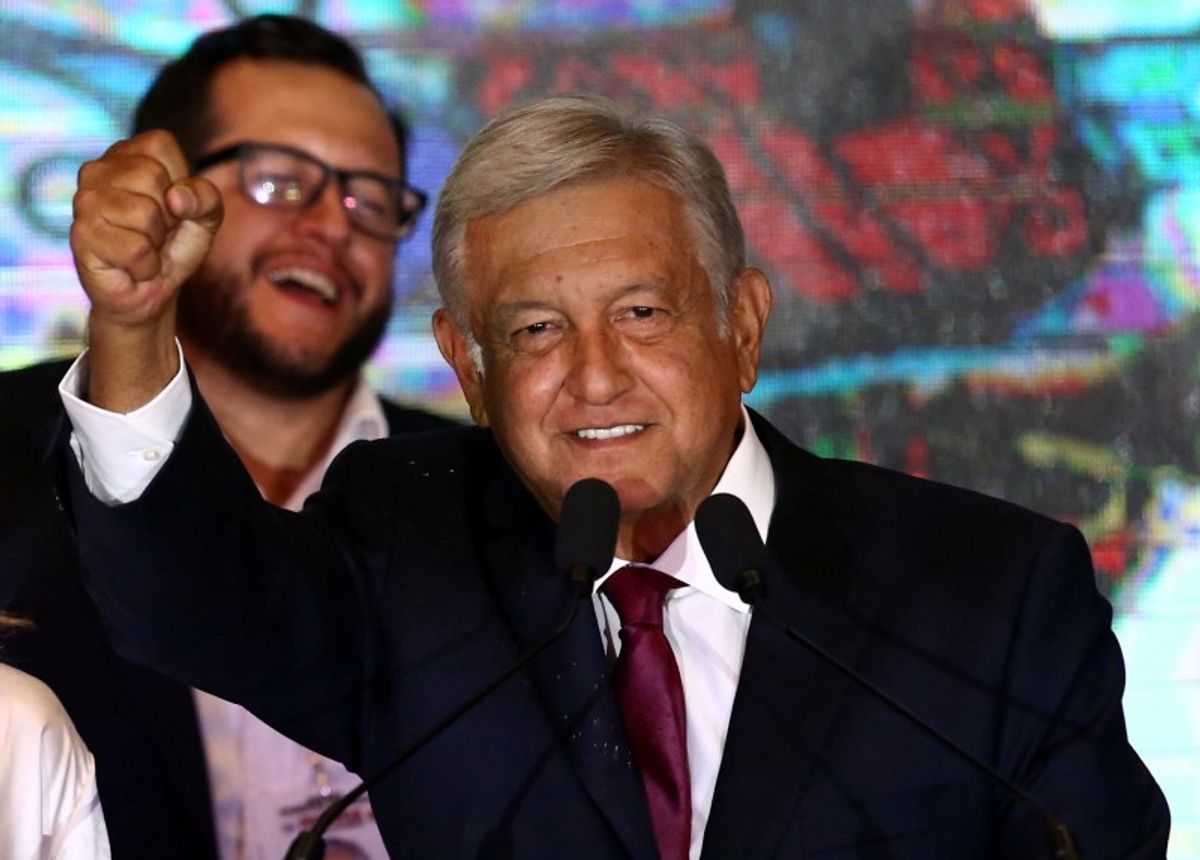 If ever there was a mandate for change, this was it. In the Mexican presidential election on Sunday, left-wing nationalist Andrés Manuel López Obrador rang up both the largest vote tally and widest margin of victory in his country’s democratic history. He also appears to have led his Morena party to control over both houses of Congress, upending nearly a century of rule by establishment parties. (Final results will be out by Wednesday.)

Willis has already shed some light for you on López Obrador’s background and intentions. But how does the triumph of AMLO, as Mexico’s next president is known, fit into the larger narrative of anti-establishment backlashes that have rippled across Europe and the Americas in recent years?

Here’s one thing to consider: Whereas the populist forces in Europe focus on borders, migration, and national identity, Latin America’s mad-as-hell voters have different concerns: corruption, crime, and inequality. In part that’s because the major shock to European politics in recent years was external, the migrant crisis that peaked in 2015–2016, whereas in Latin America it was internal: the emergence of a new middle class during the boom years of the 2000s that has come to expect cleaner government, more equitable economic opportunities, and better living standards. Corruption scandals, botched reforms, and rising crime have all decimated support for establishment politicians in Latin America, opening the way for charismatic critics of those in power.

Here’s another: This is the first time that the current anti-establishment wave has brought firebrand nationalists to power in two countries that are at odds with each other. Sure, the Trumps and Dutertes and Orbans and Salvinis of the world all seem to admire each other’s style, but they do so from afar.

When AMLO takes office, he’ll have to contend with a US president who has repeatedly insulted Mexicans and thrown bombs into migration, border security, and trade relations — three issues that are critical for Mexico’s economy.

In the hours after AMLO’s victory, he and Trump exchanged positive messages, but relationships with Trump can sour awfully fast. If, on both sides of the Atlantic, we have seen a new wave of populists and firebrand nationalists confront elites at home and abroad — we will now get a look across the Rio Grande at what it’s like when two of these men confront each other.