Blame Canada! The Kingdom Lashes Out 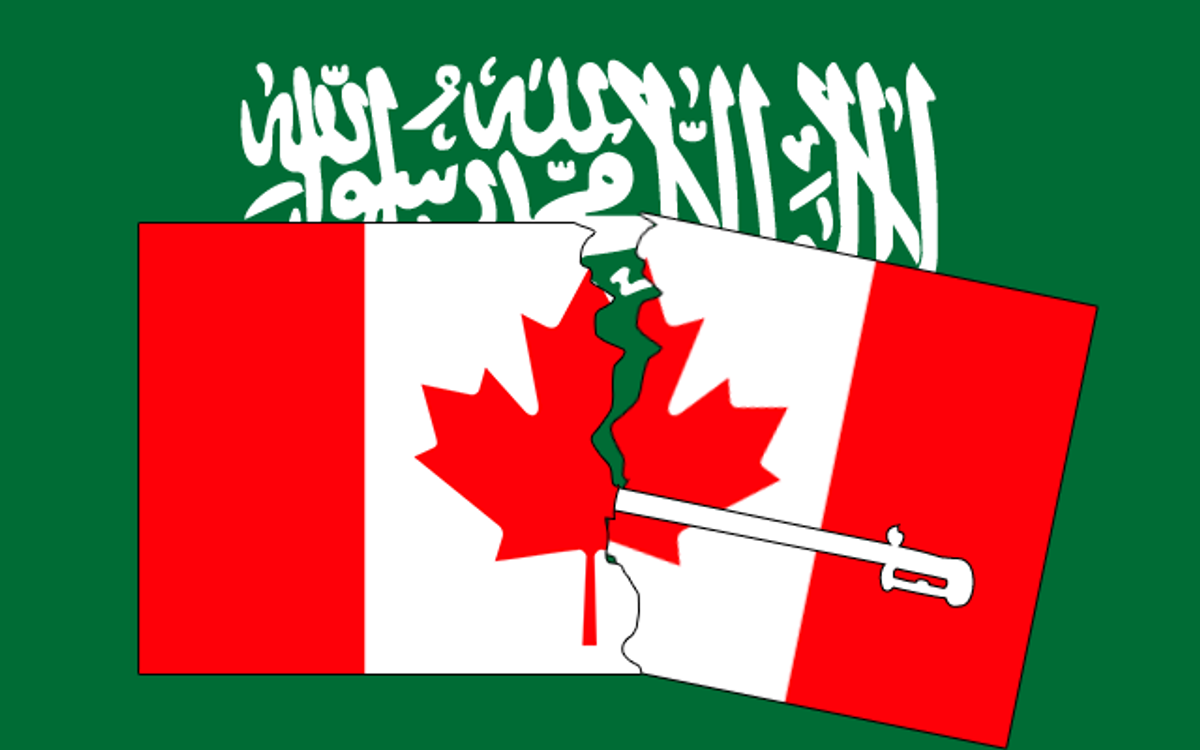 In recent days, the Kingdom of Saudi Arabia has thrown a fit with Canada. Riyadh has kicked out the Canadian ambassador, recalled its own envoy, cancelled flights between the two countries, and put a freeze on new bilateral trade and investment. A pro-government youth club went so far as to post (but then remove) an image that seemed to threaten Canada with a 9/11 style terrorist attack.

The reason for the blowup? Canada’s call for the release of recently-jailed activist Samar Badawi. Badawi is an outspoken champion of women’s rights who has also campaigned for the release of her brother Raif, a blogger sentenced in 2014 to a thousand lashes and ten years in jail for “insulting Islam through electronic channels.”

By the standards of the old pantomime act in which Western governments criticize Saudi Arabia’s appalling human rights record but more or less leave the energy-rich and strategically aligned kingdom alone, Canada’s statement hardly stands out.

So why the furious response?

But as part of that plan, he’s staged a power grab and crushed dissent to minimize challenges from rival princes or from conservative circles who hate what he’s up to. This, for example, explains why Prince Mohamed sees no contradiction in allowing women to drive while also arresting the women who have campaigned for allowing women to drive.

By lashing out at Canada – a country big enough to matter, but small enough not to risk any serious fallout – he is sending a signal: external criticism is now just as off-limits as internal criticism.

Second, there’s an external angle: the Trump effect. Just to be clear, the US has never – under any administration -- really put the screws to Saudi Arabia (or any other Sunni Arab allies) over human rights. But no modern US President has been as unapologetically uninterested in human rights issues as Donald Trump.

At the same time, Trump has signaled he is firmly in Saudi Arabia’s corner when it comes to the Kingdom’s key foreign policy objective, which is to crush Iran. Where Obama’s embrace of the Arab Spring and the Islamic Republic raised fears in Riyadh, Trump has set the House of Saud at ease.

Will Trump intervene on behalf of “very weak and dishonest” Justin Trudeau? Doubtful. And while Ottawa and Riyadh will probably eventually work this all out, other authoritarians will surely take notice that on Trump’s watch there’s room to be tougher at home and pricklier abroad.