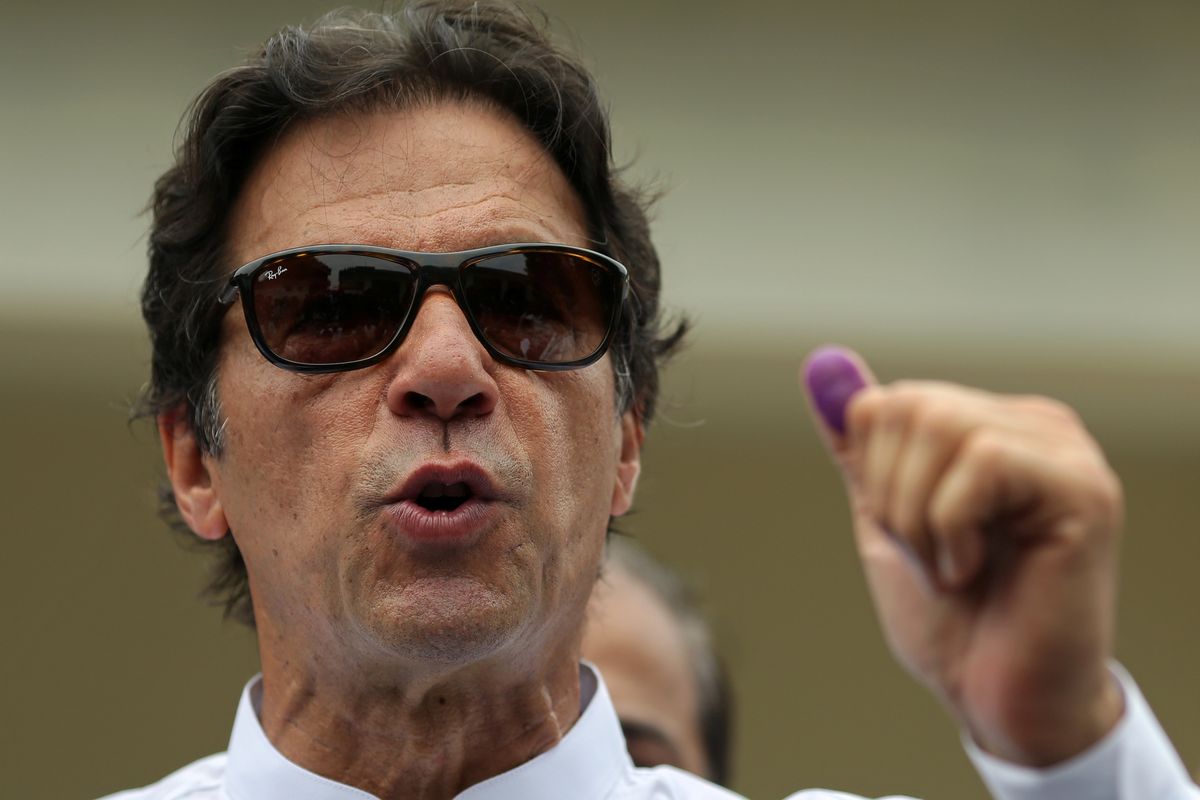 Following a campaign marred by deadly violence and charges of cheating, Imran Khan, a charismatic Oxford-educated aristocrat and legendary cricketer, has claimed victory for his Pakistan Tehreek-i-Insaf (PTI) party in Pakistan’s national elections. The party’s closest challenger, disgraced former Prime Minister Nawaz Sharif’s PML-N party, continues to insist the vote was stolen, but Khan will likely lead the next government.

This is a big deal. Pakistan’s military has dominated politics throughout the country’s 71-year history, and this transition will mark just the second time that one civilian-led government has passed power to another after their party finished its full term.

That said, as Khan well knows, parties in Pakistan have proven more resilient than their leaders. Not one of the 18 men and women appointed or elected as Pakistan’s prime minister has finished the term to which he/she was elected.

In a global context, this is yet another “change election.” As in France, Italy, and Mexico, a growing number of Pakistan’s voters have rejected the well-entrenched political establishment in favor of an outsider and the political party he created. (Khan launched PTI in 1996, but until now it has never truly contended for national power.)

In Pakistan, parties centered on political dynasties—Sharif’s PML-N (now led by Sharif’s brother) and the PPP (headed by the son of assassinated former Prime Minister Benazir Bhutto)—finished in second and third place respectively.

Who is Imran Khan?

Depends whom you ask. Critics say he’s a thin-skinned narcissist who doesn’t understand politics, constantly contradicts himself, and is in way over his head. Supporters, particularly young people hungry for change, say he’s just the man to take a cricket bat to Pakistan’s fantastically corrupt political culture.

Supporters and detractors agree he’s relentless. He has been Pakistan’s highest-profile political naysayer for more than two decades, and his dogged pursuit of a supreme court disqualification of corruption-plagued Nawaz Sharif defined this election.

On domestic policy, the new prime minister must tackle the deeply related problems of poverty and corruption. About 40 percent of Pakistanis live in poverty, and Transparency International, a corruption watchdog, rankedPakistan 117th of 180 countries on perceptions of corruption in 2017. Khan must also manage a badly weakened currency: The rupee has been devalued four times in seven months, stripping value from the banknotes Pakistanis hold in their pockets.

On foreign policy, Khan says he wants to resolve the (sometimes deadly) conflict with India over Kashmir and to improve relations with the US after a multi-year deterioration of ties with Washington. Though Khan says he wants to emulate China’s historic accomplishments in poverty reduction, a foreign-policy pivot toward Beijing has helped fuel a government debt crisis.

Khan must also carefully manage relations with Pakistan’s military, which remains central to corruption in government and business, and insists on final say on Pakistan’s foreign and security policy.

But the new prime minister’s biggest challenge will come from his transition from insurgent to incumbent. The perennial outsider must now assume responsibility for his country’s chronic problems while maintaining the backing of those who voted more for change than for Imran Khan personally.