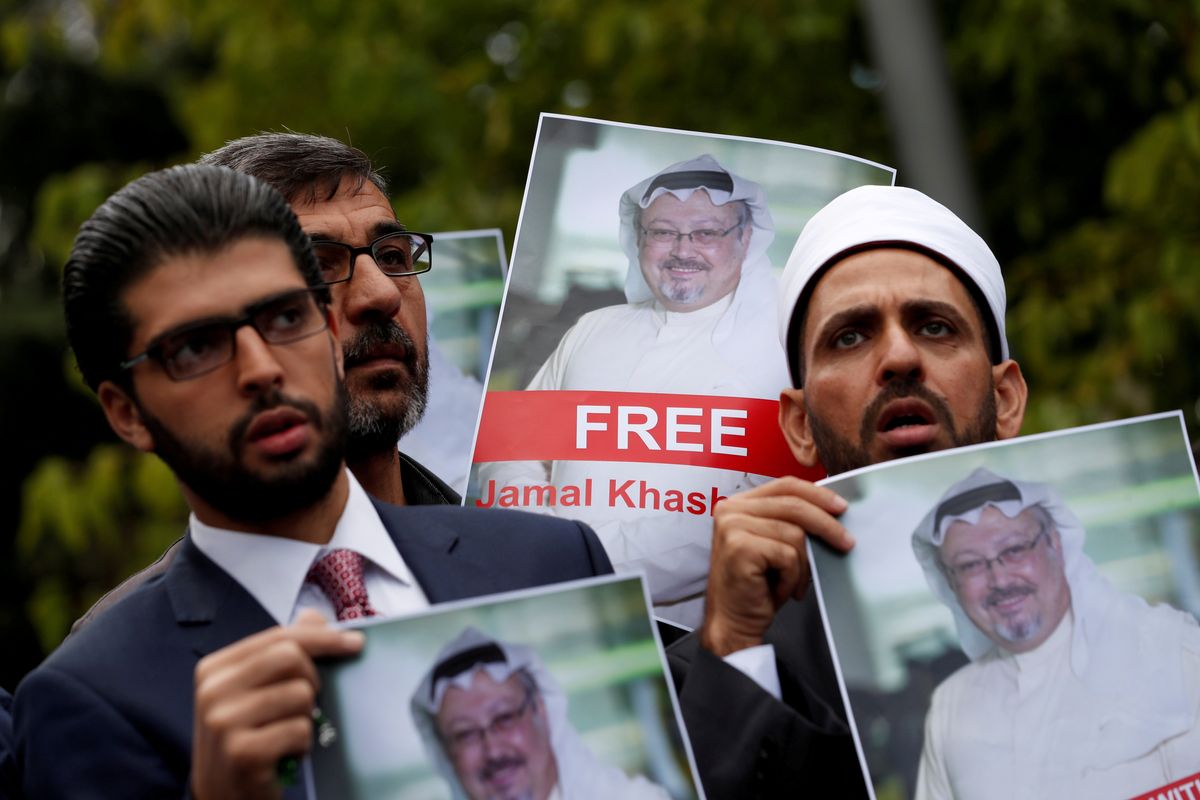 As of this writing, Saudi Arabia was reportedly preparing to release a report that acknowledges the death of dissident journalist Jamal Khashoggi in the kingdom’s Istanbul consulate earlier this month. The twist? It was an accident, they say, which occurred during an “unauthorized” attempt to kidnap and repatriate Mr. Khashoggi, who was living in exile as a critic of Crown Prince Mohammad bin Salman. This explanation would fit with what President Trump said he heard from King Salman, the crown prince’s father, yesterday morning — that maybe it was “rogue elements” within the Saudi elite who were responsible for Khashoggi’s death.

Irrespective of its veracity, which is impossible to know, this explanation does have the effect of cooling for now rising tensions between the three main powers involved in the drama—the US, Saudi Arabia, and Turkey. For the US and Saudi, Riyadh’s decision to shift the blame onto a few rogues gives President Trump cover to avoid taking actions that significantly downgrade an important — if controversial — relationship with Saudi Arabia. Washington won’t cancel any arms deals, and Riyadh won’t have to follow through on threats to retaliate, say, by cutting oil production or dumping US assets.

Turkish President Erdogan will also see this alibi as a way to ease tensions with Riyadh. His security services first leaked the gruesome allegations that Khashoggi was killed by the Saudis — who have been at odds with Ankara both over Turkish support for Sunni Islamist movements and Turkey’s warm ties with Iran. Erdogan himself—not wanting to escalate tensions—was somewhat diplomatic, proposing a joint investigation with the Saudis.

But the explanation also raises a few questions about what’s going on politically inside of Saudi Arabia, where Prince Mohammed has moved to enact reforms while also ruthlessly suppressing dissent and consolidating power. It’s certainly not uncommon for officials in highly authoritarian systems to misread signals about what their bosses want, or to overstep the bounds of unspoken understandings about what’s permissible — this often happens, for example, in Vladimir Putin’s Russia. On the other hand, 15 officials traveling abroad to kidnap a prominent journalist with powerful friends in the West is a heck of a conspiracy to keep under wraps.

Here’s the dilemma Prince Mohammed now faces if this is the final word from Riyadh: he will have to name and punish some of his own top officials in order to satisfy outside critics. If they are really rogues, then his grip on power may be more uncertain than it seemed. If they are not, he will have to punish people who will consider themselves to have just been following orders.

Even if the official explanation of this deplorable killing eases international tensions, the domestic implications within Saudi Arabia could only just be starting.