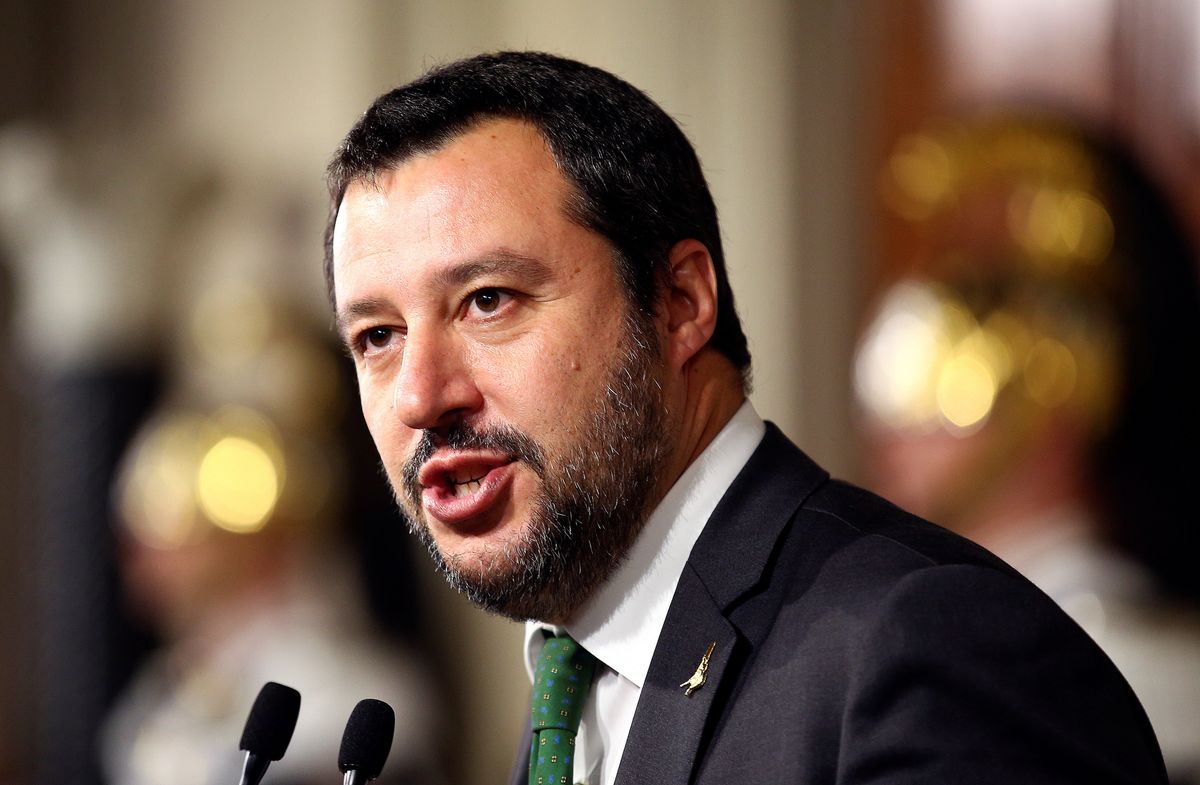 During my vacation in Italy these past few weeks, I managed to stay off Twitter and email, I swear. But I wasn’t above giving an occhiata to the local dailies. What jumped out at me most is the astounding political success of Matteo Salvini, leader of the rightwing Lega (“League”) party which currently governs in coalition with the leftish, anti-establishment Five Star Movement (M5S) in what has been called Western Europe’s first “all populist” government. A few observations and a thought..

First, of course, Matteo Salvini is not actually the prime minister. Nor is he head of the largest party in parliament (this distinction falls to labor and economic development minister Luigi DiMaio, who heads M5S). But a casual visitor would hardly know it. Salvini, is a ferociously nationalistic, anti-immigrant firebrand who, as interior minister, now runs the show on the ultra-divisive issue of migrant policy. He acts and is covered as though he were in fact “Salvini Premier” (a campaign slogan he still uses in public and on social media.) Simply put, Italian politics revolves largely around him.

His direct language and shrewd use of social media only enhance his public profile, whether the coverage is good or bad. (While I was there he elicited huge outcry by a) quoting Mussolini and b) being portrayed as Satan by a Catholic magazine. All in a week’s work for Salvini.)

Second, Salvini’s limelight role in Italian politics is helping his party immensely. Lega won 17 percent of the vote in March, but since then its support hassurged to more than 30 percent, placing it roughly on equal footing now with M5S. Lega’s growth has come largely at the expense of the exhausted center-right Forza Italia party of Silvio Berlusconi – mirroring the success of other European right-wingers at weakening center-right establishment parties. But Lega’s surge speaks to the larger success that Salvini has had in transforming his party since he took charge in 2013.

The Lega Nord (“Northern League”, as it was then known) was once a regional quasi-secessionist party that looked down on Southerners and considered the tax-taking central government in Rome as its main enemy. But Salvini has rebranded it as a fiercely nationalistic party that looks down on immigrants and sees the EU (particularly its policies on migrants and budget deficits) as its main enemy.  That shift has helped the party to put down deeper roots even in the South, whose people Salvini once openly derided (and in song, at that.)

Coupled with strong support from Northern industrialists and small town middle class folks who like its long-standing anti-tax message, Salvini is building a supple and potentially dominant coalition, with a well-organized party machine that the M5S folks, still newer to the scene, can only dream of.

The big question as Salvini’s personal and party clout grows is whether the somewhat unnatural alliance between Lega and the M5S will turn into a more open rivalry and, in turn, what that might mean for Italy’s economy and its relationship with the EU.

One smaller bonus question that may interest you is: what was Salvini thinking when he did this semi-nude centerfold piece for the Italian magazine Oggi in 2014? (Hat tip to my pal Fede Santi at Eurasia Group for this gem.)