Trump-Kim: Round 2 in Vietnam 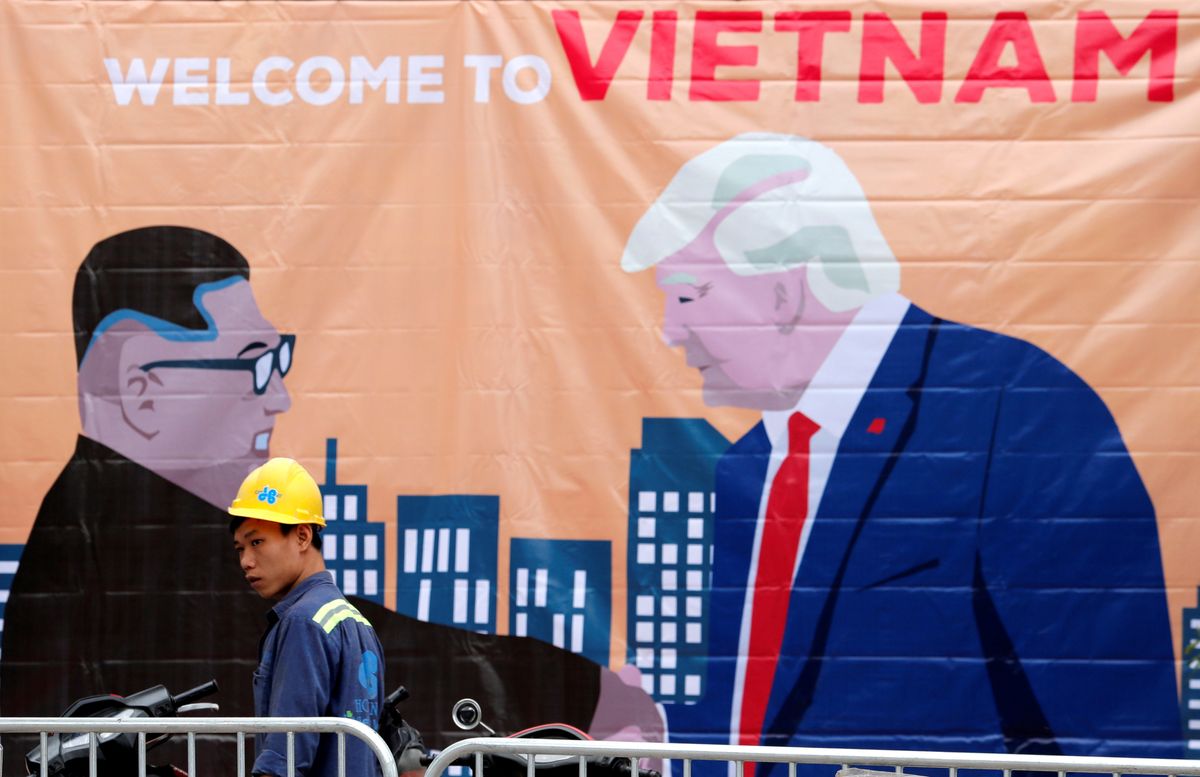 Eight months after their historic summit in Singapore, US President Donald Trump and North Korean leader Kim Jong-un will get together again in Hanoi for two days, starting tomorrow.

North Korea has taken a number of positive steps since last June. It moved to dismantle missile and nuclear test sites and return the remains of US soldiers killed in the Korean War. Most importantly, it didn't test a single ballistic missile in 2018, after launching a record 25 in 2017.

That said, all signs suggest that North Korea's production of nuclear weapons continues apace, and it has refused to allow outside monitors to visit its facilities.

What's on the agenda for round 2?

Trump's task this week is to turn the warm feelings that came out of Singapore into concrete results. Maximal progress would be to get Chairman Kim to agree to a detailed denuclearization roadmap, which would entail North Korea dismantling its nuclear arsenal in exchange for a loosening of economic sanctions and a gradual drawdown of America's military presence in South Korea. The danger is that Trump, wanting to gain global recognition for his achievements, gives away too much with little to show for it.

Mr. Kim, for his part, is keen to exploit Mr. Trump's tendency to shoot from the hip and his evident desire for a newsworthy accomplishment, which allows the North Korean leader to dictate the pace and sequencing of negotiations. He's hoping to coax concessions out of the US president once they are alone without advisors and to avoid a detailed program that involves his core weapons program.

Who else is tuning in?

While the focus this week will be on Messrs. Trump and Kim, other regional powers have interests at stake too.

Here's what others will be watching in Hanoi:

Japan has mostly been locked out of the diplomatic process with North Korea so far. Prime Minister Shinzo Abe has asked for the return of 12 nationals currently being held in the North. But Japan's main concern is that Mr. Trump could do a deal that gets Kim to give up long range missiles that can hit the US, but keep shorter range weapons that can still hit Japan.

South Korea arguably has more on the line in Hanoi than anyone else. Over the past year, President Moon Jae-in has pursued a substantial diplomatic opening with the North, in part to deepen economic ties that can help his own country. So far that goal has proven elusive. He wants a deal that would allow trade and investment with North Korea to grow, but he also understandably worries that to get such a deal Mr. Trump could decide to gamble away the presence of US troops in South Korea. After the Singapore summit, the US president surprised many, including Mr. Moon, by announcing the temporary suspension of US-South Korea military exercises.

China likes the current pace of negotiations and doesn't want to see a "grand bargain" this week. President Xi Jinping and Mr. Kim have coordinated carefully before every major summit. Last month, Kim traveled to Beijing for his 35th birthday, and he's likely to return there soon to update the Chinese leadership on how things went in Hanoi. North Korea's sense of insecurity is China's biggest point of leverage, points out Sun Yun of the Stimson Center. So long as Pyongyang remains mistrustful of the Americans, the Chinese remain in a strong position, she told us.

The bottom line: The Singapore summit was just a warm up. This week, we'll really see how strong the relationship is between President Trump and Mr. Kim and what it can achieve.