US election seen from Iran: A "rare window of opportunity" 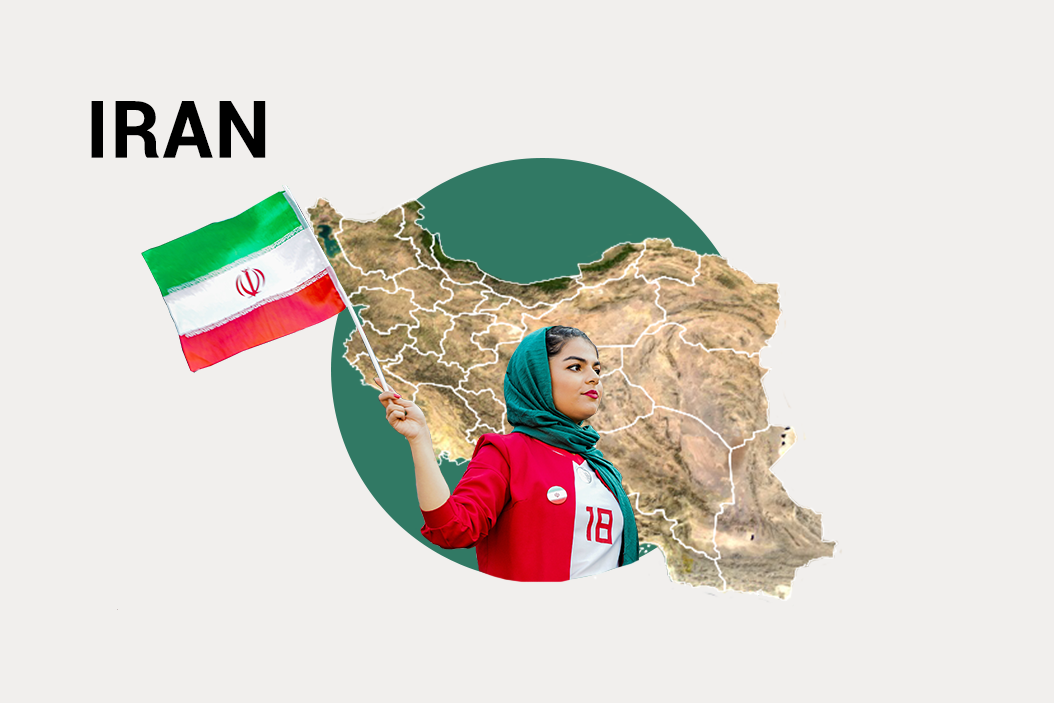 Negar Mortazavi is a Washington DC-based journalist covering Iran and the Middle East. She is a columnist for the Independent in the UK and a frequent guest for the BBC. Our conversation has been edited for length and clarity.

Gabrielle Debinski: How much does the result of the US election in November matter to the Iranian people and the Iranian government?

NG: It matters very much. I would argue that US foreign policy impacts certain populations and countries in the world even more than Americans themselves. Regarding Iran, under Barack Obama, there was a policy of diplomacy and engagement and it was successful. They reached out to Iran and were able to negotiate and cut a historic nuclear deal and open the door for more engagement and diplomacy.

Under Donald Trump that has been reversed. President Trump pulled out of the nuclear deal and he has started this policy of maximum pressure on Iran, the cornerstone of that is economic sanctions. The goal of these sanctions is to crush the Iranian economy. And they've had a massive effect. And you see that in the daily lives of ordinary Iranians, very much working-class, middle-class Iranians who are feeling the pressure from these sanctions, which is also combined with internal mismanagement of the government and corruption.

So if President Trump does not win the election and Joe Biden comes in, he's promised to reengage with Iran, recharge the nuclear deal and basically reverse the Trump policy that is going to have a major effect on the Iranian economy.

NM: Since President Trump took office and put more pressure, the moderate faction of the Iranian political system has been weakened. And in contrast, the hardliners, who are the ones championing, you know, tensions, confrontation with the West and with the US, the "Death to America" camp, the ones that don't want so much engagement and relation and diplomacy — they have been emboldened and strengthened.

If Joe Biden comes to the White House, I think the moderate [movement] will have some time to regroup. It'll be revitalized and it will have a major impact on the upcoming presidential election in Iran [June 2021] and basically set the stage for almost the next decade. And the result of the election is going to determine the direction of Iranian policy for the next eight years.

Donald Trump has basically proved the hardline argument in Iran that the US is not to be trusted. Even when we go and make an agreement with them, they don't abide by it.

GD: The US recently pushed to re-impose so-called "snapback" sanctions at the United Nations. How have economic sanctions affected everyday Iranians?

NM: I was talking to someone in Tehran recently, somebody from the middle class who was telling me that compared to two years ago, they have gotten ten times poorer because the value of the currency has dropped by almost fivefold.

And then everything has gotten a lot more expensive than just the devaluation of the currency. In the meanwhile, salaries and incomes haven't changed much. So it definitely has had an impact to the point that certain families in the working class can't even afford to eat meat as much — meat has become a rare commodity on certain people's tables.

One of the areas where it's very painful to see the impact of sanctions is on medicine, even though you hear from the US government that medicine is supposed to be exempt from sanctions. But in reality, medicine that is hard to be made in generic form, or Western made life-saving medicine for diseases like cancer or like MS, there is a shortage of that and it's a direct impact of US sanctions.

GD: What's the general perception among analysts like yourself regarding how US-Iranian relations might have evolved if Hillary Clinton had won the 2016 election?

GD: If Biden comes to occupy the White House and a moderate wins the Iranian election next summer, do you think the Iranian regime might be willing to reengage with the US in a serious way?

NM: So the Iranians — and this is not just a moderate camp, we hear it from even certain hardliners and the Supreme Leader himself — they have been consistent in saying that they are ready to return to the JCPOA [Iran nuclear deal] if the US does, and sanctions are lifted.

So if a moderate eventually does win the presidency, then that could open the door for a similar situation, as I said, that we would have gotten with a Clinton administration, because it would be basically two terms of a Joe Biden most likely coinciding with eight years of a moderate in Iran. That would be a very rare window of opportunity, because in the past 40 years, one of the issues between Tehran and Washington has been timing.