We heard voices from global heavyweights like Russia, China, Germany, Brazil, and India, as well as countries like El Salvador, the Philippines, Iraq, Colombia, and Ethiopia that are often caught in the riptides of great power rivalry.

To be clear, this project isn't an academic study or a poll. It's simply a series of interesting (and sometimes surprising) conversations with thoughtful people from around the globe about the US election and what comes next. None of them tried to represent the totality of views in their countries, but together they gave us a mosaic of opinions and ideas about how this pivotal American vote may echo abroad — in terms of policy but also in perceptions of America's moral authority and broader role in the world.

Here are a few things that jumped out at us:

US allies and adversaries both have a lot at stake. Major US economic partners like Canada and Mexico are watching to see if US trade policy stays on its current protectionist track (or not). Meanwhile, countries like India, Ethiopia, or El Salvador, the birthplace of large numbers of US immigrants, are watching to see if a change of power undoes Trump's more restrictive US border and visa policies.

Traditional security allies like Germany, the UK, and Japan are trying to understand whether the past four years of upheaval and uncertainty in their ties with the US will become permanent, or if there is room for repair under a Biden administration that is both more familiar and more invested in America's alliances.

China, increasingly locked in a global rivalry with the US, is watching all of these questions at once. And from Iran we heard concerns about whether a second Trump term would further embolden that country's hardliners, or whether a Biden administration could help strengthen its political moderates, reopening direct dialogue between the two countries.

Trump effect: right-wingers on the ropes if he loses. Brazil's Jair Bolsonaro, Poland's Andrzej Duda, Israel's Benjamin Netanyahu, and Turkey's Recep Tayyip Erdogan have a lot riding on good relations with Trump (who is popular in all four countries) and stand to suffer at home if he loses in November.

People aren't reading about the US election every day. While it clearly matters beyond US borders, the vote is hardly the most important news item in any of the countries we heard from. Almost everywhere, the chief concerns are the coronavirus pandemic and its crippling economic fallout.

We also heard worries about local issues like water security in Egypt, low oil prices in Iraq, the post-Brexit future in the UK, or the likely return of the mass social protests that rocked parts of South America last year.

US-China will get worse — but how fast? Many we heard from were sure that the US-China rivalry will get worse in the coming years, in part because of a keen understanding that there is now bipartisan support in the US for a tough line against Beijing.

But in most countries, including China, there is a belief that a Biden administration would manage those tensions in a more predictable and diplomatic way. That's not necessarily seen as a good thing everywhere: in India, Trump's unprecedented willingness to "break the Chinese" has been welcomed as a refreshing change from the more timid approach of administrations past.

The US needs to do "less lecturing and more partnering." Some of our most interesting conversations about the US-China rivalry were with journalists from Africa, where China's commercial influence has expanded massively in recent years as the US has pulled back. In Nigeria, for example, where Chinese investment is widespread, we learned that locals still suspect Beijing's motives, and there is a "desire for the US to do more" but with "less lecturing and more partnering."

November 3 as a moment of clarity. "For the first time since World War Two," South African journalist Ron Derby told us, "you have a US that is absent, imploding on itself...and no one is quite sure what it stands for."

On November 3, many around the world will be watching the vote to understand what Americans themselves -- deeply polarized and increasingly inward-looking -- think about their country's role in the world: has the US become a fundamentally more protectionist, nationalistic country? Or were the past four years an aberration?

In a few weeks, voters in the United States will go to the polls in an election that could reshape American life for years to come.

But in the stark choice between President Donald Trump and Democratic nominee Joe Biden, Americans will also be choosing the person who will oversee the world's biggest economy, command its most powerful military, and govern a country that still has unparalleled global reach in commerce and culture.

In short, the impact of the election result will reverberate far beyond American shores.

In August, GZERO writers asked local journalists and commentators in 24 countries how the US election drama is playing out where they live, how the most unconventional presidency in modern American history has affected their countries, and what they expect to come next.

You can find all 24 interviews below. A podcast featuring highlights of the conversations can be found here. 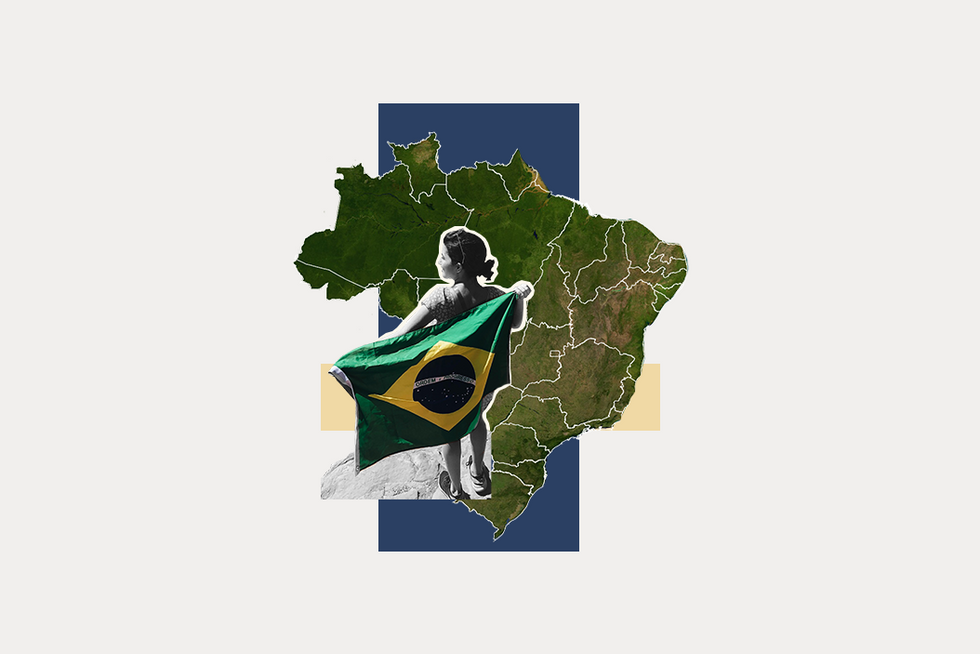 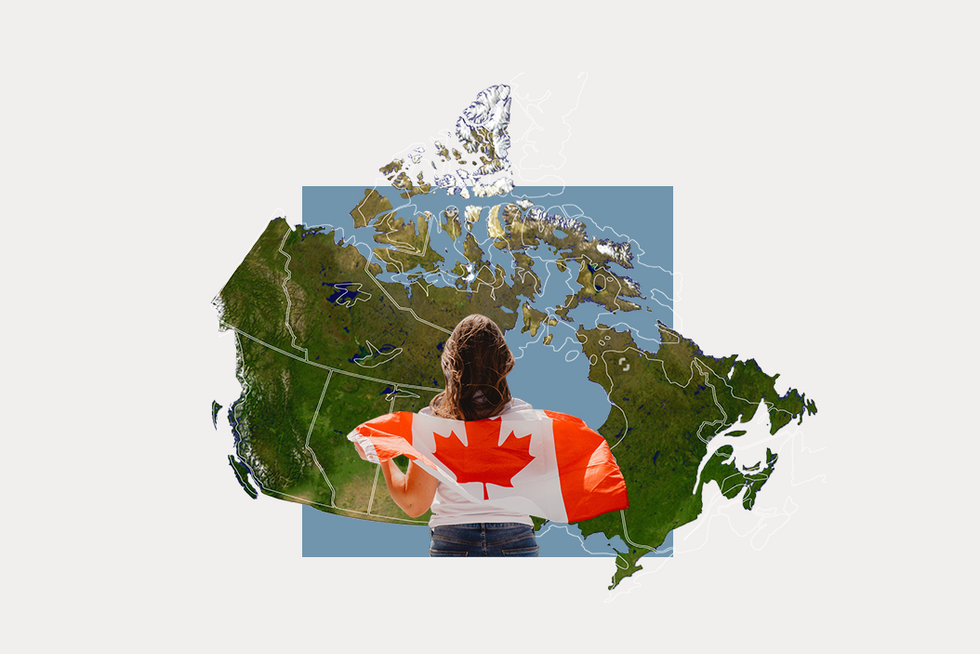 "It was almost insulting that Donald Trump did not see that we were special." - Althia Raj, The Huffington Post Canada. Read more. 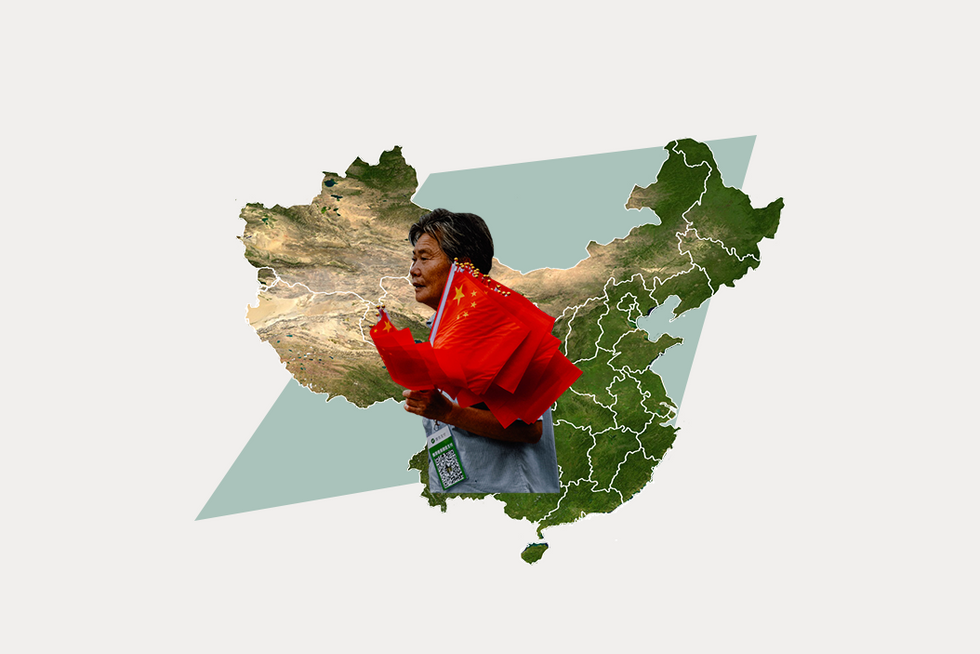 "It does not matter too much who will sit in the White House in January next year. China-US ties will not return to the old track." - Wang Xiangwei, South China Morning Post. Read more. 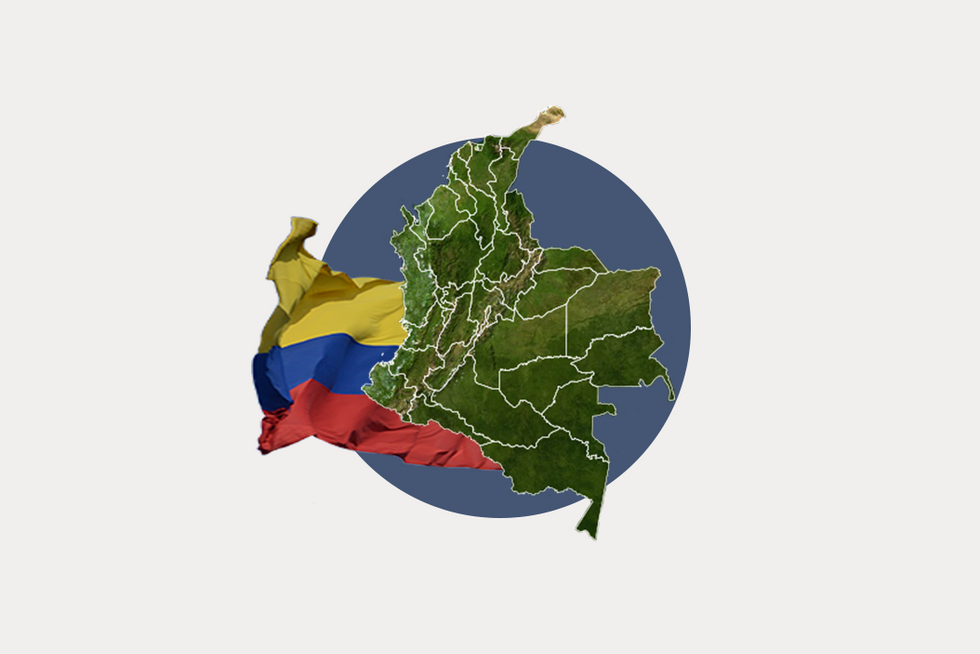 "What do we see from the outside? It's like an empire that is going down." - Camila Zuluaga, Caracol TV and Blu Radio. Read more. 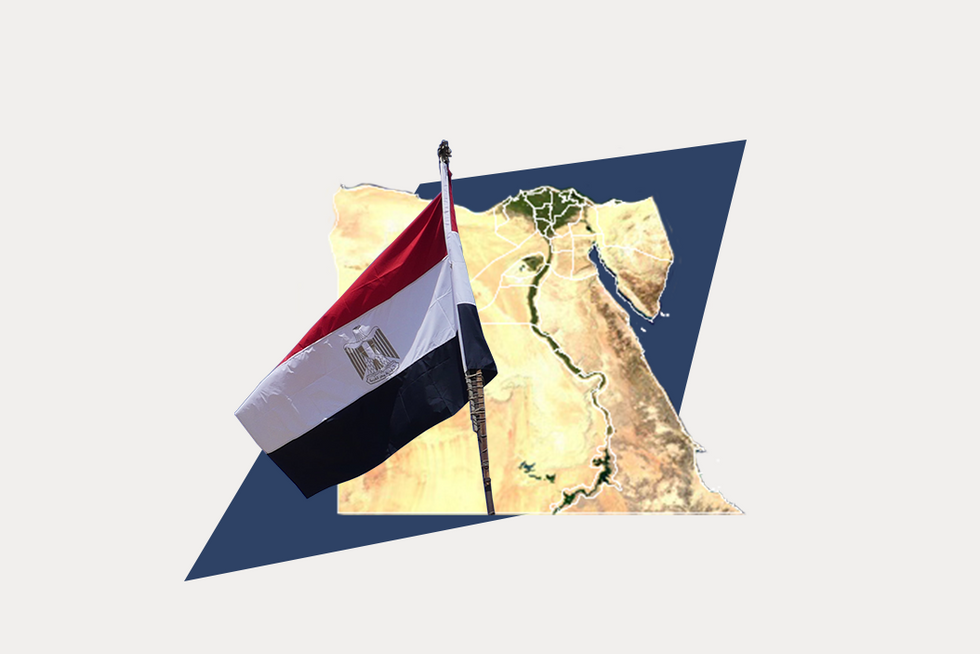 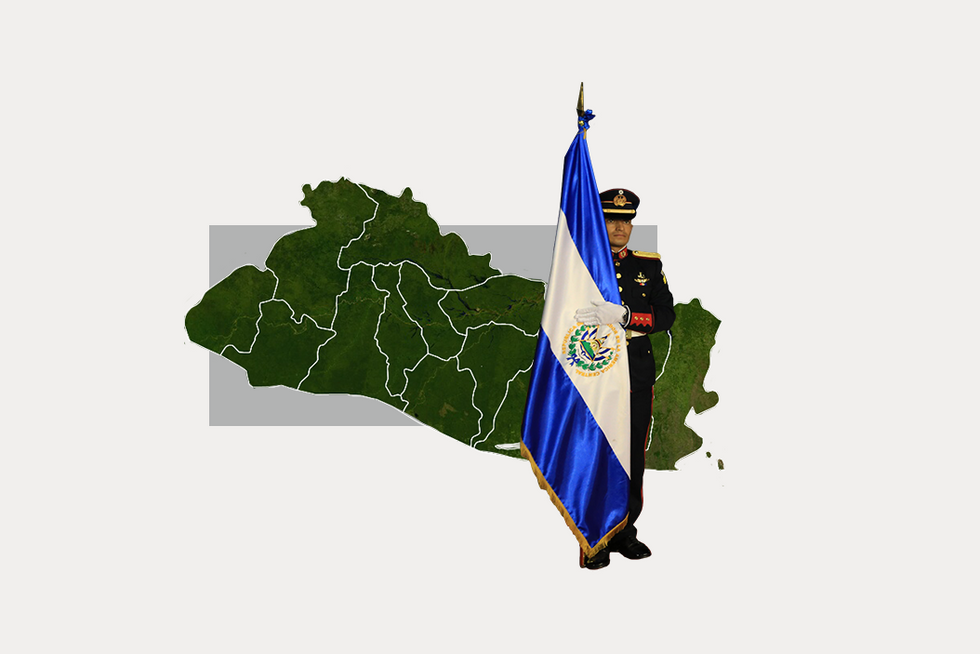 "The US has always been like a godfather. But there are many reasons in our history to not call the US a particularly kind godfather." - Sergio Arauz, El Faro. Read more. 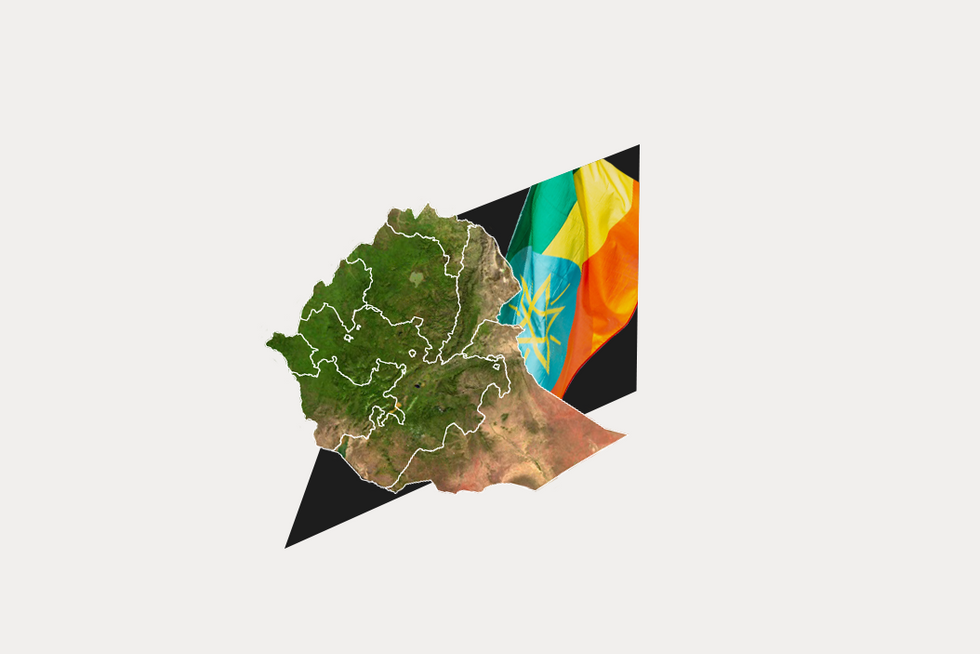 "We need to find a new way of dealing with the US." - Torsten Riecke, Handelsblatt. Read more.

"Trump was willing to break China, literally, in an attempt to recalibrate the relationship." - Pramit Pal Chaudhuri, the Hindustan Times. Read more.

"Trump proved the hardline argument in Iran that the US is not to be trusted." - Negar Mortazavi, The Independent. Read more. 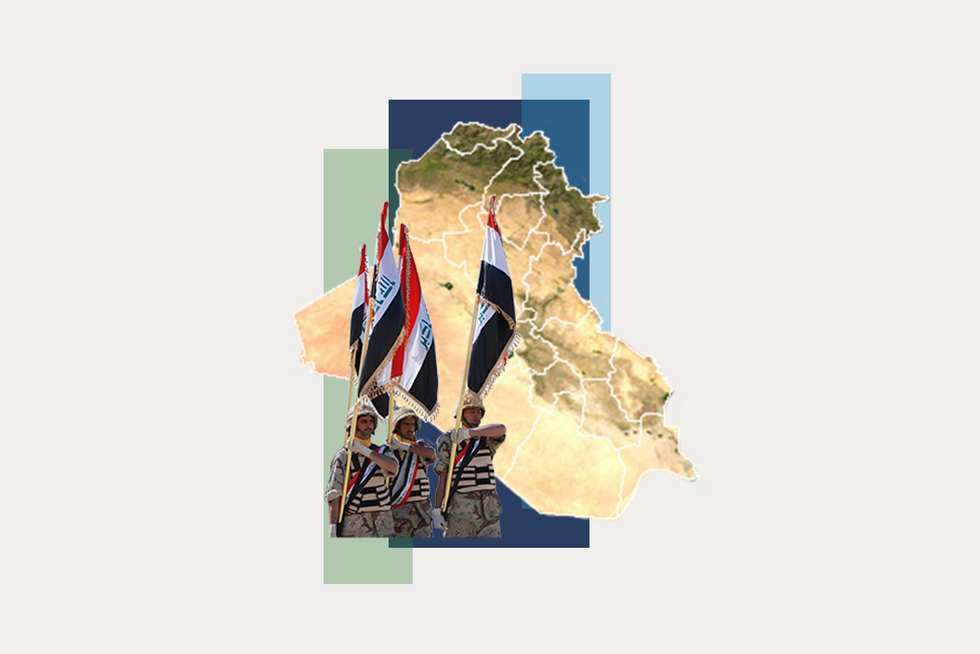 "What comes to the forefront of Iraqis' minds with the US race is whether US policy towards Iran is going to change or not." - Farhad Alaadin, Iraq Advisory Council. Read more. 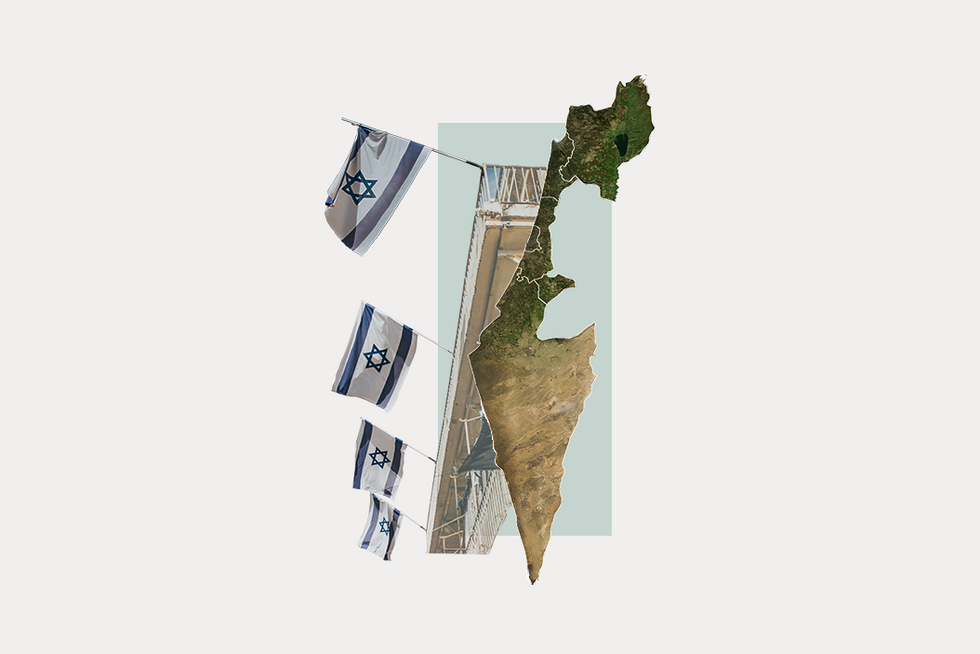 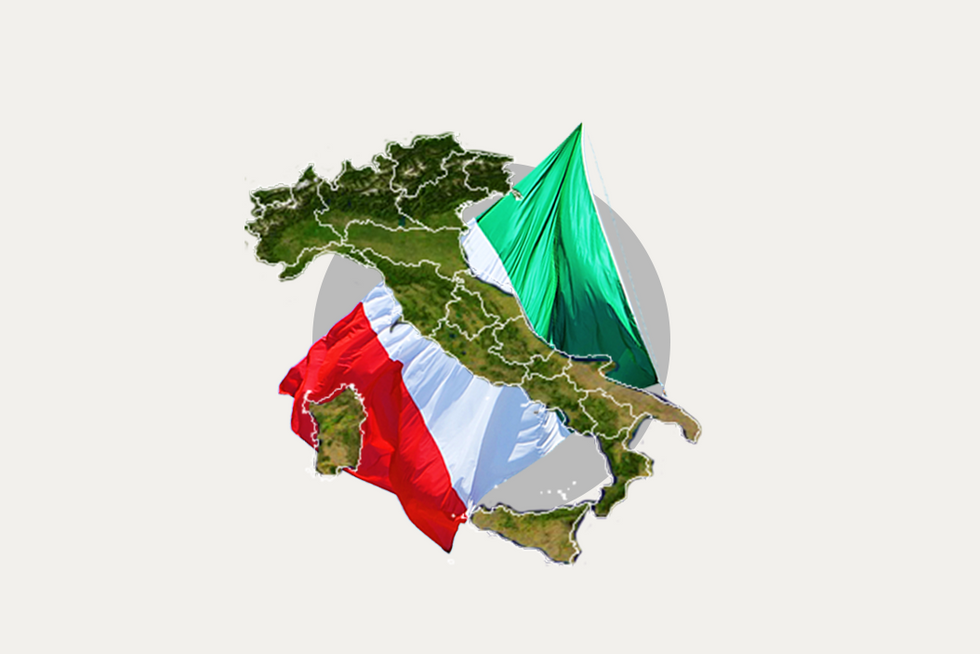 "For the Italian people, the US election is more a curiosity about the destiny of the leadership of Donald Trump." - Massimo Gaggi, Corriere della Sera. Read more. 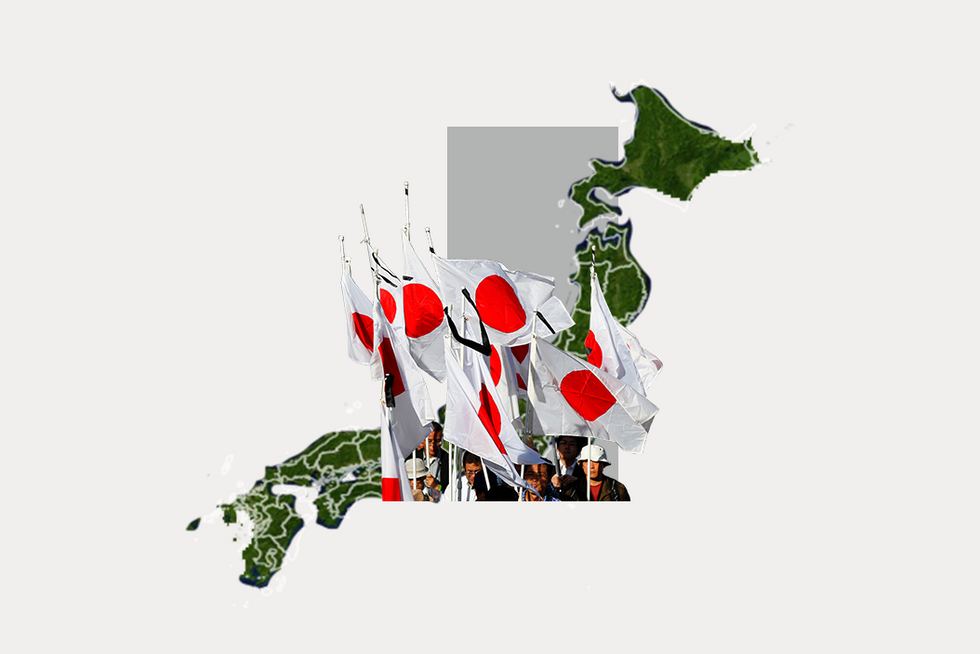 "There is always this little cloud of unpredictability hanging over our head when it comes to Trump."- Junko Tanaka, former NHK Washington bureau chief. Read more. 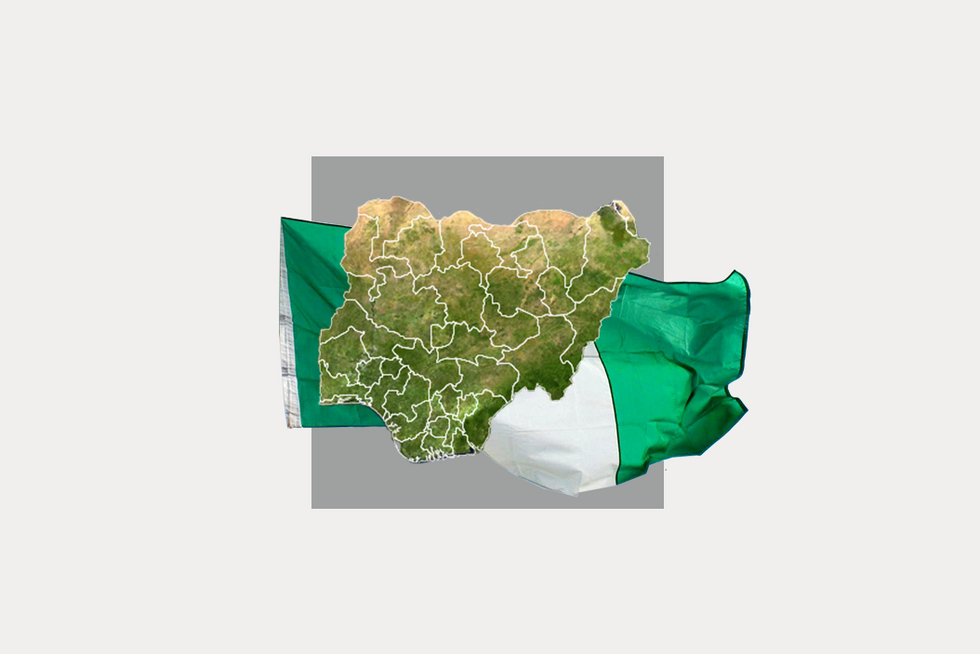 "We want to hear what the US is for, not what they're against." - Christopher Olaolu Ogunmodede, The Republic. Read more. 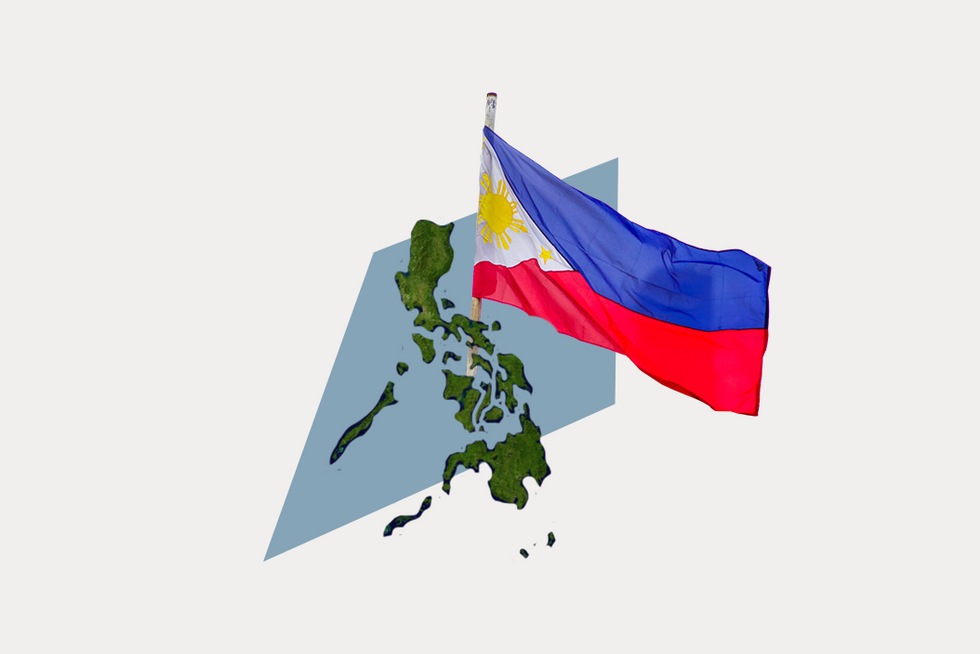 "We need the US back for the balance of power to return to the region." - Camille Elemia, Rappler. Read more. 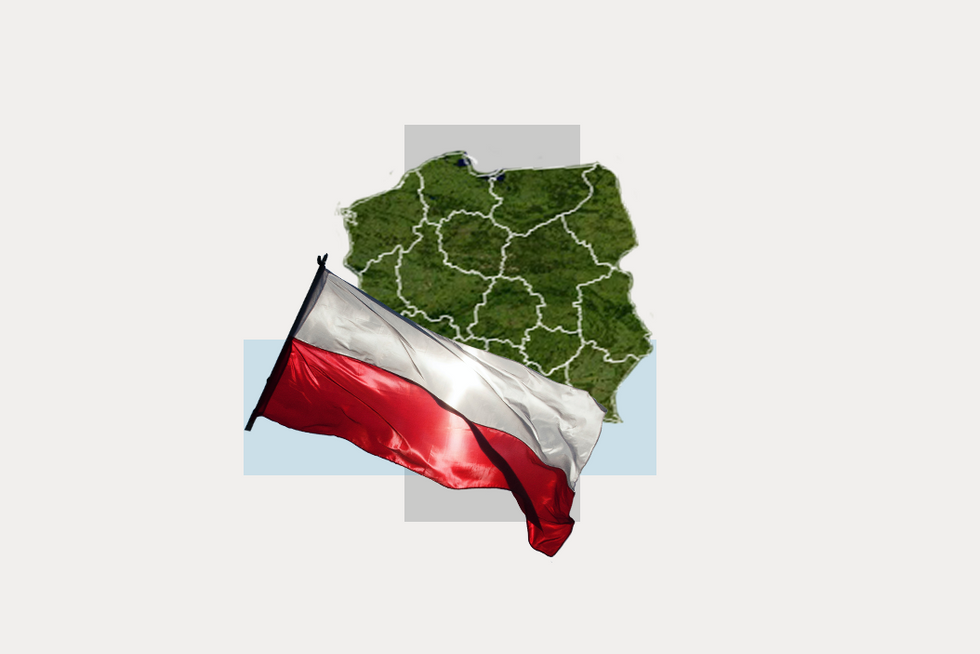 "The Law and Justice Party was extremely lucky to have Trump." - Lukasz Warzecha, Do Rzeczy. Read more. 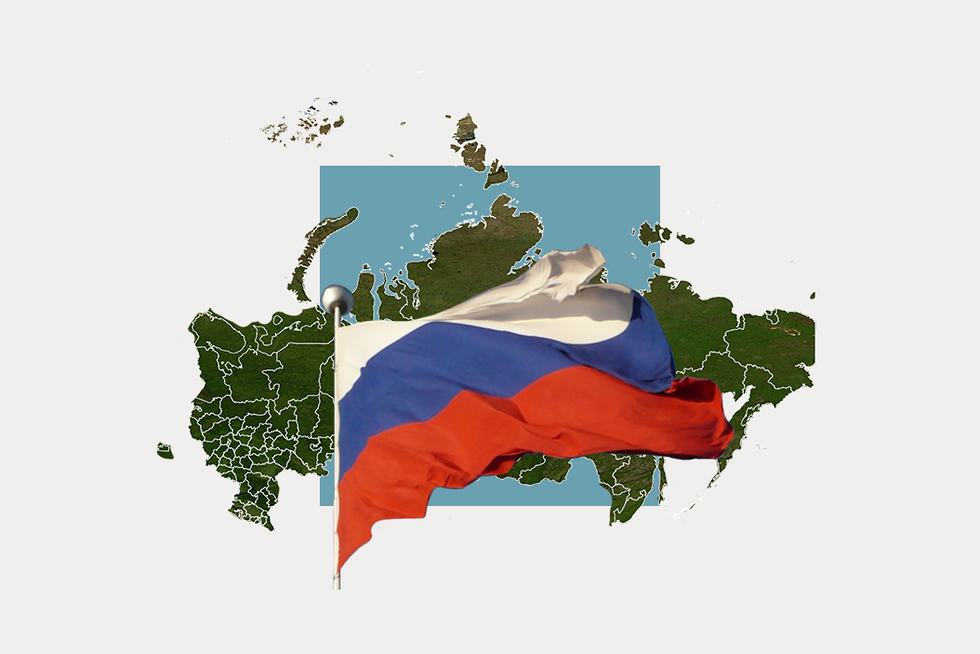 "We have no rosy expectations that any outcome could change the relationship for the better." - Fyodor Lukyanov, Russia in Global Affairs. Read more. 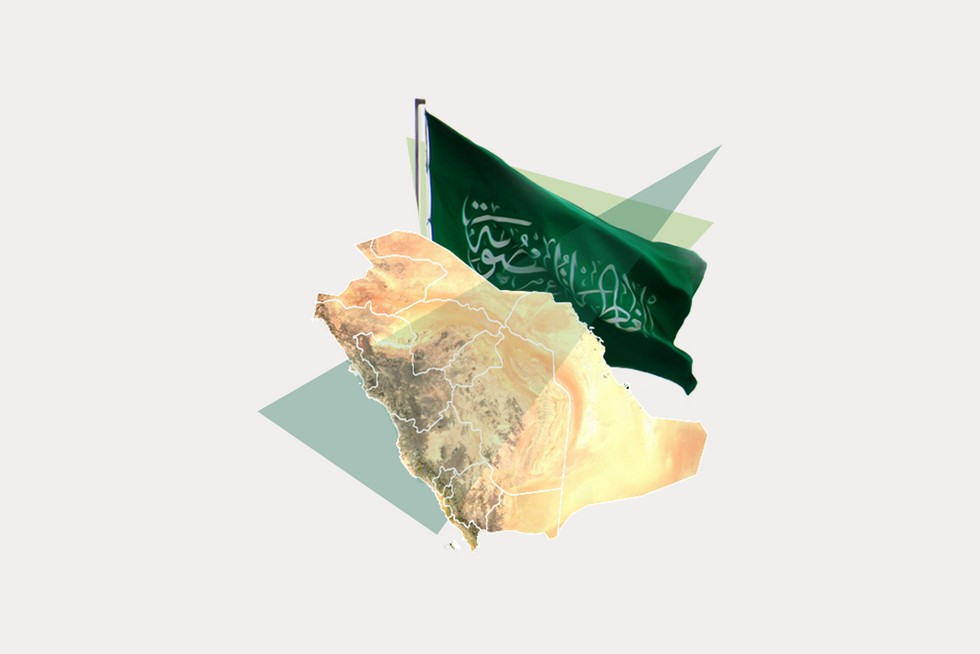 "Concern in the kingdom that a Biden victory could pose some serious challenges." - Ahmed al-Omran, Financial Times. Read more.

"There's an implosion happening in the US. By leaving the stage, the US adds to the anxiety and uncertainty." - Ron Derby, Fin24, a division of News24. Read more. 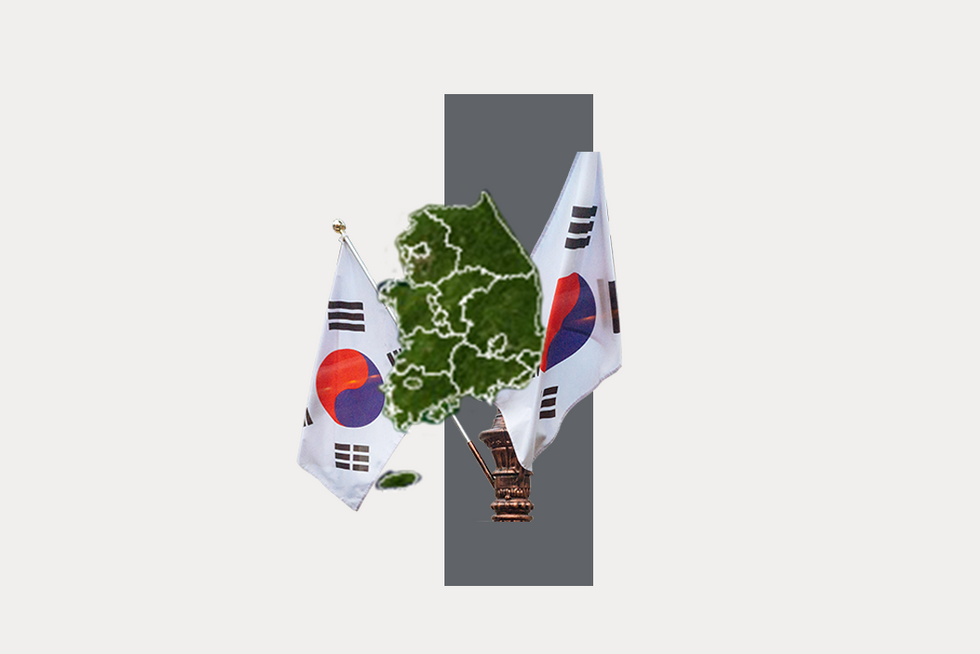 "The US has lost its reputation as a global leader under the Trump administration." - Woo Jung Yeop, Sejong Institute. Read more. 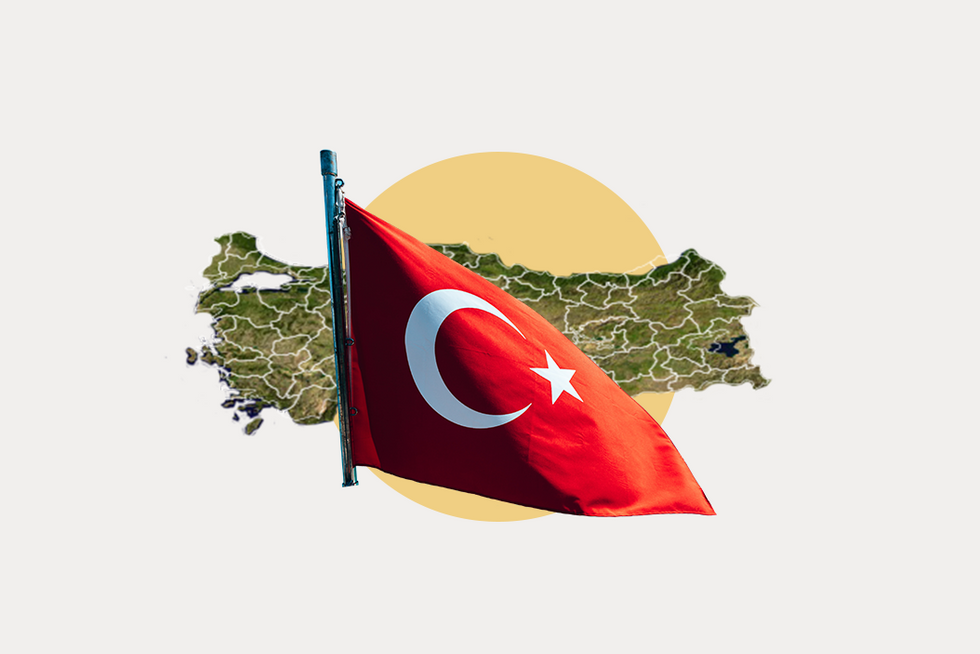 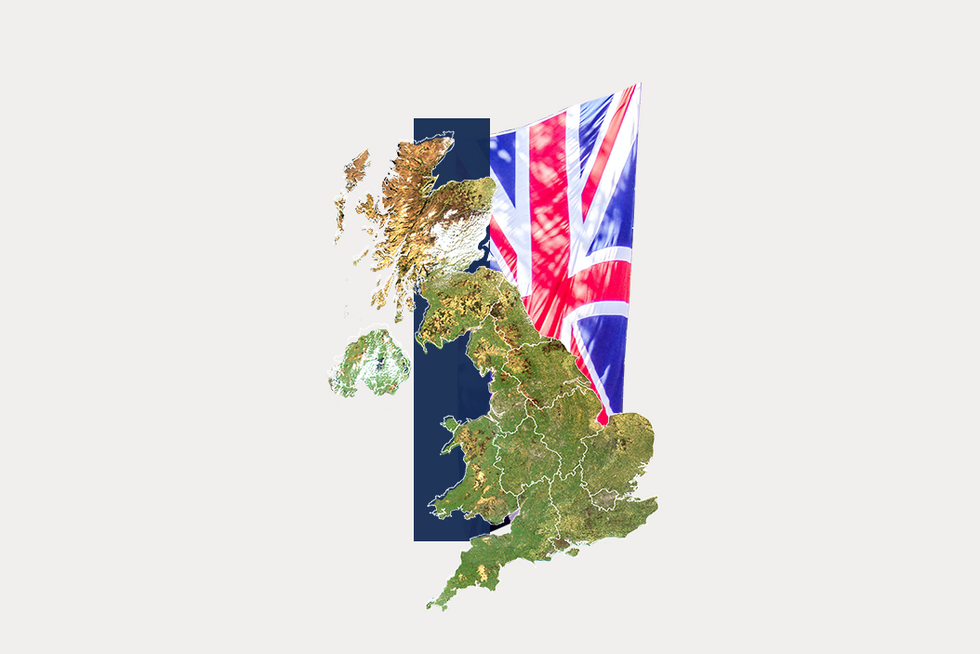 "London is going to have to adjust to being 'piggy in the middle' between Brussels and Washington." - Peter Foster, Financial Times. Read more.

This project was developed and edited by Alex Kliment and written/produced by Gabrielle Debinski, Carlos Santamaria, and Willis Sparks. Art by Annie Gugliotta. Web production by Melianthe Kines.

Tragedy upon tragedy in war-torn Syria

Who will cave on raising US debt ceiling (again?)

The Graphic Truth: The racial breakdown of US arrests