US election seen from Iraq: Caught in the Iran-US crossfire 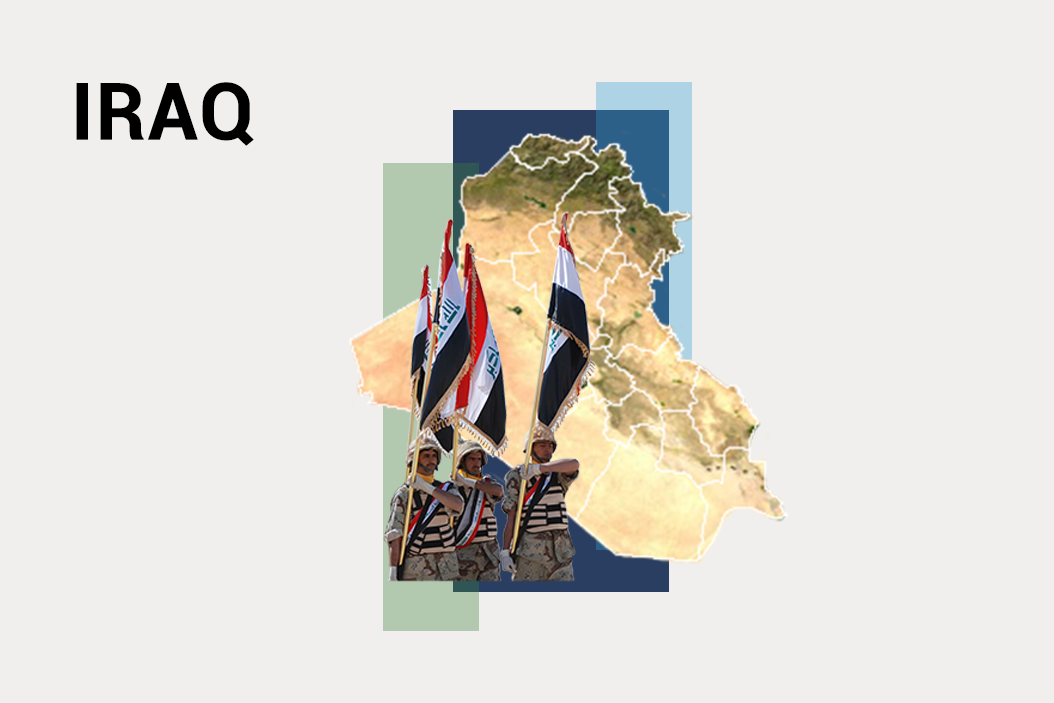 Farhad Alaadin is chairman of the Iraq Advisory Council, an NGO based in Baghdad.

Gabrielle Debinski: To what extent does the outcome of the US election in November matter to the Iraqi people and government?

FA: Clearly, elections in the United States affect almost every country in the world. And this is very much true for Iraq. Iraq enjoys steady relations with the United States, given the events of 2003 onward.

GD: Is there much consensus on what the main differences between Trump's approach to Iraq, and a potential Biden foreign policy towards Iraq would be?

FA: It's really difficult to say. Everyone has their own opinion about who they would like to win and what's the likely outcome.

As far as the Iraqis are concerned, they see President Trump as somebody [for whom] Iraq has not been one of his priorities. It's been in the background of US policy most of the time. And it reached a climax in terms of controversy when the US assassinated Qassim Suleimani in Baghdad in January this year. There are those in Iraq who hold a lot of animosity towards the current administration and they want to see them go. And there are those who might want the current administration to stay.

The same could be said about Joe Biden. He's a familiar face to the Iraqis. He was vice president. He has visited Iraq and met with most of the Iraqi elite ruling party leaders so they have seen him. They have interacted with him.

And plus, they do have one thing which they remind themselves of in Iraq, they call it the "Biden doctrine," which is they have talked about advocating dividing Iraq into three states, although that was never the case formally. But it is something the Iraqis think about.

GD: How concerned are average Iraqis with the outcome of the US election? What are the main issues concerning the Iraqi people right now?

FA: Clearly, they are not following it as if it were their own race. But is something in the back of their mind and that's come up in the news.

But what's in the forefront of Iraqis' minds, really, is their daily problems, the sufferings that they have. The coronavirus pandemic hit the Iraqis very hard. There are millions of people who lost their jobs. There's very little economic development that's taking place.

The effect on oil prices has affected the government's ability to pay salaries and that subsequently affected the Iraqis even harder. So it is COVID and its aftermath which are at the forefront of Iraqis' minds.

GD: Turning back to the US — how much did the outcome of the 2016 election affect the Iraqi people and politics?

In terms of what happened with the US race, the events of January with the assassination of Qassim Suleimani brought Iraq right into the center of the Iran-US conflict. The previous administrations did not strike Iran directly, but this administration did. And consequently, Iran also attacked US forces within Iraq by ballistic missiles.

So what really is what comes to the forefront of Iraqis' mind with the US race is whether US policy towards Iran is concerned, is going to change or not. And how much of that conflict plays out on Iraqi soil is something that the Iraqis are concerned about.

GD: What has been the reaction in your country to the Trump administration's planned withdrawal of US troops from Iraq?

FA: There's been a mixed reaction.

You have sections of Iraqi society who are not for troop withdrawal — or total withdrawal. Especially the Kurds and the Sunnis are against such a thing. They believe the existence of US troops is a vital element to fight ISIS, as well as for protecting Iraq from outside aggression. While certain elements within the Shia community and Shia parties believe it's crucial for US troops to be removed from Iraq.

Wales, early 19th century: During breaks from his law studies, William Robert Grove indulges in his passion for science to become an inventor. On his honeymoon in Europe, he learns about the new energy source everyone's talking about: electricity. After learning that electricity allows water to be broken down into its two components, hydrogen and oxygen, his intuition leads him to an idea that ends up making him a pioneer of sustainable energy production.

Watch the story of William Robert Grove in Eni's MINDS series, where we travel through time seeking scientists.

Listen: The country's top infectious disease expert, Dr. Anthony Fauci, joins Ian Bremmer to talk vaccines, school re-openings, and when—and how—the pandemic could finally come end. He was last on GZERO World just weeks before the pandemic hit in the fall of 2019 and he described at the time what kept him up at night: a "pandemic-like respiratory illness." This time, he talks about how closely that nightmare scenario foreshadowed the COVID-19 pandemic. He also offers some guidance about what public health measures vaccinated Americans should continue to take in the coming months (hint: masks stay on).

Hi, everybody. Ian Bremmer here, and as we head into the weekend, a Quick Take on, well, the first bombing campaign of the new Biden administration. You kind of knew it was going to happen. Against some Iranian-backed militias in Syria, looks like a couple of dozen, perhaps more killed, and some militia-connected military facilities destroyed. I think there are a few ways to look at this, maybe three different lenses.

Afghanistan frustrated nineteenth-century British imperialists for 40 years, and ejected the Soviet army in 1989 after a bloody decade there. And though American and NATO forces ousted the Taliban government in 2001 over its support for al-Qaeda, there's no good reason for confidence that nearly 20 years of occupation have brought lasting results for security and development across the country.

But… could China succeed where other outsiders have failed – and without a costly and risky military presence? Is the promise of lucrative trade and investment enough to ensure a power-sharing deal among Afghanistan's warring factions?

Carl Bildt, former Prime Minister and Foreign Minister of Sweden, shares his perspective from Stockholm on Europe In 60 Seconds:

Is there a military coup ongoing in Armenia?

Well, it isn't a military coup as of yet, but it's not far from it either. This is the turmoil that is resulting from the war with Azerbaijan, which Armenia took a large death loss. What happened was that the head of the armed forces asked for the prime minister to resign. That was not quite a coup, but not very far from it. Now, the prime minister sacked the head of the armed forces, there's considerable uncertainty. Watch the space.

Myanmar military unlikely to back down; challenges for the new US ambassador to the UN

Dr. Fauci on the world's nightmare year and when the COVID-19 pandemic could end

How well is the vaccine drive really going?

Myanmar military unlikely to back down; challenges for the new US ambassador to the UN