Who was General Qassim Suleimani? 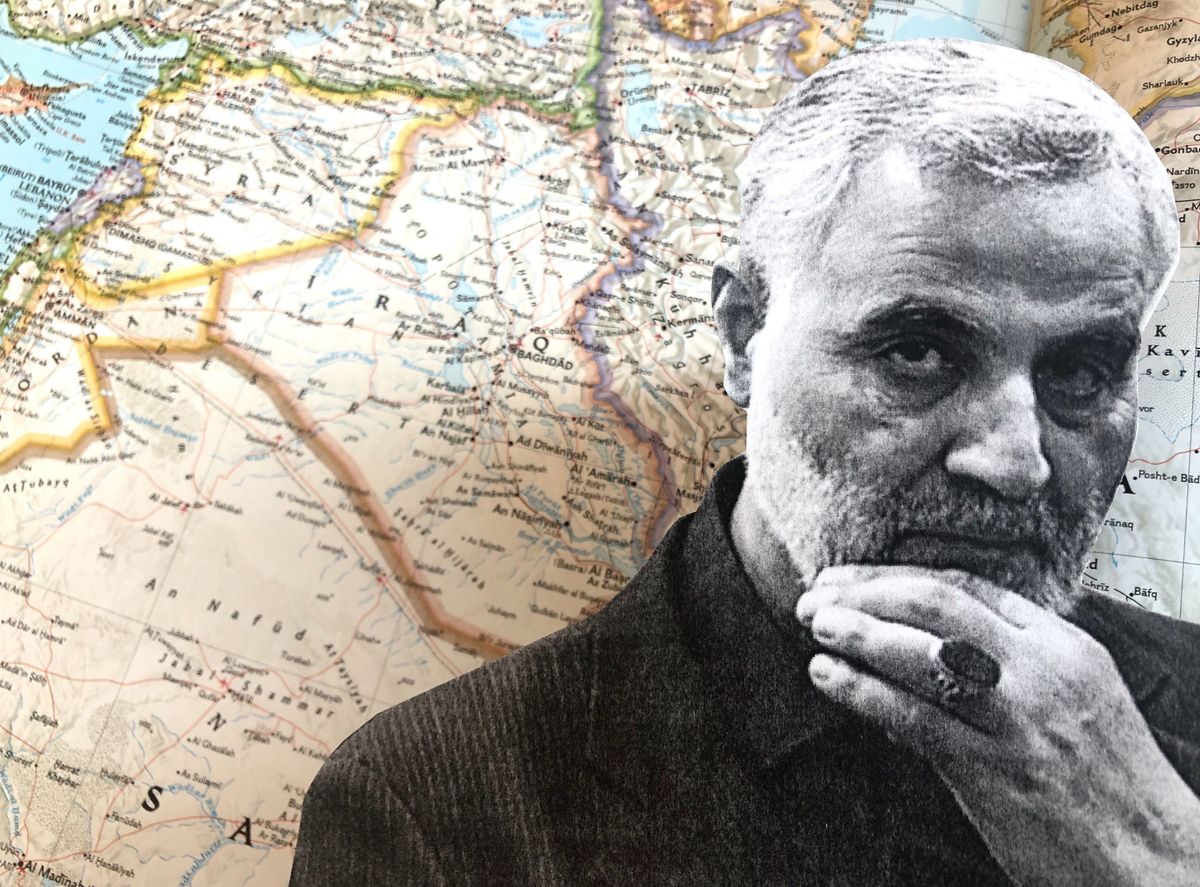 The US has assassinated General Qassim Suleimani, head of Iran's elite, paramilitary Quds Force. Suleimani, the architect of Iran's foreign policy across the Middle East, was one of the most powerful figures in the region.

Here's a primer on who he was.

Who was General Qassim Suleimani? The 62-year-old was a veteran of the Iran-Iraq War of the 1980's. Unlike other Iranian leaders, Suleimani didn't have a religious education and isn't known to have participated in the 1979 Islamic Revolution that installed Iran's current Shiite theocracy. Suleimani started out as a young construction worker and later a water technician, but after showing his knack for military strategy on the battlefront was named head of the Quds Force in 1998, rising through the ranks to become one of the country's most prominent military figures. He was also one of the people closest to Iran's supreme leader, Ayatollah Ali Khamenei.

What is Iran's Quds Force? It's an elite paramilitary and spy unit that operates outside Iran to extend the country's political influence across the Middle East. The Quds Force is the de facto "external affairs" branch of the Islamic Revolutionary Guard Corps (IRGC) – a military force established during the revolution that controls much of Iran's economy and plays a major role overseeing Tehran's foreign policy. In commanding these special forces, Suleimani was the vanguard of Iran's alliance with armed groups in the Middle East, including Hezbollah in Lebanon, Hamas in Gaza and a coalition of militia in Iraq.

What did Suleimani want? His ultimate goal was the creation of a land corridor – from Tehran to Lebanon, and the Mediterranean shores through Iraq and Syria – to facilitate arms transfers to Shiite allies as a bulwark against rival Sunni factions. Destroying its foe, Israel, is also central to achieving this "corridor," also known as the Shiite Crescent.

Under Suleimani's direction, Iran bolstered the militant and political group Hezbollah and other proxies as a means of perpetrating attacks against Israel and US military targets, and has maintained a network of cells across Europe. Through military interventions in places like Syria, Iraq and Yemen, Iran has helped boost Hezbollah's regional power: it now boasts seasoned militia fighters and an arsenal of over 100,000 missiles and rockets.

After shoring up the Assad regime in Syria, Suleimani used Quds Force bases in that war-torn country to crack down on dissent and rebel groups, consolidating Tehran's military footprint in that strategic territory.

In Iraq, the fall of Saddam Hussein in 2003 paved the way for Suleimani to foster ties with both the Shia-led Iraqi government and Iraq's Shia militia groups, previous long-time rivals. While Western governments were slow to respond as ISIS swept through northern Iraq, Suleimani was quick to prop up militias that helped to defeat the terror group and then turned those battlefield victories into political power: a coalition of these groups led by a local warlord controls the second largest bloc in Iraq's parliament.

A popular politician: General Qassim Suleimani was also a central player in Iran's domestic politics, polled last year as the country's most favorable public figure. There were even whispers about him potentially running for president or otherwise acting to hold things together if and when the 80-year old Supreme Leader Ayatollah Khamenei decided to think about succession.

Ethiopian PM cracks down on opposition: Ethiopia's most prominent opposition leader, Jawar Mohammed, was one of 24 political opponents charged with a series of crimes in Ethiopia in recent days, including terrorism-related offenses. The charges relate to civil unrest that erupted this past summer in Addis Ababa, Ethiopia's capital, as well as the Oromia region that left at least 160 people dead. While ethnic tensions have intensified in the country in recent years, violence surged in late June after the killing of Hachalu Hundessa, a popular singer and activist whose songs called for the liberation and empowerment of the Oromo, the country's largest ethnic group. Jawar Mohammed, a former ally of Prime Minister Abiy Ahmed, is a hero to many disaffected Oromo, and his jailing since July has raised concerns about an intensifying crackdown by the government. Critics say that while Abiy, who won a Nobel peace prize for making peace with neighboring Eritrea, has spearheaded ambitious political and economic reforms since coming to power in 2018, he has not done enough to alleviate ethnic violence and tensions in the fractious country.