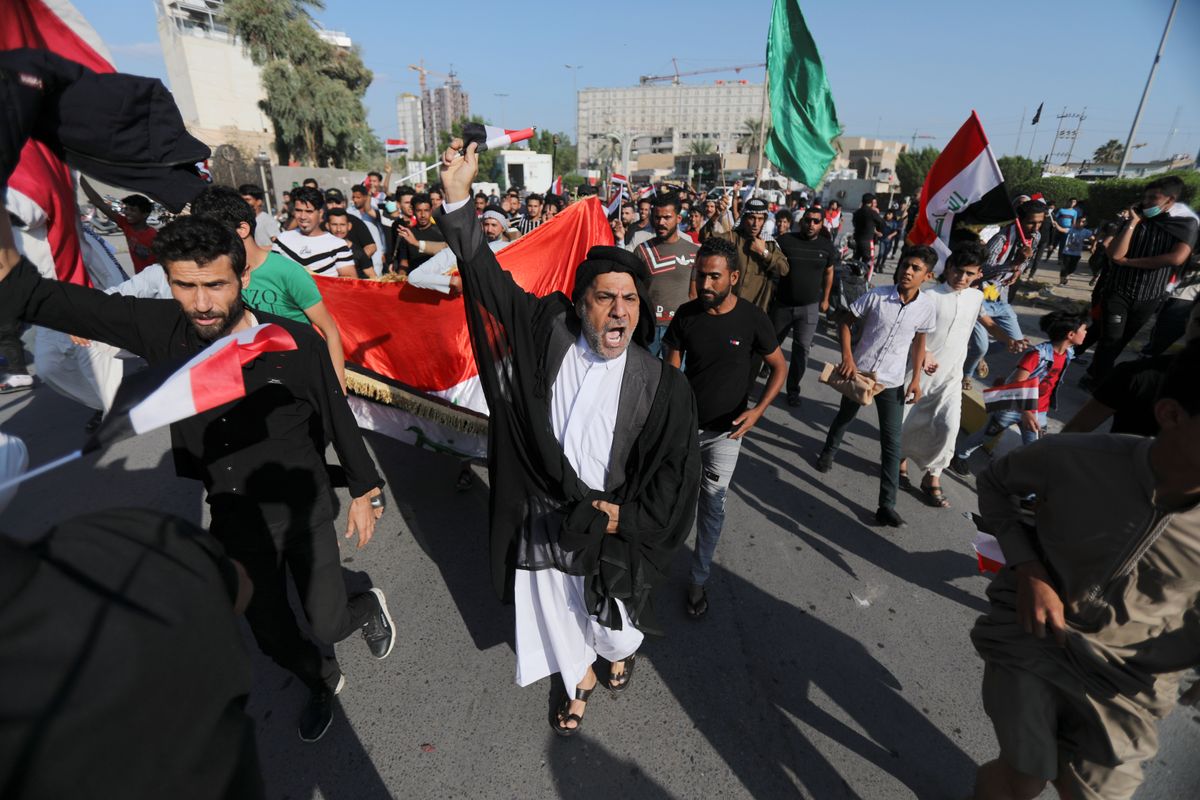 Few people in the world are dealing with quite as big a headache these days as General Qassim Suleimani. The wily general Suleimani is the leader of Iran's elite, paramilitary Quds Force, which is responsible for expanding Tehran's military and political influence across the Middle East.

The past few days have not been going well for him.

Lebanon and Iraq, two key countries in Iran's regional strategy, are currently engulfed in widespread protests demanding the ouster of their governments. And those governments? They were formed, or supported, in part by groups whom Suleimani backs. Years of his work could go up in smoke in the coming weeks.

In Lebanon, the Iran-backed militant and political group Hezbollah and its allies have held the largest bloc in parliament since winning big in elections last year. But that has put the group, arguably Tehran's most powerful proxy in the region, in the political crosshairs as hundreds of thousands of Lebanese are in the streets demanding the replacement of the current government with non-political technocrats.

Hezbollah has refused that demand, claiming without much success that the protests are a Western plot. But now that Prime Minister Saad Hariri has defied the group and resigned, the group is in a tight spot: green lighting a technocrat government would kneecap the group's own power, (and Iran's). But merely reshuffling the status quo risks a broader confrontation with the streets.

In Iraq, the chaos following the US invasion in 2003 opened the way for Iran to expand influence within the borders of its long-time rival. In recent years, Tehran-backed militias helped to defeat ISIS and then turned those battlefield bonafides into political power: a coalition of these groups led by a local warlord controls the second largest bloc in parliament.

Maintaining a strong hand in Iraq is so crucial for Iran that when massive protests over unemployment and corruption began a month ago, General Suleimani immediately flew to Baghdad to help coordinate a forceful response. Part of that involved Iran-backed gunmen shooting at protestors. As recently as Wednesday, after protests raged again, Suleimani was said to be back in the Iraqi capital trying to shore up the current government. By yesterday the Prime Minister had provisionally resigned, opening up fresh uncertainty in the country.

Bottom line: Iran has craftily cultivated influence in two of the region's key, democratically-elected governments. The flip side of that clout is responsibility. These governments' incompetence and corruption have not only jeopardized their own survival, they've potentially dealt a blow to Iran's broader regional aims as well. General Suleimani is a skilled and powerful operator: keep an eye on what he does next.