War of Fortune: 18 Years and Counting 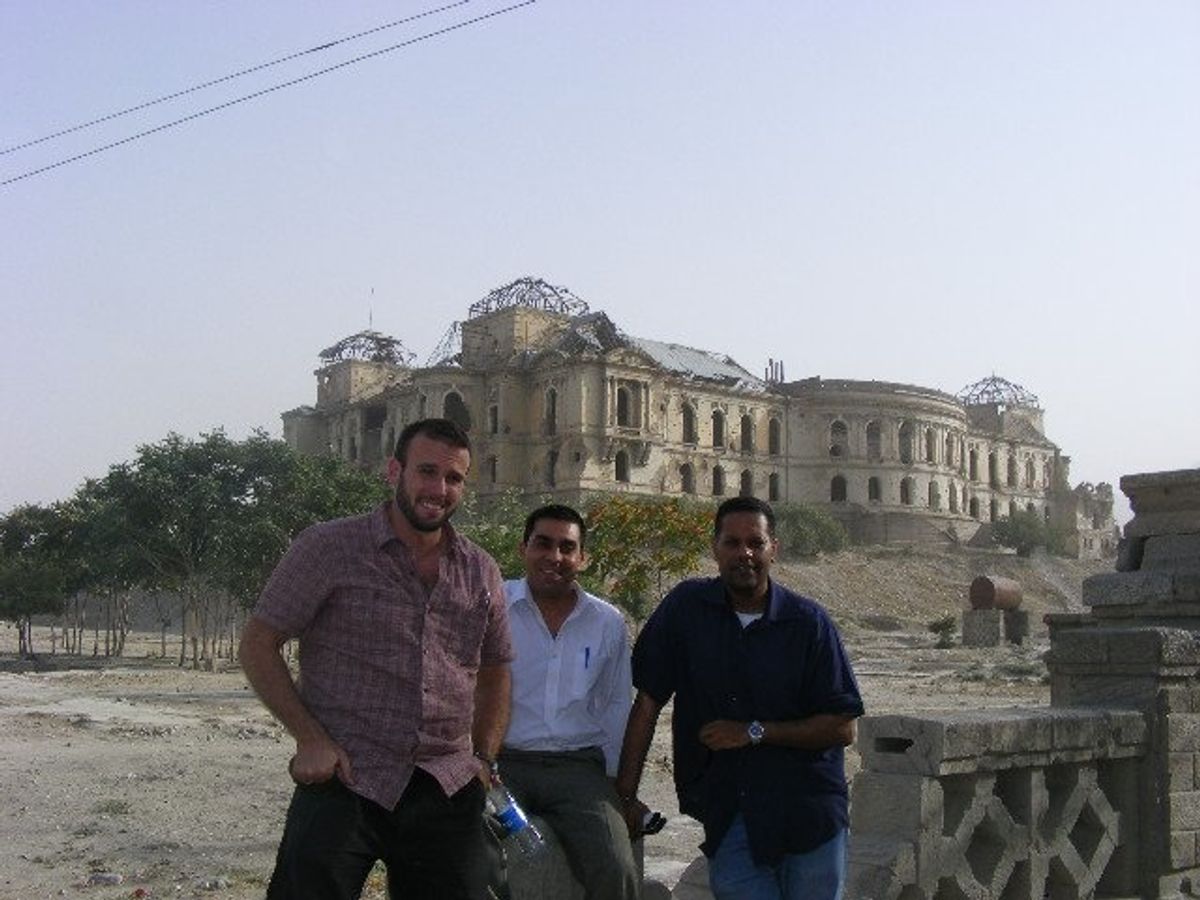 The tattoos were a tell-tale sign. So were the black t-shirts, baseball caps, Oakley shades and bird-nest beards. But it was those dark jags of ink splayed over tanned forearms that really screamed soldiers of fortune. This group of hired guns had strapped in beside me aboard a Lockheed C-130 transport plane, en route to southern Afghanistan's restive Helmand province. The men were mostly silent as the plane took off, with occasional head bobs to adjust the keffiyehs neatly tucked under their chins. On their laps rested German-engineered MP-5 long guns. On mine, a grey notebook and a small camera.

It was the summer of 2011, one of the deadliest years for Americans in a long war brought on the attacks nearly 7,000 miles away in Manhattan, Washington DC, and Shanksville, Pennsylvania. After nearly a decade of fighting, the Taliban was steadily gaining ground. More than 400 coalition soldiers had already died in a rash of ambush assaults and roadside bombs. And so we had all chosen to fly rather than drive to our destination: Camp Leatherneck, then the largest US Marine Corps base in the world.

At Leatherneck, I ate with newly deployed Marines, slept in their tents, and traveled out to their forward operating bases. "Where were you on September 11th?" I'd ask, the 10-year anniversary of that day approaching. "I was 10-years-old," said a young Marylander, who declined to give his name on account of what seemed a natural skittishness. "I was in the 5th grade… it was first period."

Shy, almost innocent-looking, he was nothing like the motley crew I had flown in with. There was a nervousness that enveloped him, as well as the others his age. No tattoos. No bravado. And no real conception of the world into which he had stepped.

Though the violence in Afghanistan had gotten worse, many of us back in the States seemed to think the war was winding down, particularly after US forces killed Osama Bin Laden in the spring of 2011, and President Obama announced a major drawdown of troops a month later. CNN, my employer, no longer kept a full-time bureau operating in country. Coverage was coordinated from across the border, in Islamabad, Pakistan's capital. Afghanistan already seemed to have become America's latest forgotten war.

For several months, I reported on the NATO drawdown and hand-over of power to local forces, who were clearly incapable of maintaining control by themselves. A hydra of insurgent groups, from the Afghan Taliban to the Haqqani network and other local warlords, had emerged from the shadows to fill the void. Meanwhile, though the Americans said they planned to leave, tens of billions of US dollars were still flowing into the country, often with little oversight.

That was eight years ago. American troops are still in Afghanistan. Kids born after 9/11 are fighting there now. The US-backed government barely holds half the country, and the Taliban controls more territory than at any point since 2001. Peace talks between the US and the Taliban that were meant to have a dramatic conclusion this week have fallen apart, throwing the future of Afghanistan into a fresh, if familiar, uncertainty.

As we mark the 18th anniversary of the attacks that led to the US invasion in the first place, I think about those young US Marines I met back at Leatherneck, across from those dusty barracks in Helmand province. Did they survive? Roughly 2,400 Americans didn't. Did they return home? Or are they plying the lucrative, dangerous trade of private security contractors over there? By now they could well be battle-hardened fighters themselves, in black t-shirts, keffiyehs, arms all inked up too.

I had met them while covering the supposed end of a war that still has not ended.
Microsoft