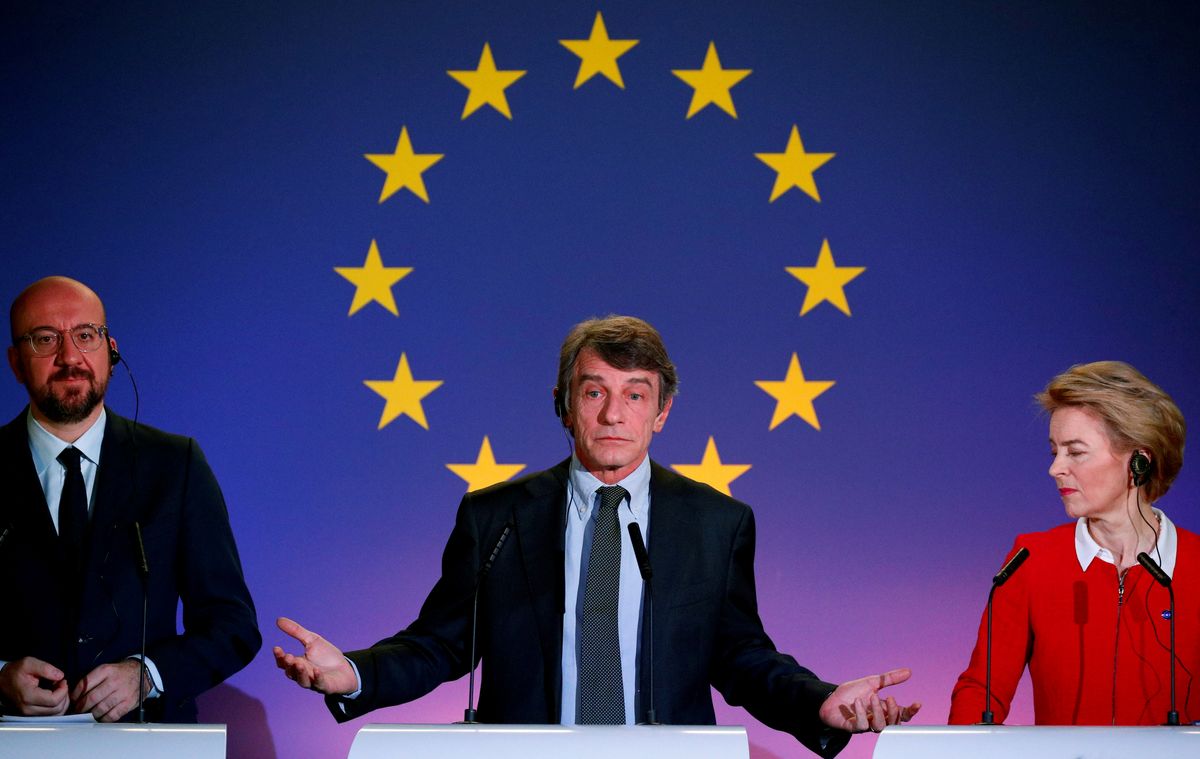 The EU's new accession rules – After months of EU infighting over the status of two western Balkan countries that want to join the bloc, the EU has streamlined the accession process. France, the Netherlands and Denmark have blocked the start of EU accession talks for Albania and North Macedonia, arguing that their political systems require reform. Germany, by contrast, insists that it's in the bloc's strategic interest to welcome in these western Balkan states. Now there's a compromise on the table. The new proposal gives all EU member states a role in vetting applicants and permits the EU to cut off negotiations if they slack on reforms. We're watching to see whether all 27 member states agree to this new way of doing things, but all eyes are really on French President Emmanuel Macron in particular. Et vous Monsieur President?

A Nigerian welcome – Nigeria, Africa's largest economy, is opening its doors to its neighbors. President Muhammadu Buhari this week unveiled a new immigration policy that grants visas on arrival to citizens of any of the 55 African Union member states. The measures, which aim to attract more innovation and talent into Nigeria, come amid broader economic integration efforts on the continent. On July 1, the new 54-country $3 trillion African Continental Free Trade Area will enter into force, though only about half of its signatories have ratified the agreement so far. Later this year the African Union is supposed to issue its own continental passports that will enable visa-free travel between all member-states.

Paths of Glory – Hollywood legend Kirk Douglas passed away this week at the age of 103 after jutting his jaw and gritting his teeth through more than 90 movies. Sure, he was Spartacus and (a peculiarly American) Vincent Van Gogh. But to see his true greatness, we'll be rewatching that other Stanley Kubrick-directed film, Paths of Glory.

Russian TV's crowning conspiracy theory – Donald Trump used to give out crowns at his beauty pageants, right? Ok, and the word corona, as in "coronavirus," derives from the Latin word for "crown," correct? Need we say more? Russia's widely-watched, state controlled Channel One news says this coincidence makes it "absolutely clear" that the US developed the coronavirus in order to take down China. Granted, the virus is probably hurting China's economy more than Trump's scattershot trade war ever did, but this etymology-as-epidemiology sleuthing is contagiously stupid even by Russian state TV standards.