What We’re Watching: Europe vs Iran 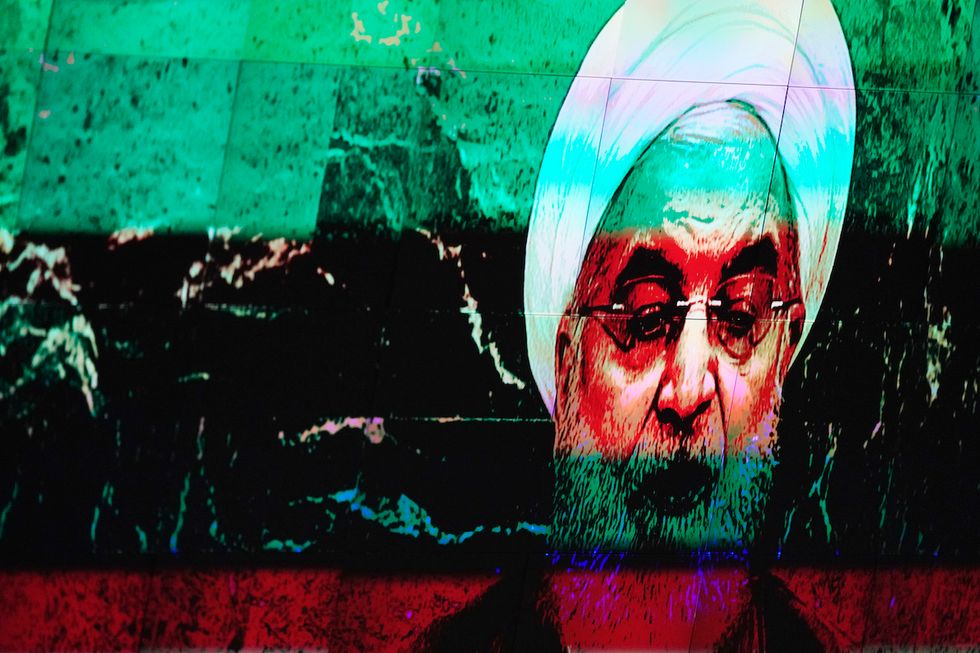 Another escalation between the West and Iran – On Tuesday, France, Germany, and the UK formally opened the process, provided for in the 2015 Iran nuclear deal, that could re-impose UN sanctions on the Islamic Republic. The deal to freeze Iran's nuclear program has been on life support since the US withdrew from it in May 2018 and slapped unilateral sanctions on Tehran. The Europeans had been working to keep the deal alive, even as Iran expanded its uranium enrichment activities in response to mounting financial pressure from Washington. But after the US drone attack that killed Iranian Quds Force leader Qassim Suleimani last week, Tehran said it would no longer observe any limits to its nuclear program. Now the Europeans are saying that, though they regret the US withdrawal from the deal, they also can no longer ignore Iran's non-compliance. France, Germany, and the UK can extend this process indefinitely to prevent UN sanctions from coming into force. So, the main impact of the move, for now, will be to pressure Iran to come back to the negotiating table. We're watching for Tehran's next move.

France's Sahel summit – At a summit held Monday with West and Central African leaders, France's President Emmanuel Macron pledged to boost the French military presence in the Sahel region, adding an additional 220 troops to the 4,500 already there. The French military presence in the Sahel, a vast semi-arid area stretching across the southern edge of the Sahara Desert, began in 2013 in response to a surge of attacks in Mali by Islamist groups that has since spilled over into the Sahel. However, local African leaders have also had to grapple with the disapproval of communities unhappy with the presence of the former colonial power. Protestors – many inspired by Islamist clerics – have been demonstrating against the French military presence, prompting threats from Macron of a French troop withdrawal. As the recruiting power of local and foreign jihadist groups continues to grow, the threats to the region's people, and beyond, are quickly rising. (See our explainer here on how terrorism came to ravage the Sahel region).

Health challenges of the next decade – The World Health Organization (WHO) – the United Nations' top public health body – has released a list of the most pressing global health challenges that will shape the coming decade. Chief among them, according to WHO, is the climate crisis: "Air pollution kills an estimated 7 million people every year, while climate change causes more extreme weather events, exacerbates malnutrition and fuels the spread of infectious diseases such as malaria." Delivering healthcare in conflict zones and investing in healthcare workers and resources are also listed as health challenges worthy of greater public attention. Responding to the surging death toll from a measles outbreak in the Democratic Republic of the Congo, WHO recently issued a stern statement that said lack of funding is "a huge impediment" to disease containment; it asked countries around the world to fork out a collective $40 million over six months to implement elements of the outbreak response.

Birthday greetings from President Trump – North Korea confirmed over the weekend that its leader, Kim Jong-un, had received a letter from President Trump wishing him a happy birthday. But it promptly shot down any hopes that the friendly gesture and Chairman Kim's "good personal feelings" about the US leader would help jumpstart stalled nuclear talks between the two countries. We're also ignoring Trump's birthday greetings, because we're pretty sure that when it comes to the 37-year-old Korean dictator's feelings about holding onto his nukes, the recent US assassination of Iran's second-most powerful man sent a much stronger message.

A Myanmar engineer striving to do “the right thing”

Khant Thaw Htoo is a young engineer who works in Eni's Sakura Tower office in the heart of Yangon. As an HSE engineer, he monitors the safety and environmental impact of onshore and offshore operations. He also looks out for his parents' well-being, in keeping with Myanmar's traditions.

Learn more about Khant in the final episode of the Faces of Eni series, which focuses on Eni's employees around the world.

Over the weekend, some 40,000 people in Moscow and thousands more across Russia braved subzero temperatures to turn out in the streets in support of imprisoned Kremlin critic Alexei Navalny. More than 3,000 protesters were arrested, and Navalny called on his followers to prepare for more action in the coming weeks.

But just who is Alexei Navalny, and how significant is the threat that he may pose to Vladimir Putin's stranglehold on power in Russia?

Angry farmers take Indian fort: In a major and violent escalation of ongoing protests over new agriculture laws, thousands of Indian farmers broke through police barricades and stormed the historic Red Fort in New Delhi on Tuesday. At least one protester died in the chaos, while the government shut down internet service in parts of the capital. Farmers and the government are still deadlocked over the new laws, which liberalize agriculture markets in ways that farmers fear will undercut their livelihoods. The government has offered to suspend implementation for 18 months, but the farmers unions are pushing for a complete repeal. Given that some 60 percent of India's population works in agriculture, the standoff has become a major political test for the government of Prime Minister Narendra Modi's ruling BJP party.

9.2 trillion: COVID vaccine hoarding by rich countries and uneven global access to the jabs will draw out the global recovery from the pandemic. In fact, it'll cost the world economy as much as $9.2 trillion, according to a new study by the International Chamber of Commerce.

The United States has never been more divided, and it's safe to say that social media's role in our national discourse is a big part of the problem. But renowned tech journalist Kara Swisher doesn't see any easy fix. "I don't know how you fix the architecture of a building that is just purposely dangerous for everybody." Swisher joins Ian Bremmer to talk about how some of the richest companies on Earth, whose business models benefit from discord and division, can be compelled to see their better angels. Their conversation was part of the latest episode of GZERO World.

Japan’s role in the global response to COVID-19