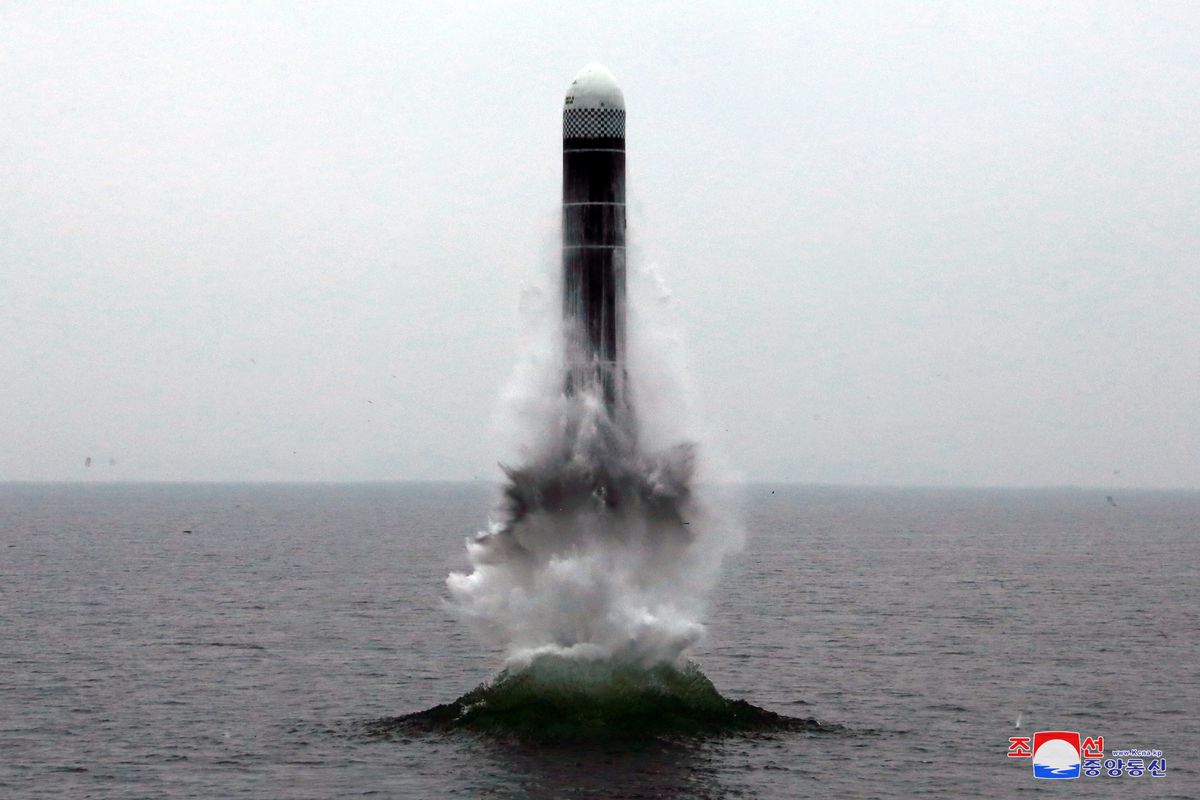 North Korea's Dangerous New Weapon – North Korea and the United States have announced that a new round of nuclear talks will begin in coming days. The DPRK marked the occasion on Wednesday by test-firing a new type of ballistic missile, one able to carry a nuclear weapon, from a platform at sea. This was more than just North Korea's 11th weapons test this year alone. This missile can be launched from a submarine, a development that changes the game on calculations of which countries are in range of North Korean missiles. The talks, still expected to take place soon, should be interesting.

Iraq Protests – Baghdad and other major cities are under curfew after days of increasingly violent clashes between police and protesters demanding the resignation of Prime Minister Adel Abdul Mahdi. So far, 18 people have been killed, and hundreds injured. Demonstrations are common in Iraq. But these protests, which began over a lack of jobs, are the largest in years and seem uncharacteristically spontaneous. (There's no party boss whipping them up.) After years of war, occupation, and a brutal fight with ISIS, Iraq's economy continues to struggle. The need to balance relations with the US and neighboring Iran doesn't make life easier. Abdul Mahdi's government is barely a year old. As public anger rises, how much longer can he last? And if he falls, who – inside the country or beyond – will be jockeying for power?

Justice Delayed in Kashmir – Since Indian troops moved into Indian-administered Jammu and Kashmir on August 4, and India's government stripped the territory of its partial autonomy, an uneasy calm has taken hold. The internet remains down. Mobile phone connections are still suspended. Many schools and businesses remain closed. The streets are quiet. But frustration is growing for many residents. Thousands of locals have been arrested, but there are reportedly only two judges assigned to manage the petitions filed to advance their cases. It remains unclear whether justice delayed will become justice denied.

Hong Kong Mask Ban – Hong Kong has now seen large—sometimes violent—pro-democracy protests for 16 weeks. In response, the territory's embattled government is reportedly set to announce a ban on wearing masks in public places, an ordinance that hasn't been used in more than half a century. There are four good reasons to ignore the possibility that protesters will voluntarily shed masks. One, many don't believe the local government has any democratic legitimacy. Two, they're not big fans of colonial-era laws. Three, they don't want Chinese officials to identify them. Many of those now wearing the masks are already violating the law as part of their protest.