China in the (South Asian) ‘hood

As China faces pressure and criticism from the West for not changing its “neutral” stance despite Vladimir Putin’s actions in Ukraine, Beijing is trying to create space for itself by shoring up old allies and mending fences in its rough neighborhood.

So while US President Joe Biden was doing the rounds in Europe to rally NATO last week, China’s Foreign Minister Wang Yi was on a whirlwind tour of South Asia, making moves that signal how China wants to operate in its own unstable region — even extending an olive branch to its rival, India.

Wang’s itinerary says it all. In Islamabad, he attended the summit of the Organization of Islamic Cooperation hosted by longtime China pal Pakistan, marking the first time China was invited as a guest of the 57-member bloc (Chinese state media heralded the invitation to mean the Islamic world was giving a “clean bill of health for China’s treatment of [Uighur] Muslims” at home). Then, Wang made a surprise visit to Afghanistan, where he met leaders of the new Taliban regime.

Finally, Beijing’s top diplomat landed in New Delhi for his first trip to India since Chinese and Indian troops faced off in a deadly Himalayan skirmish in 2020 (the Indians made it clear that the visit was initiated by China). After attempting to thaw ties with India, he topped off the tour by dropping by Nepal, where China is competing for influence with the US.

Ties with India are chilly. China’s $65 billion economic corridor in Pakistan is stalled. Afghanistan still poses a threat. Nepal may be slipping away, and perpetually broke Sri Lanka is looking to Beijing for a bailout. 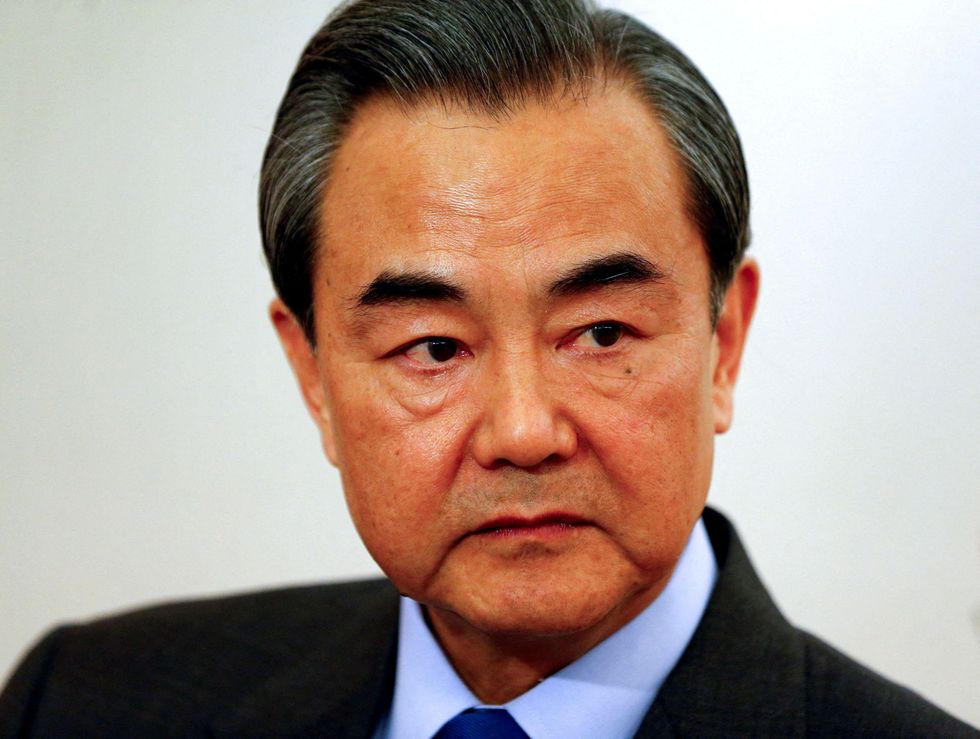 “[Wang’s] visit to Pakistan came as Islamabad is in the throes of yet another political crisis,” Lalwani explains. “His surprise visit to their mutual Taliban partners in Afghanistan allowed him to see firsthand the economic and governance disaster they have become and the security liability they are creating for Beijing.”

Tanvi Madan, head of the India Project at Brookings and author of Fateful Triangle: How China Shaped US-India Relations during the Cold War, sees Wang’s trip within the context of China’s double-trouble moment, globally and locally.

First up is China’s position with regard to the Russia-Ulkraine war, “where it is feeling pressure from several sides about how closely it is backing or seems to be backing Russia,” Madan says. The second aspect, meanwhile, involves China hitting “headwinds for its interests in South Asia as a whole.”

China and India find themselves on the rare same page on Russia. Both New Delhi and Beijing have refused to condemn Moscow, and they continue to deal with Russia despite sanctions. But that’s where the similarities end.

Since their 2020 military clash, Delhi has been tightening the screws on Chinese companies, banning certain imports and apps. But now, China wants to continue cooperating while setting the border tensions aside.

Beijing has tried to spin Wang’s trip to Delhi as a fence-mending mission. The Foreign Ministry’s handout says “China does not pursue the so-called ‘unipolar Asia’ and respects India’s traditional role in the region,” adding that “if China and India spoke with one voice, the whole world will listen.”

However, wooing India while trying to flex muscle in South Asia isn’t going to be an easy courtship for Beijing. Not in the mood for being a cheap date, New Delhi has indicated that things aren’t going to go back to business as usual unless the border tensions are resolved and China disengages militarily. And as for Wang’s wish that the two countries speak with “one voice,” India’s foreign minister clarified that India had its own points of view about the international order.

Those points of view may converge with China’s on issues like Ukraine (both sides have demanded a cease-fire), but not on other security and trade issues, such as Kashmir, China’s Belt and Road Initiative, or the Quad.

As its South Asian interests and influence grow, China might think of itself as a major player — but India begs to differ. This isn’t China’s ‘hood. Not yet.

“They’re overlapping peripheries. China might consider [South Asia] its ‘hood,” says Madan. “But India has considered South Asia its ‘hood for a lot longer than Beijing has.”