China: Reforms Is So Forty Years Ago 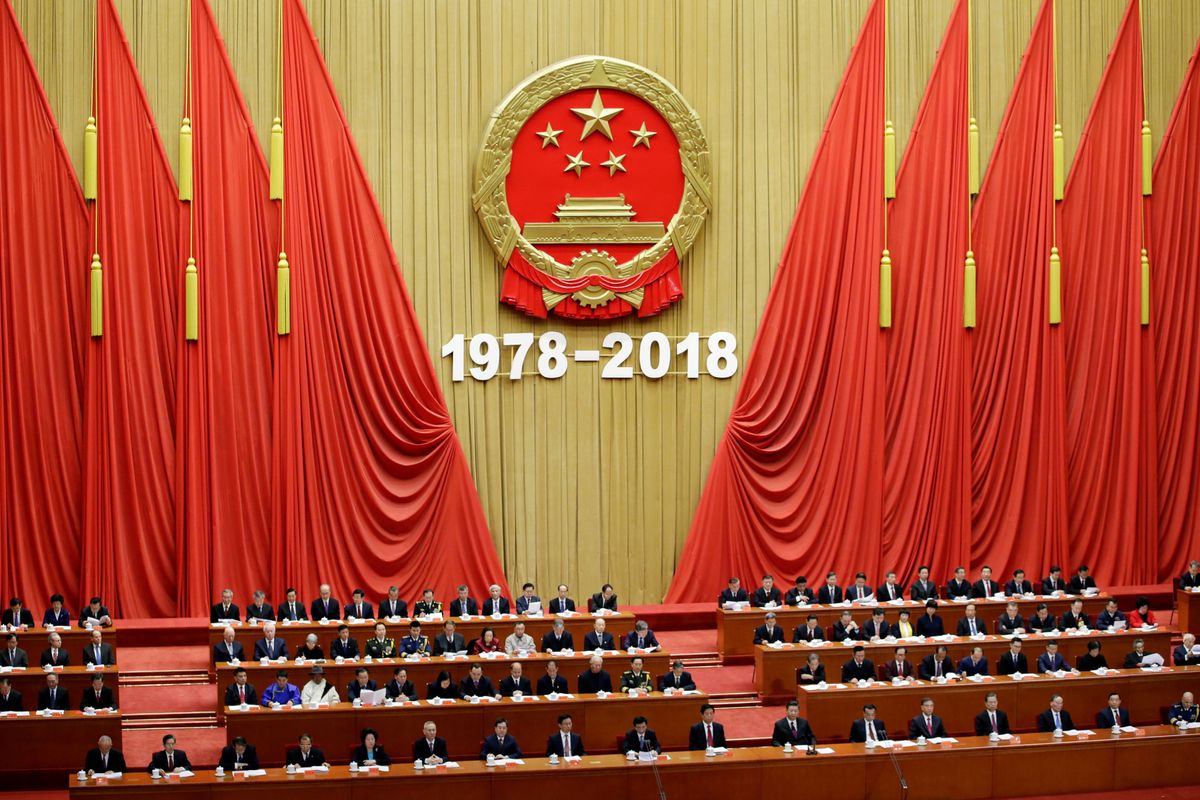 Just hours ago, Chinese President Xi Jinping delivered a speech to commemorate an economic experiment that spurred one of the most staggering stories of economic growth in human history – here's Gabe with the rundown.

On December 18, 1978, Chinese leader Deng Xiaoping announced an ambitious plan to "reform" and "open up" the Communist country's tightly regulated state-run economy. In the decades since, hundreds of millions of Chinese were lifted out of poverty and the country's share of the global economy rocketed from 3 percent to 19 percent. Deng's bold changes transformed a poor agrarian country into an economic superpower.

But if observers expected Mr. Xi to use the occasion to announce a fresh wave of reforms to liberalize China's flagging economy, they were disappointed. President Xi's message was at once steadfast and defiant. Amid a growing trade spat with the United States, Mr. Xi warned that Beijing would not "be dictated to" by outside powers. Despite a vague pledge to "reform what can be reformed," he also was ominously clear that there are some things "that cannot and should not be reformed."

Where Deng was a reformer, Xi is a different kind of leader entirely. Since taking power in 2012, Mr. Xi has concentrated more power in his hands than any leader since Mao Zedong, the founder of Communist China. He has used that power to strengthen the role of the state in China's economy and society at home while asserting China's role internationally. Where Deng's worldview was framed by his adage to "hide your strength, bide your time," Mr Xi has pledged to put China at the "center of the world stage."

And why not, Mr. Xi might well ask. China's miracle of economic growth without political liberalization (or upheaval) compares favorably with the political challenges roiling Western democracies these days. Why shouldn't China harness the full power of the state to become a superpower in technology, AI, and other advanced technologies? From Beijing's perspective, grievances from the US and Europe about China's trade policies and technology ambitions just look like efforts to prevent China from taking its rightful place in the world order.

The trouble for Mr. Xi is that the domestic political environment is getting more difficult for him, rather than less. The economy is sagging, tensions over trade and technology with the US and other countries are intensifying, and the expectations of the world's largest middle class (which Deng's reforms largely created) are growing. By concentrating so much power in his own hands, Mr. Xi risks making himself solely responsible for the outcome, good or bad.

Forty years ago, faced with an impoverished and isolated China, Deng took a huge gamble on reform and experimentation. Today, at the helm of a powerful and globally active China, Mr. Xi is defiantly doubling down on a more conservative and assertive vision – will it turn out as well?