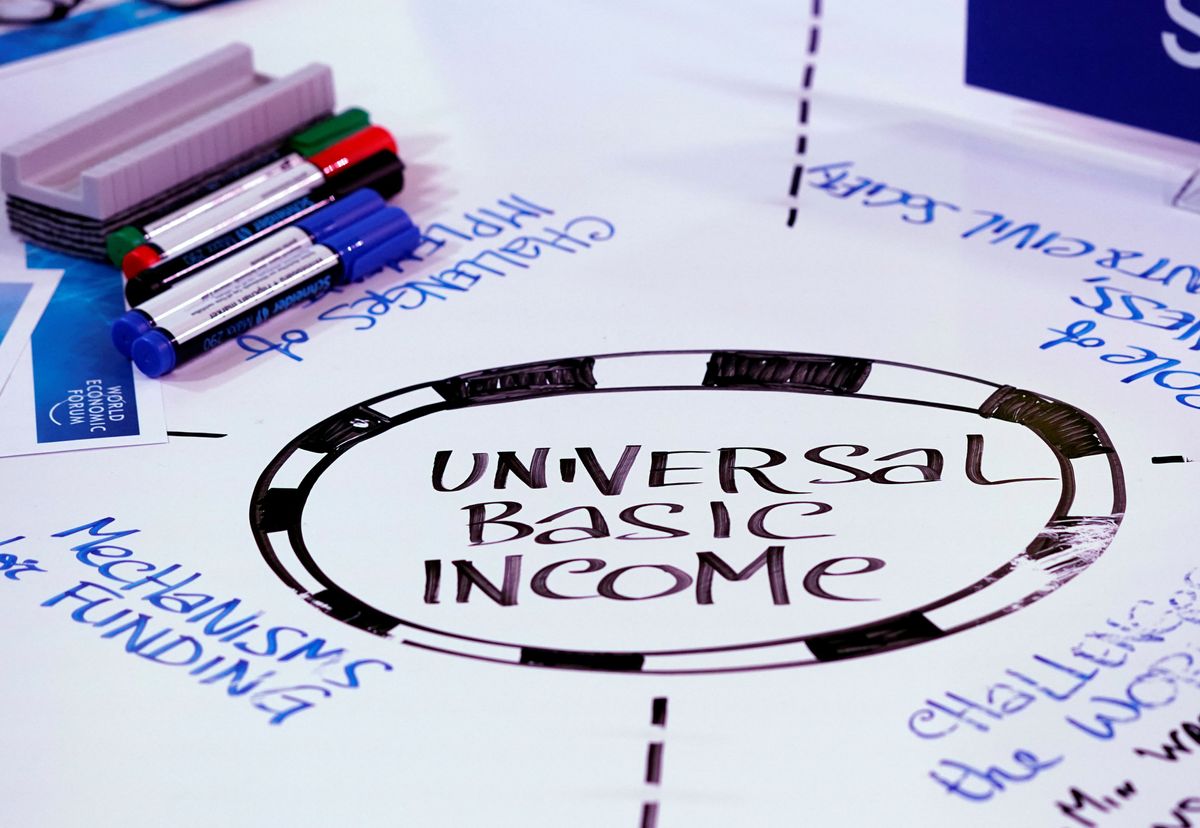 Have you heard? The Republican president of the United States proposed a plan for "partial basic income" and his plan passed the House of Representatives. In 1969.

President's Nixon's plan, which he called "the most significant piece of social legislation in our nation's history," died in the Senate and never became law. It hasn't really made a comeback in the US. But the idea of "guaranteed basic income" is already back in the news in Europe, because income inequality — exacerbated by COVID-19 — will become increasingly hard for the world's political leaders to ignore.

What's the idea? Governments could provide all (or just the neediest) citizens with a small amount of guaranteed regular income. Enough cash to survive. The "guarantee" is that checks keep coming even if the recipient has or takes a job. It's an attempt to strengthen the social safety net at a time when widening income inequality, the current deep economic dive, and sweeping technological change in the workplace, are fueling public misery and anger in dozens of countries.

Many governments have looked at this idea. Spain's left-wing coalition government has just introduced a basic monthly income for families pushed into hardship by coronavirus. In addition, Finland gave 2,000 unemployed people $600 per month in 2017 and 2018. The plan was halted because it didn't prove cost-effective. A new study finds that the experiment boosted the well-being of those who received the money, but it did little to boost the economy.

Denmark, Ireland, the UK, and Sweden are now working on short-term versions of the idea. Local governments in Canada, the Netherlands, Scotland, and the US have tinkered with longer-term plans. The so-called Permanent Fund Dividend in the US state of Alaska offers a modest form of basic income. Kenya is conducting a 12-year study on the subject.

Arguments for: Unemployed people sometimes refuse work because it makes no sense to surrender benefits to take a job that pays less. With a small guaranteed subsistence-level income, they can take work and get ahead, say supporters of the idea. The idea could prove less expensive than current systems of unemployment benefits, advocates claim, because those who take work will begin paying taxes. And schemes that give money to everyone, regardless of need, eliminate the expensive bureaucracy needed to track benefit eligibility, saving the government money. They also help the workers most vulnerable to automation of the workforce get the training they need to make the leap to new forms of work.

Arguments against: Give people money for doing nothing, and they'll continue to do nothing, say the idea's detractors. They'll become wards of the state instead of productive citizens. It's the welfare state gone insane. And the idea will be absurdly expensive at a time when debt burdens are already eating away at many of the world's governments. Another entitlement program is not the answer.

Bottom line: None of the various experiments with basic income has proven that it can accomplish what its advocates claim. But we do know that wealth inequality was fueling public fury in many countries even before COVID-19 sent the entire global economy into a tailspin.

The problem is real. Until a credible alternative emerges, experiments with basic income will continue in different forms in different places.