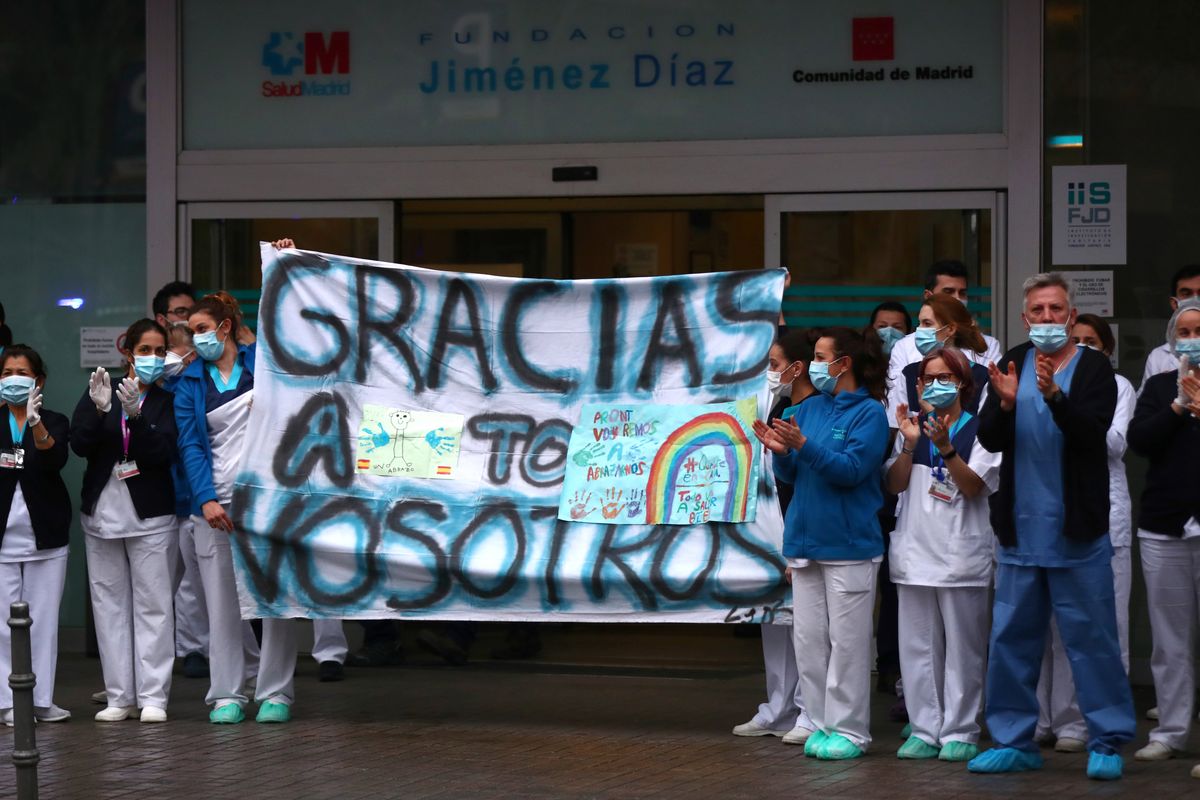 40,000: As a months-long lockdown on the Chinese city of Wuhan – ground zero of the coronavirus pandemic – is slowly being lifted, skeptics are throwing shade on the official government narrative, which puts Wuhan's death toll at just 2,500. As funeral homes release cremated ashes to family members of those who succumbed to the disease, residents say there have likely been over 40,000 deaths in Wuhan from COVID-19.

12,300: About 12,300 Spanish healthcare workers have contracted COVID-19 as they grapple with one of the biggest outbreaks in the world. Medical professionals now account for-some 14 percent of all cases reported in the country. It's harder to fight a disease when the people fighting the disease are laid low by the disease.

1,000: Kurdish forces said some 1,000 ISIS fighters were still rampaging through a prison facility in northeastern Syria, after staging an uprising. The prison in the Syrian city of Hasaka houses around 5,000 former ISIS members detained after the self-declared Islamic State was mostly overrun last year.

0: Out of dozens of prominent economists surveyed in a new University of Chicago study, precisely zero of them supported the idea that leaving severe lockdowns in place is worse for the economy than releasing them, for as long as the risk of infections remains high. President Trump has recently backed off his idea of "reopening" the economy by Easter and has prolonged social distancing guidelines through the end of April.