Lebanon's government is dysfunctional for a reason 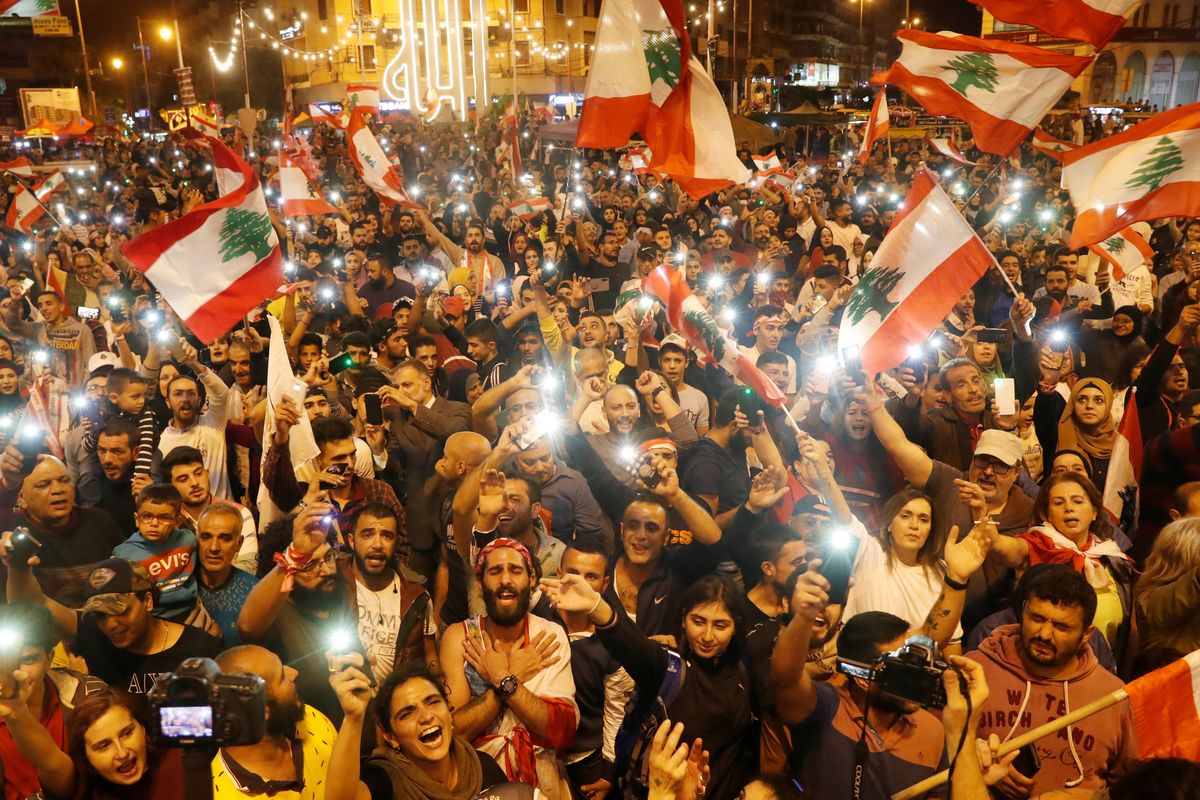 The precise demands of a leaderless anti-government protest movement in Lebanon are hard to pin down. But one recurring theme among the crowds that forced Prime Minister Saad Hariri to resign last week has been a call to retool the country's sectarian political system, which gives the country's top jobs to people based on their religion. It's a hard way to govern a country efficiently– no wonder people are mad! But in Lebanon's case, the political dysfunction is partly by design.

Why is Lebanon's system like this? When Lebanon declared independence from France in 1943, its leaders had to defuse tensions between the country's various Christian and Muslim populations. Their solution was a National Pact: the President would always be Christian, the speaker of the parliament a Shia Muslim, and the prime minister a Sunni Muslim. Parliamentary seats were also dished out based on a 1932 census which showed Christians in a slim majority. There has not been a census since. And that's part of the problem.

The National Pact system held for thirty years until sectarian tensions – driven in part by a fast-growing Muslim population's sense of being underrepresented – exploded into a 15-year kaleidoscopically complicated civil war that drew in a host of foreign powers and left some 120,000 people dead.

To end the fighting, the war's main players agreed to the Ta'if Accords in 1989, which tweaked the sectarian system to give Muslims more power, but more or less left things in place. That cemented a fragile peace, but it also led to massive corruption, ballooning national debt, and political dysfunction as leaders got used to doling out inflated state contracts to cronies from their own sects.

Lately, it's been getting worse. Between 2014 and 2016, it took the parliament 46 tries just to elect a president. And a few years ago, an (almost literal) dumpster fire of graft and sectarian squabbles halted garbage collections nationwide, giving rise to the You Stink movement, a precursor to today's protests.

Is it possible to undo this system? Not easily. This is a deeply entrenched arrangement that goes back generations. Political bosses may squabble with each other over the size of their slices, but they'll likely band together to keep from losing the pie altogether.

Worse yet, loosening or doing away with the sectarian system could bring results that not everyone would like. Shia Muslims are almost certainly the largest sectarian group now (again, no one knows, because the government has avoided a census for decades.) That means that in a more open system, Hezbollah would stand to gain immense power, potentially putting the government in the crosshairs of the US, which regards Hezbollah as a terrorist group. Christian minorities would also worry about their safety in a system unless it gave ironclad guarantees of their security.

The upshot: Thirty years ago, Lebanon made a bargain – peace, but at the cost of political dysfunction. Today a generation raised after that moment is fed up with the status quo, but it remains to be seen whether it's possible, or desirable, to fundamentally change it.