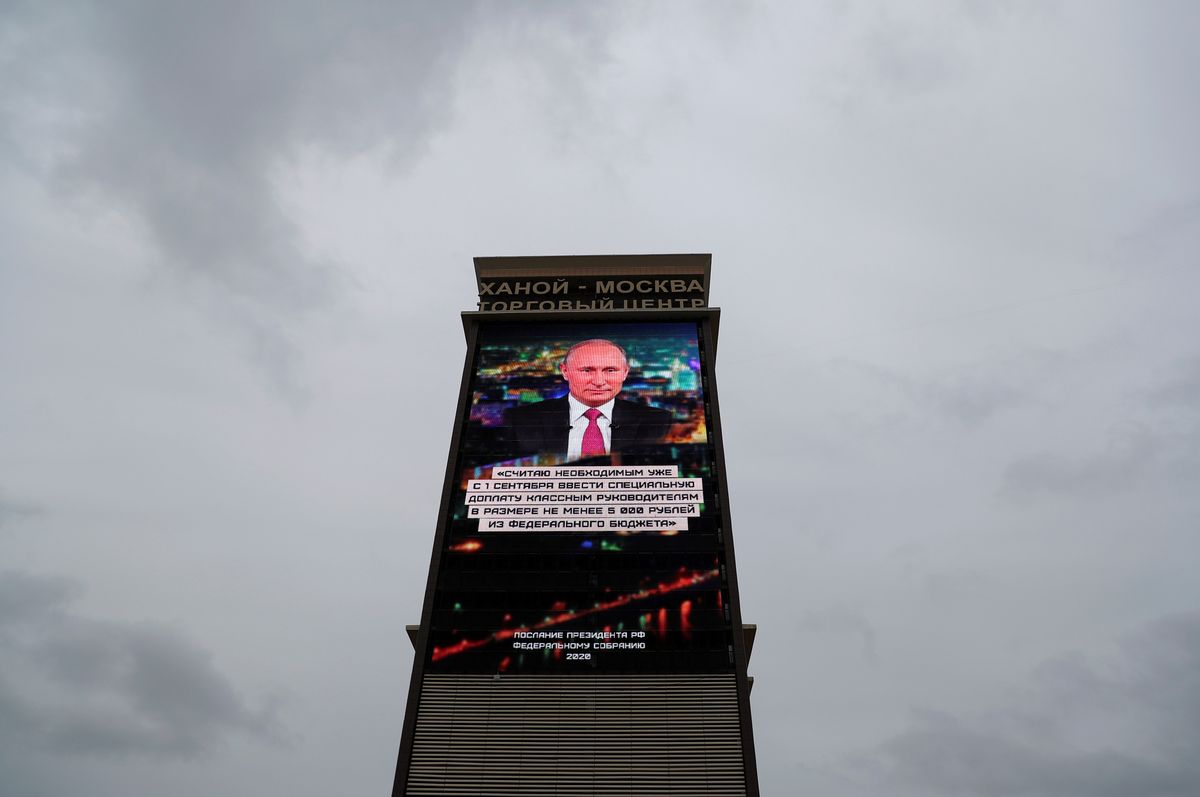 Vladimir Putin has ruled Russia for twenty years, but he has a problem: his current presidential term ends in 2024, and the constitution prevents him from running for re-election then.

As a result, the question of what he'll do in 2024 has been on the minds of Russia's oligarchs, spooks, bureaucrats, and a lot of ordinary folks, as well. After all, over the past two decades, Putin has made himself, for better and for worse, the indispensable arbiter, boss, and glue of Russia's sprawling and corrupted system of government. As the current speaker of Russia's legislature once said, "Without Putin, there is no Russia." Not as we currently know it, no.

The last time Putin faced the constitutional limit of two consecutive presidential terms back in 2008, he simply installed his pal Dmitry Medvedev as president and worked "like a galley slave" for four years as Prime Minister, while keeping all the real power for himself. In 2012, he again became president – one of the things that sparked mass protests that year.

This time, he looks set to make a different plan. Earlier this week, he proposed a constitutional referendum that would bring big changes to Russia's political system by transferring powers from the presidency to the State Duma (Russia's legislature) and "firming up the status" of the State Council, which until now has been a Kremlin advisory body with a vaguely defined purpose.

These proposals immediately set off speculation: would Putin become Prime Minister after 2024 in a system where the Duma holds much more power? Or would he indicate a preferred presidential successor, clip that person's wings, and then head a beefed-up State Council as a kind of "father of the nation" figure, above the quotidian fray of politics?

For now, it's still impossible to know exactly what Putin will do. His style is to keep people off balance until the very last minute (he pulled Medvedev out of a hat almost on the eve of the 2008 presidential election.)

But looking ahead, here's what we can say:

Until 2024: Putin keeps his power and his options wide open to avoid whispers that he's become a lame duck. So long as Russia's power set is uncertain about what happens next, Putin has the initiative.

After 2024: So long as Putin lives, he likely holds onto power. Whether that power comes with an official post doesn't matter. Whatever position he occupies will in practice become the most powerful position in Russia, not because of any laws, but because Putin is the person who holds it.

After that: Putin's a hardy guy, especially for a 67-year-old, but he won't be around forever. What does Russia look like after Putin is truly gone? When systems are built so firmly around one person, the loss of that person creates a fundamental problem. Russia's not there yet, but one day it will be.