A Tense Engagement Over The Golan 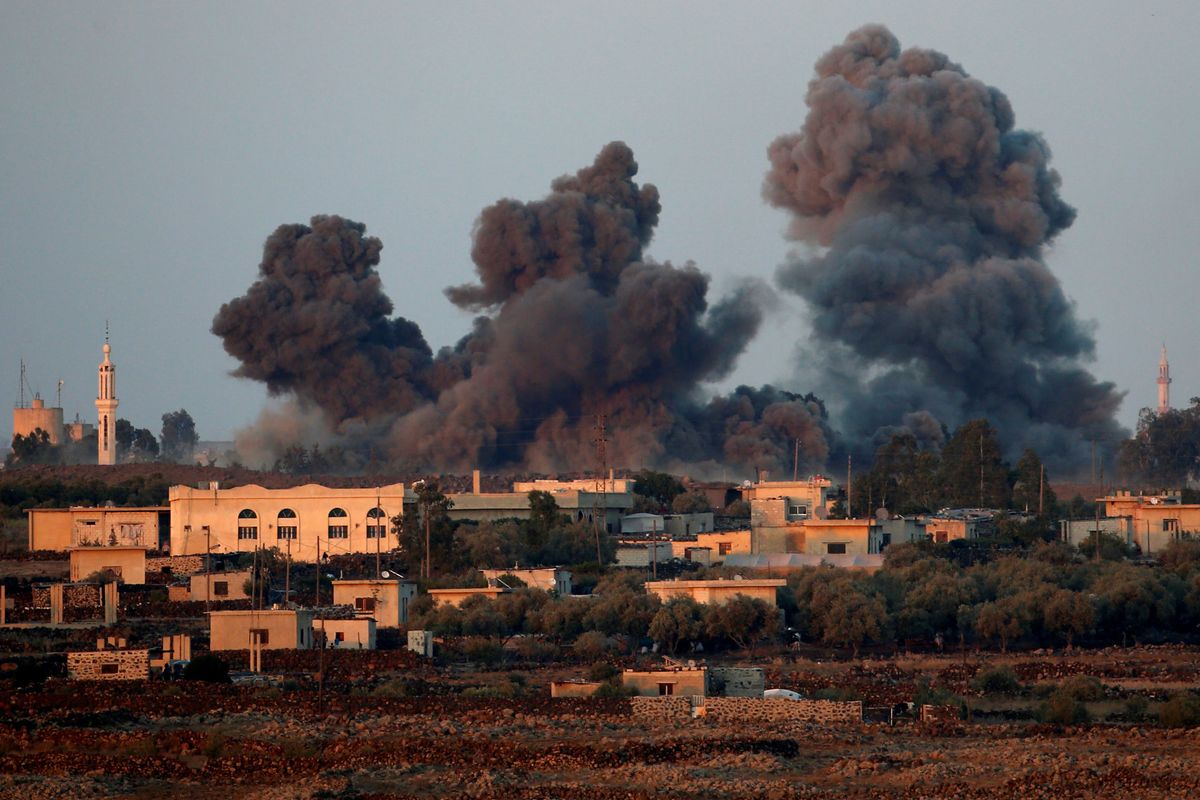 On Tuesday, the Israel Defense Forces used two surface-to-air missiles to shoot down a Syrian fighter jet that strayed two kilometers into Israeli airspace over the Golan Heights. It is the first time Israel has shot down a manned Syrian aircraft in four years, and comes at a time of heightened tensions in the region, as Syrian strongman Bashar al-Assad moves to mop up remaining resistance to his regime, and a host of foreign countries with a stake in the conflict push to shore up their interests. Here's Willis Sparks with the rundown on what it all means.

Why did this happen?

Israeli defenses are on high alert at the moment, because Assad’s forces are attacking Syrian rebels in areas near the Israeli border. Assad is close to reestablishing control of territory long held by rebel groups. The Israeli action appears to have been an automatic response to a Syrian jet that got too close.

That said, a major escalation in response to this particular incident is unlikely. Israel understands that Assad has survived Syria’s civil war and will remain in power, but it wants to signal to his victorious forces that they must respect Israeli airspace and defenses now and in the future. The Syrian government will continue to issue complaints and threats, but Syria is fighting rebels, not Israel.

How does this piece fit in the broader puzzle?

This otherwise isolated incident is interesting because it highlights the complex overlapping relationships playing out in a very tight space. A few key facts:

Throw in Turkish forces, various Kurdish groups, surviving Syrian rebels, the remnants of ISIS, ambitious Russians, internal Trump administration tensions over relations with Moscow, an increasingly isolated and frustrated Iranian leadership, and some keenly interested Saudis and there is plenty of suspicion, hostility, and weaponry to keep the region on simmer for the foreseeable future.