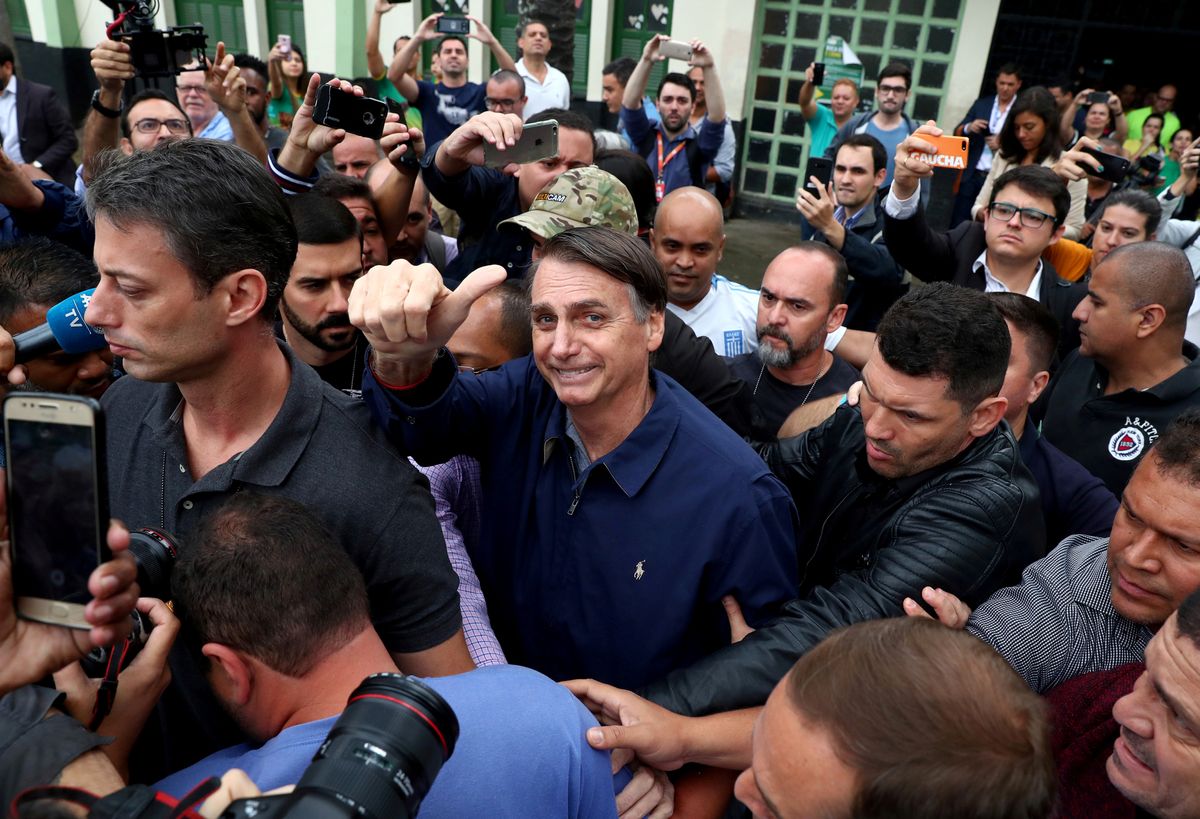 As expected, Jair Bolsonaro and Fernando Haddad have advanced to the second round of Brazil’s presidential election, which will be held on October 28. There were two surprises. First, with 46 percent of the vote, the surging Bolsonaro nearly won without the need for a runoff. Second, in the country’s congressional elections, a populist wave has lifted his once-obscure Social Liberal Party (PSL) to new heights.

Bolsonaro, a controversial law-and-order candidate, will probably win the head-to-head matchup with Haddad later this month, but his extreme unpopularity with voters on the left will help Haddad make it closer than the first-round margin might suggest.

The bottom line: Another set of voters has demanded dramatic change. Just as establishment figures in the United States, France, Germany, Italy, Mexico, Pakistan, and Sweden have lost significant ground to fresh faces and new parties over the past two years, Brazilians have sent familiar presidential candidates, incumbent governors, and long-time lawmakers packing.

It’s clear that the worst recession in the country’s history, its largest-ever public corruption scandal, and one of the world’s highest murder rates have taken a heavy toll on the country’s political elite. Bolsonaro appears to be the beneficiary, and his likely victory on October 28 will shift the country’s government further from the emphasis on poverty alleviation and inclusion of the Workers Party governments of the past toward a focus on conservative social values and an increasingly tough-minded (sometimes brutal) approach to law enforcement.

Now for the catch: Change costs money, and the new president, probably Bolsonaro, won’t have much to work with. About two-thirds of Brazil’s federal budget is automatically directed toward payment of pensions, public health care, and the salaries of government workers. If more money is to go toward badly needed investment in the country’s tumble-down infrastructure or to help police restore order in the country’s largest cities, entitlement reform is crucial. That means building a political coalition to change the country’s constitution.

Bolsonaro’s party will increase the number of its seats from 8 to 52 in Brazil’s 513-member lower house of Congress, but unless the tough-talking new chief executive is willing to cut deals with a large number of lawmakers in a large number of different political parties, and fight to prevent the legislative watering down of painful spending reforms—and unless a new president despised by a significant number of citizens can persuade them that austerity is necessary, some of Brazil’s biggest problems won’t be addressed.