Yesterday, Vladimir Putin was inaugurated for the fourth time as Russian president, marking more than 18 years in power. To understand just how much the world has changed since this steely former spook was first given the keys to Russia by an ailing Boris Yeltsin, consider that in 1999, phones were still dumb, Cristina Aguilera’s Genie in a Bottle was a chart-topper, and Italy’s economy was larger than China’s.

Since then, Putin has outlasted dozens of other world leaders. Here’s a look at how his unbroken tenure in power stacks up against political turnovers elsewhere in the world. 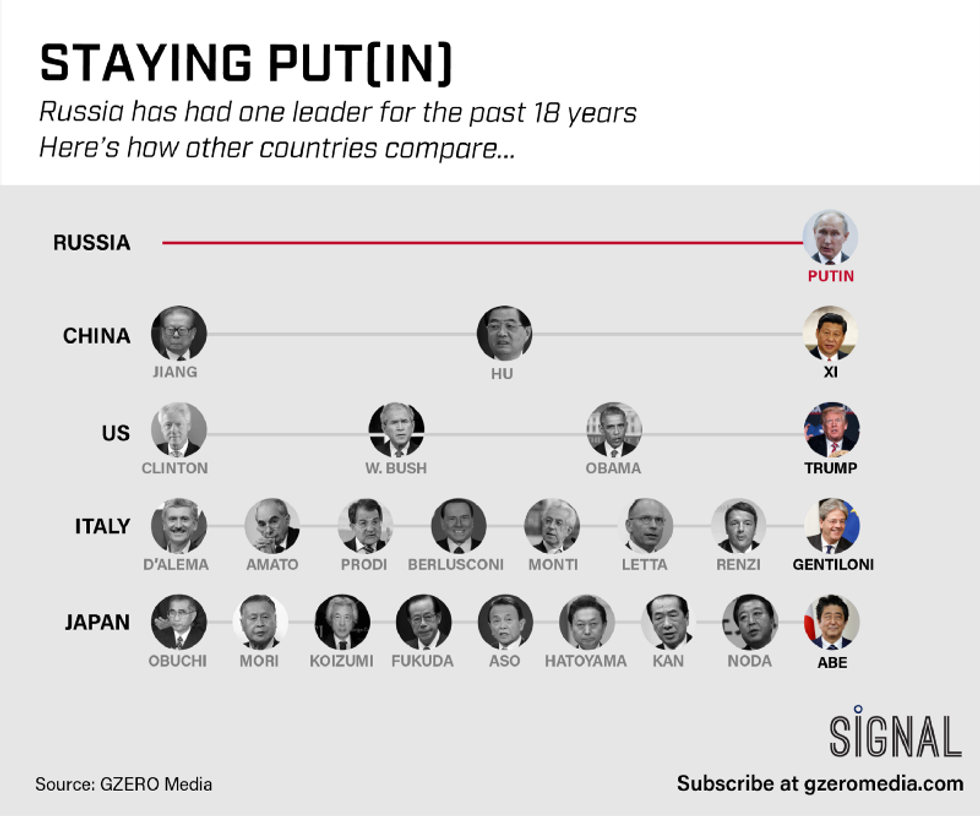 Ukraine and the global food crisis: how bad will it get?

In Asia to fix imbalance, Biden talks both guns and butter

Is the world coming apart? Drama at Davos

The Graphic Truth: Carb prices on the rise