Moon In The Middle: Another Koreas Summit 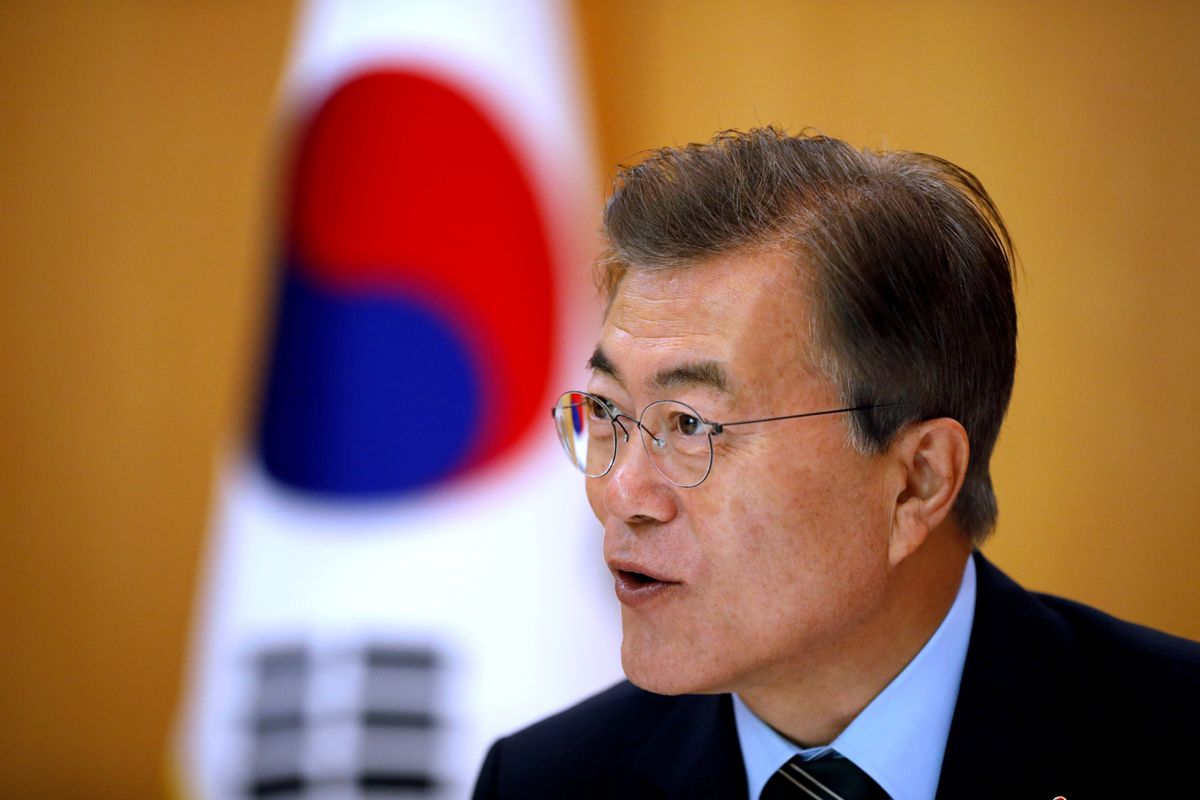 Moon arrives in a tough spot. His last meeting with Kim, in May, was a huge hit at home, but since then a botched minimum wage increase and a scorching summer of high utility bills have sent his approval ratings into a tailspin. Now that the novelty of noshing on Pyongyang naengmyeon noodles with the North Korean despot has worn off, Moon needs a breakthrough with the North – either on nuclear negotiations or his plans to broaden cross-border economic ties – to win over a wary South Korean public.

On the economic front, an opening to the North would underpin peace on the Korean Peninsula and give a boost to South Korea’s economy. The two countries opened an economic liaison office last week, and Moon has big plans for new cross-border infrastructure projects. South Korean companies, of course, are eyeing a massive and cheap labor force north of the border.

But there’s not much more Moon can do to forge those commercial ties without running afoul of stringent US and UN sanctions against Pyongyang – something that Moon is unlikely to risk, as it could mean getting hit by trade actions from the US. Those sanctions, in turn, can’t come off until the North shows more progress on denuclearization – and there’s the rub.

While US President Donald Trump and Kim continue to say nice things about each other, staff level negotiations on the North’s nuclear program have hit a wall. Progress has been so slow that Secretary of State Pompeo recently cancelled a planned trip to Pyongyang.

The sticking point is that neither side can agree on who should do what first. Kim fears for his own survival without a nuclear arsenal and has called for a formal end to the Korean War as a prelude to further discussions about dismantling his weapons program. The US isn’t willing to grant that unless Kim comes clean about what he has in his arsenal and commits to a schedule for international inspections. The South Koreans are caught in the middle: they agree with the US position in principle but want to prevent the diplomatic process from grinding to a halt entirely.

So where does that leave Kim? He wants broader economic ties with the South, of course, but he can probably afford the status quo of indefinite footsie for now. His diplomatic charm offensive has defused the prospect of any further sanctions and all but eliminated the chances of a US-led “bloody nose” strike on his country. Meanwhile, Russia and China (which is none too pleased with Mr. Trump at the moment) are increasingly turning a blind eye to sanctions enforcement, and even some South Korean firms have been caught black-handed importing coal from the North.

But most importantly, the spotlight is on Moon: how he balances the challenges of high domestic expectations and strong external constraints in the next three days will determine what comes next in the efforts to rein in North Korea’s nuclear program and bring peace to the peninsula.