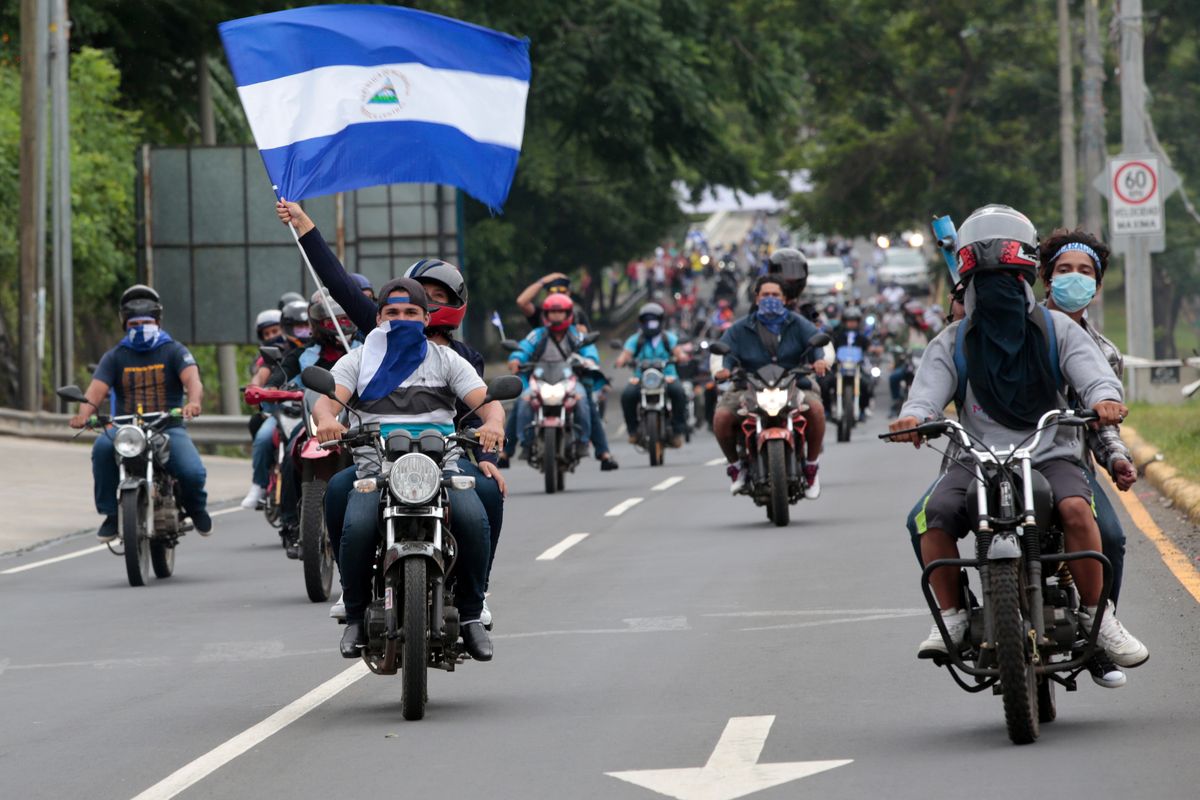 Over the past several months the tiny Central American nation of Nicaragua has been rocked by some of the worst political violence the region has seen in decades.

The unrest began in April when President Daniel Ortega’s government cracked down on protests against an unpopular pension reform. Hundreds have been killed since. On Saturday, two more died as government-backed paramilitaries laid siege to a church complex in the capital city of Managua where students, priests, and journalists had taken refuge. Thirteen countries in Latin America have condemned the Ortega government’s actions.

President Ortega is one of the region’s wiliest political survivors. He first took power in 1979, leading a revolution by the Marxist-Leninist Sandinista Liberation Front, which prompted a decade-long, ruinous civil war against US-backed right-wing paramilitaries.

He stepped down after losing elections in 1990. But after reinventing himself as a milder sort of socialist with a business-friendly streak and more piously Catholic outlook, Ortega won the presidency in 2006 and has consolidated power ever since: abolishing constitutional term limits, appointing his wife as vice president, and handing immense media power to his children.

Ortega claims he and his wife are merely keeping order against a US-backed attempt to overthrow his government. But as a detached, nepotistic ruler cracking down on journalists and students, he has prompted protest chants that compare him with Anastasio Somoza, the man he overthrew nearly 40 years ago.

Is Ortega too on his way out? As Venezuela’s Nicolas Maduro (whom Ortega has cultivated ties with) has shown to chilling effect, rulers can stay in power for a long time so long as the men with guns stay on side.

But an increasingly bloody standoff in Nicaragua could have repercussions across the region. In contrast to the so-called “Northern Triangle” countries of Guatemala, Honduras, and El Salvador, where the governments’ inability to provide even basic security has caused homicide rates to soar and prompted hundreds of thousands of asylum seekers to head north, Nicaragua has enjoyed relative stability in recent years. As the crisis there deepens, that relative calm could fade fast, putting increasing pressure on Nicaragua’s northern neighbors.