Graphic Truth: One People. Too Different?

As North Korean leader Kim Jong-un prepares to meet with South Korean President Moon Jae-in, the prospect of peace between the two Koreas is on the agenda. For Moon, peace (even if symbolic) represents the first step in the long road toward a possible reunification of the two Koreas. While any serious movement in that direction is years away, here’s a glance at the massive differences in population, economy, and living standards that Seoul and Pyongyang would have to surmount in any future tie-up. 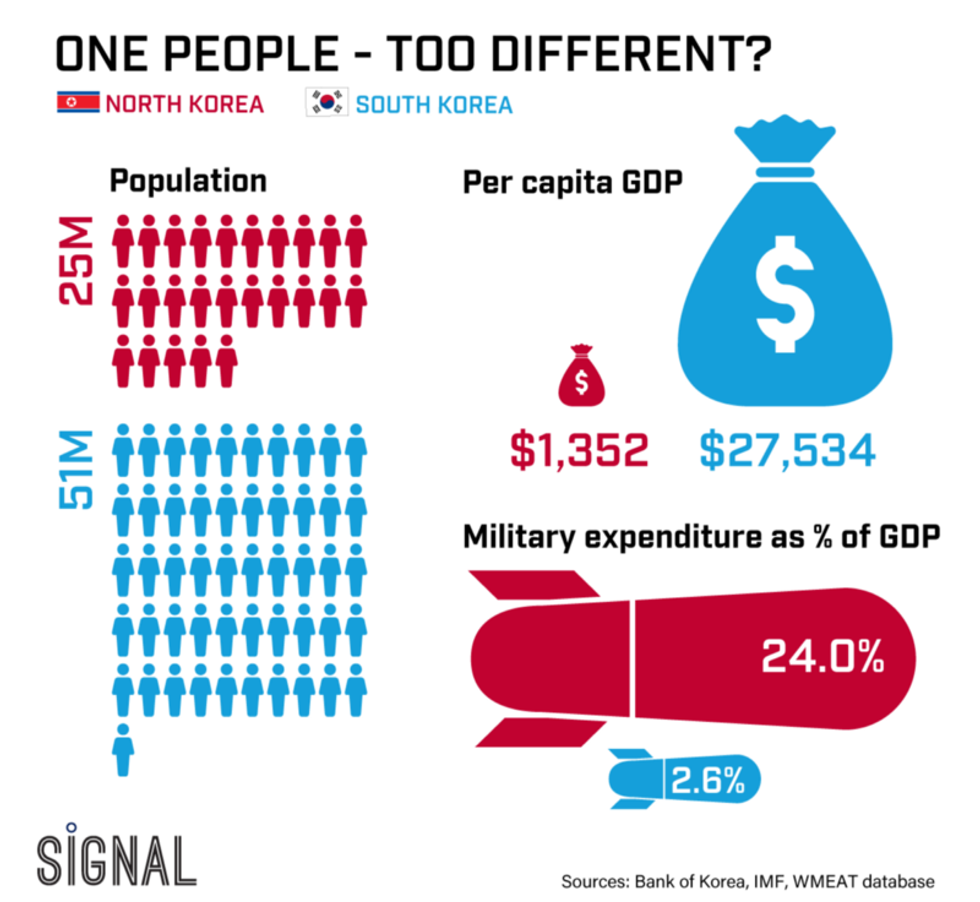 Ukraine & Moldova are on the path to EU membership

Biden's trip to Saudi Arabia is about more than pumping oil

Can a deadly quake inspire change for Afghanistan?

What We’re Watching: The future of abortion in America, Madrid hosts NATO summit

How to consolidate power by creating an enemy

Podcast: How we overcome infectious disease with a public health renaissance